A new Veterans Affairs study finds a strong link between PTSD symptom severity and anxiety sensitivity among female Veterans who have experienced military sexual trauma. The researchers say treating the anxiety problem may be a way to ease core PTSD symptoms. 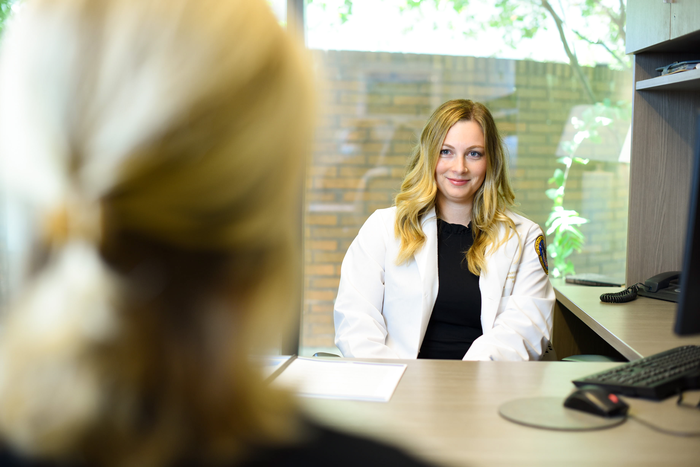 A new Veterans Affairs study finds a strong link between PTSD symptom severity and anxiety sensitivity among female Veterans who have experienced military sexual trauma. The researchers say treating the anxiety problem may be a way to ease core PTSD symptoms.

The results appeared in the journal Military Psychology in September 2021.

PTSD is characterized by various symptoms grouped together due to their similarity, with four known clusters:

The researchers found that anxiety sensitivity was strongly related to two of the clusters–arousal and reactivity, and negative changes in cognition and mood—but not to intrusion and avoidance. “Given the [treatable] nature of [anxiety sensitivity], future research should examine the extent to which targeting this cognitive-behavioral construct reduces PTSD symptoms among such samples,” Ennis and her team write.

A growing body of research is showing that brief psychological treatments designed to combat myths regarding the danger of physical symptoms of anxiety, coupled with repeated exposure to these sensations, can lead to reductions in anxiety sensitivity, according to Ennis. Interoceptive exposure, which is based on getting someone used to the physical sensations of anxiety, is one such treatment.

“For example, for someone who really fears their heart is racing because they’re worried that they’re going to have a heart attack, we may have them run in place over and over again to get them used to that physical sensation,” Ennis says. “Or for someone who feels like they get really nervous when their breathing changes … when they’re anxious, we may have them hyperventilate over and over again to show them that there’s no danger in hyperventilating and that nothing bad happens.”

Interoceptive exposure, Ennis notes, is mainly used as a treatment for panic disorder because anxiety sensitivity is strongly linked to panic disorder. It could be used as a complementary treatment to medication or one of the trauma-focused psychotherapies VA uses to treat patients with PTSD—cognitive processing therapy or prolonged exposure.

“Importantly, research has shown that reducing a person’s anxiety sensitivity can, in turn, reduce his or her PTSD symptoms,” she adds.

Dr. Ariel Lang is a clinical psychologist at the VA San Diego Healthcare System who specializes in anxiety- and trauma-related disorders. She’s not surprised about the strong link in Ennis’ research between anxiety sensitivity and the PTSD symptom clusters of arousal and negative thoughts.

“Anxiety sensitivity is when you’re afraid of your own anxiety-related physical sensations,” Lang explains. “It drives people who have panic disorder and is super-common in PTSD, because people with PTSD have these panicky feelings. When something terrible happens to you, your body’s fight-or-flight response kicks in, and you get this rush of fear.

“People can be very uncomfortable with that feeling,” she adds. “It’s not pleasant to have that fearful feeling, which can happen at times when people don’t want it to happen. It takes on its own life because you’re essentially creating a vicious circle. The more afraid you are of your fear, the more fearful you’ve become, and the more you have to be afraid of. That’s why it would relate to the hyperarousal symptoms and some of the other symptoms that are involved in the way you look at the world.”

In Ennis’ study, the researchers note that the exact rate of military sexual trauma is unknown due to methodological diversity and underreporting rates. But the study refers to a 2018 analysis that found that 15.7% of military personnel and Veterans experience a sexual assault, and that 31.2% of people experience sexual harassment while in the service. The same analysis, which combined the results of many studies, found that reported rates of military sexual trauma are much higher among women than men.

Moreover, the relation between PTSD and military sexual trauma is nearly three times stronger among women than men.

Thus, the need to identify [flexible] reasons that may account for these associations has become increasingly important, according to Ennis and her colleagues.

The study sample included 50 female Veterans receiving mental health services in a military sexual trauma clinic at the Southeast Louisiana VA. The participants completed a diagnostic interview and a brief series of self-report questionnaires to provide data for the researchers.

PTSD was the most common mental health disorder, followed by a depressive, anxiety, and-or personality disorder. Eighty-two percent of participants said military sexual trauma was their worst traumatic event for the purposes of assessing PTSD. Seventy percent were Black, and nearly 25% were White. More than a third of the Veterans were in combat in Iraq and Afghanistan, and about a third were divorced.

Regarding the key finding that anxiety sensitivity was strongly tied to arousal and negative thoughts and emotions, but not to the intrusion and avoidance clusters, the researchers gave several explanations, including the decision to control for depression.

“Depression is one of the most prevalent mental health conditions found among Veterans and often co-occurs with PTSD,” Ennis said. “As such, we wanted to ensure that the relationship between anxiety sensitivity and PTSD was not better explained by depression. That is, controlling for depression allowed us to demonstrate a relationship between anxiety sensitivity and PTSD above and beyond the contribution of depression.”

The study had limitations, including the relatively small sample size, that may have limited the researchers’ ability to detect major links between anxiety sensitivity and all of the PTSD symptom clusters. The investigators also relied only on self-report measures and produced findings that may not apply to broader military sexual trauma populations, given the underreporting rates of military sexual trauma in VA.

The researchers did not use the Clinician-administered PTSD Scale for DSM-5 (CAPS-5), the gold standard for assessing PTSD symptom frequency and severity.

“As you can imagine, when you’re filling out a self-report questionnaire, people have a tendency to highlight some things and say yes to some of those questions,” she says. “CAPS-5 is going to be more accurate for a diagnosis. In other words, we can’t diagnose everyone in this sample with PTSD based on them filling out a self-report questionnaire because they weren’t interviewed and clinically diagnosed by a psychologist. In the future, we’d like to replicate some of these findings more specifically in folks who have been diagnosed with PTSD.”

Future studies, the researchers write, “should seek to address these limitations by using larger, more diverse samples, multi-method assessments [that include CAPS-5], and [long-term] designs. Additionally, future research should examine the extent to which certain factors, such as sex and race, moderate these findings.”

Plus, Veteran levels of anxiety sensitivity and PTSD would be assessed before and after treatment, as well as at a later time point. “We would expect that reductions in anxiety sensitivity from pre- to post-treatment would be associated with reductions in PTSD symptoms from pre-treatment to follow-up,” Ennis says. “Larger-scale research like this is very much needed.”