Bat cells have specific molecular barriers to deal with SARS-CoV-2 replication, according to a study published in Journal of Virology —publication of the American Society of Microbiology— which includes the participation of Jordi Serra-Cobo, lecturer of the Faculty of Biology and the Biodiversity Research Institute (IRBio) of the University of Barcelona and expert on ecoepidemiological studies. 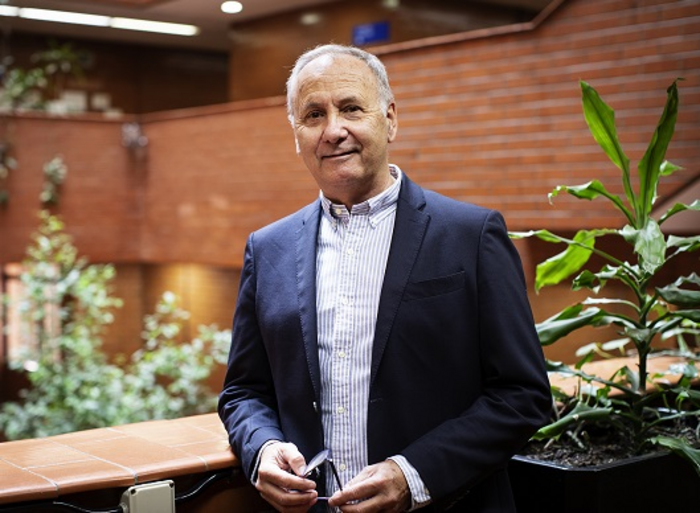 Bat cells have specific molecular barriers to deal with SARS-CoV-2 replication, according to a study published in Journal of Virology —publication of the American Society of Microbiology— which includes the participation of Jordi Serra-Cobo, lecturer of the Faculty of Biology and the Biodiversity Research Institute (IRBio) of the University of Barcelona and expert on ecoepidemiological studies.

The study was carried out on primary cells of bat species which had been little studied and which circulate around Europe and Asia (specifically, Rhinolopuhs ferrumequinum, Myotis myotis, Eptesicus serotinus, Tadarida brasiliensis and Nyctalus noctula). These cellular lines were obtained through small biopsies carried out on the wings of the bats —for instance, in bat colonies of Myotis myotis in Majorca and other cell lines brought by some research teams that took part in the study. As stated in the conclusions, these cellular models defined in chiropterans are shaped as tools of scientific interest to study the evolutionary relationship between bats and coronaviruses.

The study, led by the experts Nolwenn Jouvenet and Laurent Dacheux, from the Institute Pasteur in Paris, includes the collaboration of experts from research institutions in France, the Czech Republic and Switzerland.

How do bats protect themselves from viral infections?

Coronaviruses are present in many animal species worldwide, such as bats (chiropteans). In this context, the scientific literature has described for years the great resistance of some chiropteran species towards the viral infection. In these flying mammals, the immune system is on a pre-alert stage, a condition that allows a faster response to viral infections. For most mammals, having an immune system on a constant pre-alert state would involve inflammation problems but this is not the case for bats, which is why they are the focus of many international epidemiological and immunological studies.

As part of the study, the team analysed the ability of primary cells from different bat species to support SARS-CoV-2 replication. “The results reveal that none of these cells was permissive to the infection, not even those expressing detectable levels of angiotensin-converting enzyme 2 (ACE2), a metallopeptidase that serves as a viral receptor in many mammal species”, says Jordi Serra-Cobo, member of the Department of Evolutionary Biology, Ecology and Environmental Sciences of the UB and the only expert in Spain to take part in this study.

“The cells did not allow the infection in the species Rhinolophus ferrumequinum, a chiropteran from the same genus as the Asian bat in which the BANAL-52 virus was found, a potential ancestor of SARS-CoV-2. Specifically, the genetic sequences of the BANAL-52 virus is 96.8% similar to that of SARS-CoV-2”, says Serra-Cobo, distinguished expert in studies with bats as natural reservoirs of infectious agents like coronaviruses.

Humans and chiropterans vs. SARS-CoV-2 infection

Regarding the human species, it is known that the SARS-CoV-2 spike protein binds to the cell membrane receptor ACE2 and then the virus infects the cell. “In the case of the chiropteran cells, either the amount of ACE2 enzyme is small and it no longer enters the cell or, if the virus binds to ACE2, it cannot infect the cell”, highlights Serra-Cobo.

From a global perspective, this study contributes to a better understanding of the fighting mechanisms against viral infections. This is a line of research that has been carried out for years by the team led by Serra-Cobo at the UB and IRBio and which is now gaining strength within the framework of the EvoDevo-Cat research group at the Faculty of Biology of the UB.

“Specifically, our team is working to understand the adaptations of the chiropterans regarding viral infections. An important number of zoonotic viruses circulate in chiropter populations without causing symptoms of the disease in the carriers”, notes the researcher.

“Over the course of the evolutionary history of chiropterans —about 64 million years—, there have been processes of coevolution between bats and viruses. One example of these processes is in the adaptation to coronaviruses. The study of the evolutionary adaptations of living beings to deal with viral infections is of great interest, since they provide information that can have medical applications”, concludes Jordi Serra-Cobo.