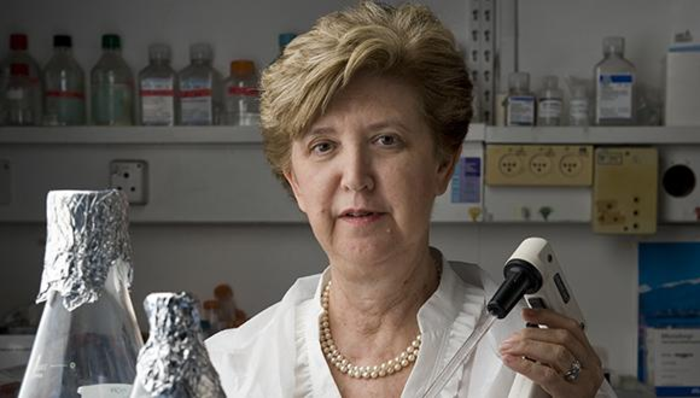 Researchers at Tel Aviv University, led by Prof. Illana Gozes from the Department of Human Molecular Genetics and Biochemistry at the Sackler Faculty of Medicine and the Sagol School of Neuroscience, have unraveled a mechanism shared by mutations in the genes ADNP and SHANK3, which cause autism, schizophrenia, and other conditions. The researchers also found that an experimental drug previously developed in Prof. Gozes’ lab is effective in lab models for these mutations and may be suitable for treating a range of rare syndromes that impair brain functions.

According to the researchers, the encouraging results may lead to effective treatments for a range of rare syndromes that impair brain functions and cause autism, schizophrenia, and neurodegenerative diseases like Alzheimer’s.

The paper was published in the scientific journal Molecular Psychiatry.

Prof. Gozes: “Some cases of autism are caused by mutations in various genes. Today we know of more than 100 genetic syndromes associated with autism, 10 of which are considered relatively common (though still extremely rare). In our lab we focus mainly on one of these, the ADNP syndrome, caused by mutations in the ADNP gene, which disrupt the function of the ADNP protein, leading to structural defects in the skeleton of neurons in the brain.  In the current study, we identified a specific mechanism that causes this damage in mutations in two different genes: ADNP and SHANK3 – a gene associated with autism and schizophrenia. According to estimates, these two mutations are responsible for thousands of cases of autism around the world.”

To start with, the researchers obtained cells from patients with ADNP syndrome. They discovered that when the ADNP protein is defective, neurons with faulty skeletons (microtubules) are formed, impairing brain functions. They also found, however, that ADNP mutations take different forms, some of which cause less damage.

Prof. Gozes, who is also Director of the Adams Super Center for Brain Studies at TAU, explains: “We discovered that in some mutations, a section added to the protein protects it and reduces the damage by connecting to a control site of the neuron’s skeletal system. We know that this same control site is found on SHANK3 – a much studied protein, with mutations that are associated with autism and schizophrenia. We concluded that the ability to bond with SHANK3 and other similar proteins provides some protection against the mutation’s damaging effects.”

At the next stage of the study, the researchers found additional sites on the ADNP protein that can bond with SHANK3 and similar proteins. One of these sites is located on NAP, a section of ADNP which was developed into an experimental drug (Davunetide) by Prof. Gozes’ lab.

Moreover, the researchers demonstrated that extended treatment with Davunetide significantly improved the behavior of model animals with autism caused by SHANK3.

Prof. Gozes: “In previous studies we showed that Davunetide is effective for treating ADNP syndrome models. The new study has led us to believe that it may also be effective in the case of Phelan McDermid syndrome, caused by a mutation in SHANK3, as well as other syndromes that cause autism through the same mechanism.”

The experimental drug Davunetide was recognized by the FDA as an orphan and rare pediatric drug for future treatment of the developmental syndrome ADNP and is protected by patents through Ramot, the technology transfer company at Tel Aviv University and exclusively licensed to ATED Therapeutics Ltd.

ATED was formed around the work of Dr. Gozes by experienced business managers to develop Davunetide for clinical use. ATED is led by Dr. Jeff R. Swarz as CEO, Joe Chiarelli as CFO, an experienced clinical trial Chief Medical Officer, and Dr. Gozes as Chief Scientific Officer.

ATED’s broad focus is on diseases of the central nervous system (CNS). Our initial target is a chronic, debilitating form of autism called ADNP Syndrome (activity-dependent neuroprotective protein) that affects about 3,000-5,000 patients (ages 1-17) worldwide. The lead compound, Davunetide, is patented, safe, non-toxic, and has been tested in over 300 adult patients. As there is no treatment for ADNP Syndrome, it has rare pediatric and orphan drug designation from the FDA.