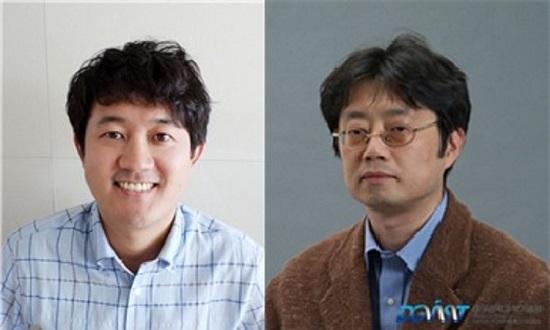 Even the academia has only theoretically predicted the ionization energy area of 2D atomic structures and has had difficulties in proving the actual existence of structure. However, Professor Hyunmin Kim’s research team at DGIST could observe the actual structure using ‘time-resolved second harmonic generation (TSHG) imaging system’ it developed, proving the existence of disulfide band gap layers.

The ‘time-resolved second harmonic generation imaging system’ can generate the images of the sounds of atomic-layered structure in 300nm of high-resolution, playing a critical role in making the research successful. This system increased the sensitivity of measuring the dispersion effects of layer noise and observed electron movements inside transition bands, which are visible rays and near-ultraviolet rays using the probing energy of infrared bandwidth.

Dr. Kim said “Through this research, we will be able to clarify the structure of multilayer band gaps existing in various atopic structures besides the rhenium disulfide that was observed this time. It provided important elements to analyze the unidentified causes of electronic activities which contribute to driving the optical sensors and photocatalysts of various 2D structures. In the future, I hope to develop a device that operates both optically and electrically by a new band gap.

In addition, Professor Lee, who calculated the theories of research, said “We could observe multi-layer bandgaps in this research, which will greatly help with related researches such as observing band gaps of junction structures and improving device agglomeration in the future.”

This study has been published online on Light: Science and Application, on November 28, 2018, a sister magazine in optical science of world-renowned academic journal Nature.

Research Paper on Journal of Light: Science and Applications

Scienmag Mar 7, 2019
The nanoparticle platform for this respiratory syncytial virus study will be applied to vaccine research on flu,…

Anti-inflammatory drug is the key to boosting cardiac reprogramming