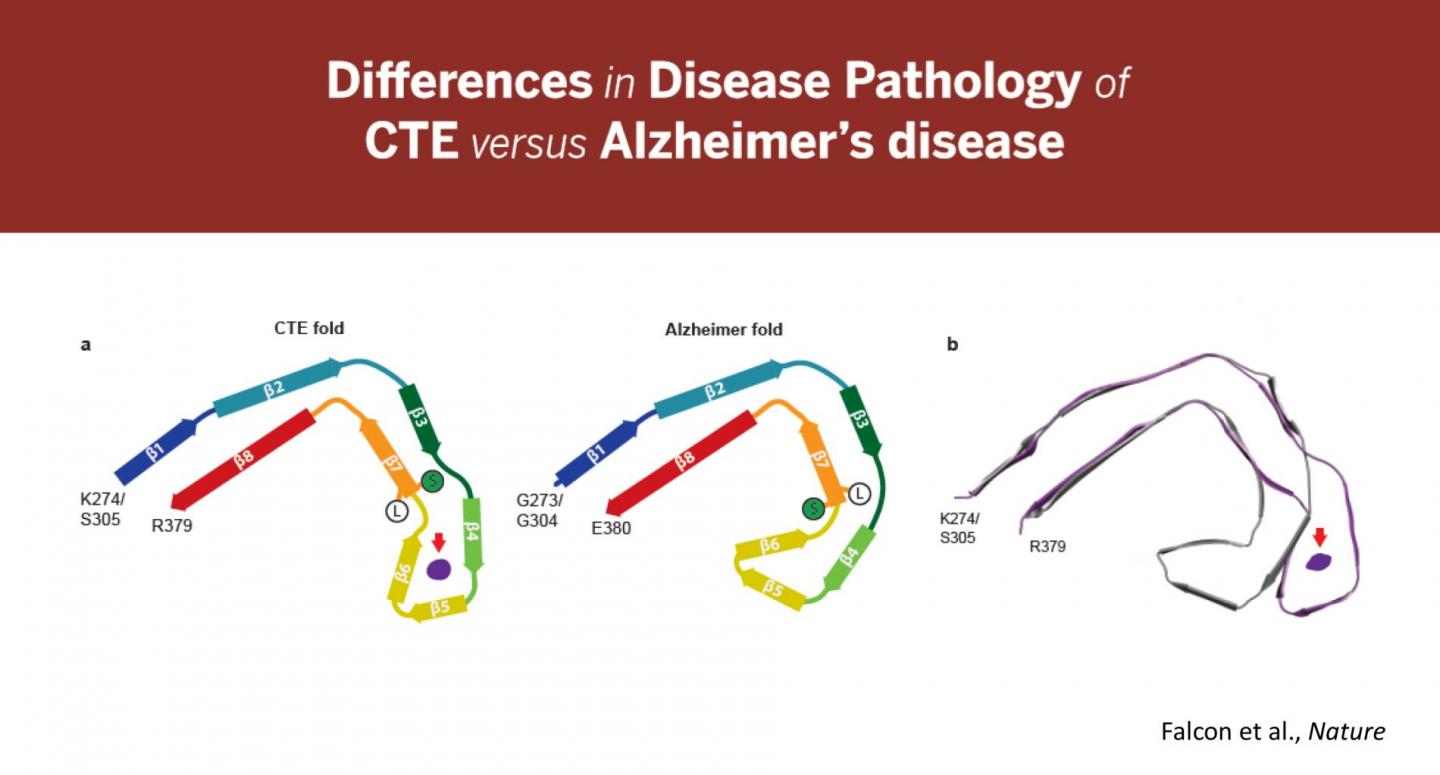 INDIANAPOLIS — An international team of scientists at Indiana University School of Medicine, University of Kansas and the U.K. Medical Research Council have dismantled the belief that Alzheimer’s disease and Chronic Traumatic Encephalopathy have identical pathology. Their discovery offers options for improved diagnosis and potential targeted treatments.

CTE has been making headlines across the sports world. Often referred to as the disease of boxers and football players, CTE may develop in a person following multiple blows to the head. The main characteristic of CTE is the abundance of the aggregated insoluble tau protein, which results in the formation of tau tangles in an individual’s brain cells.

Large numbers of tau tangles also exist in Alzheimer’s disease. Historically, it was believed that CTE and Alzheimer’s disease tau tangles were made in the same way. Instead, what the international research team found and is reported March 20 in the peer-reviewed scientific journal Nature is a much different story.

Using cryogenic electron microscopy (cryo-EM), the researchers examined tau tangles extracted from the brains of an American football player and two professional boxers, all recognized neuropathologically as having suffered from CTE. What they determined is that the fold of the abnormal tau protein in CTE is different from the tau fold in Alzheimer’s disease. This same research team discovered the Alzheimer’s disease tau fold in 2017, a discovery which was featured on the cover of Nature.

IU School of Medicine Distinguished Professor Bernardino Ghetti, MD, neuropathologist and member of the research team, noted the importance of the finding: “The use of Cryo-EM has allowed us to determine the 3D structure of tau and facilitated our understanding of how it functions and interacts. Understanding these differences will accelerate the discovery of substances that may prevent the formation of abnormal tau in the brain cells of people suffering from either of these two distinct neurodegenerative diseases.”

Additionally, the research team discovered an unidentified element adjacent to the tau of CTE, which does not exist in the Alzheimer’s tau.

Ruben Vidal, Ph.D., professor in the Department of Pathology and Laboratory Medicine at IU School of Medicine said, “These two new discoveries provide more insights into CTE than had previously existed. The information will be incredibly valuable for the development of novel agents to help in diagnosis and therapeutics specifically designed for individuals fighting CTE.”

Indiana University School of Medicine is one of the nation’s premier medical schools and is a leader and innovator in medical education, research and clinical care. The country’s largest medical school, IU School of Medicine educates more than 1,700 medical and graduate degree students on nine campuses in Indiana, and its faculty holds nearly $340 million in research grants and contracts, to advance the School’s missions and promote life sciences. For more information, please visit medicine.iu.edu.

Study identifies possible causes of and protectors against premature birth