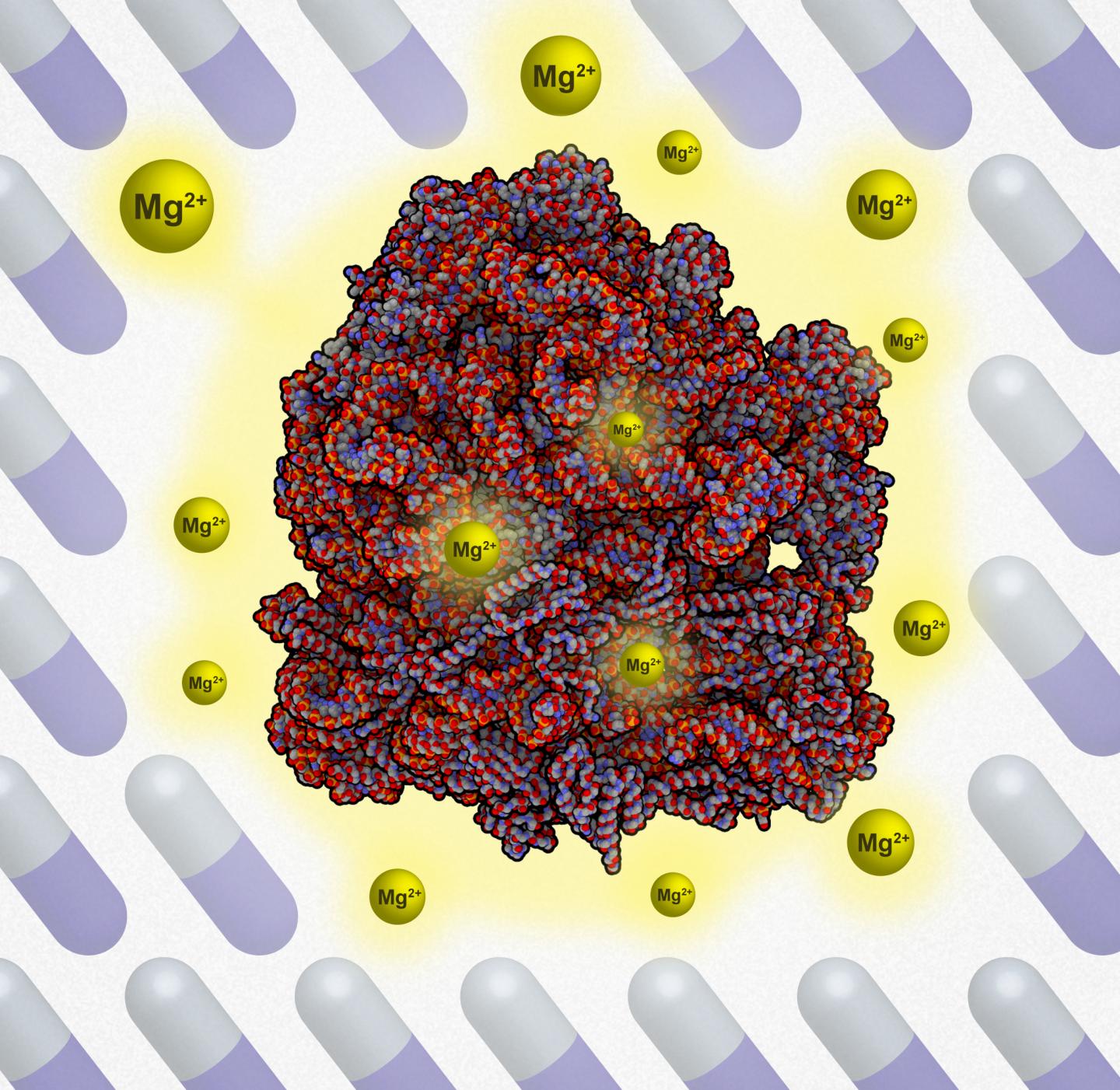 As bacteria continue to demonstrate powerful resilience to antibiotic treatments–posing a rising public health crisis involving a variety of infections–scientists continue to seek a better understanding of bacterial defenses against antibiotics in an effort to develop new treatments.

Now, researchers at the University of California San Diego who combine experiments and mathematical modeling have discovered an unexpected mechanism that allows bacteria to survive antibiotics.

As described in the March 7 early online release of the journal Cell, Dong-yeon Lee, Maja Bialecka-Fornal and Gürol Süel of UC San Diego’s Division of Biological Sciences, along with Leticia Galera-Laporta of the Universitat Pompeu Fabra (Spain), and colleagues discovered that bacteria defend themselves against antibiotics by controlling the uptake of alkaline metal ions. When under attack by antibiotics, bacteria were found to modulate magnesium ion uptake in order to stabilize their ribosomes–the fundamental molecular machines of life that translate genes into proteins–as a survival technique.

“We have found an unexpected new mechanism that actively growing bacteria utilize to become resilient against antibiotics,” said Süel, a professor of molecular biology. “With this discovery we can now explore new ways to combat infections that we couldn’t have thought of before.”

The researchers investigated the relationship between ribosome activity and the electrochemical flux of ions across cell membranes. This membrane potential and ribosomes are among the most ancient and fundamental processes that operate in all living cells, from bacteria to humans. The scientists identified a distinct connection that “reveals how these ancient and fundamental cellular processes that are essential for life are interacting with each other,” said Süel.

“Antibiotic resistance is a major public threat to our health,” said Süel. “The number of drugs coming onto the market is not keeping up with the ability of bacteria to cope with those drugs.”

Süel believes scientists may be able to boost the potency of existing antibiotic drugs by manipulating the ability of bacteria to take up magnesium, rather than having to develop completely new drugs. The potency of certain classes of antibiotics that are used to treat serious infections might be greatly improved by restricting how bacteria take up magnesium, thus interfering with bacteria’s ability to use charged magnesium ions in defenses against antibiotics.

Coauthors of the paper include and Jordi Garcia-Ojalvo of the Universitat Pompeu Fabra; and Eun Chae Moon, Zhouxin Shen and Steven Briggs of UC San Diego’s Division of Biological Sciences.

Süel is associate director of the San Diego Center for Systems Biology, which advances the discipline and application of systems biology in the greater San Diego research community, as well as a member of UC San Diego’s Center for Microbiome Innovation, which leverages the university’s strengths in several disciplines to coordinate and accelerate microbiome research. He is also a Howard Hughes Medical Institute Faculty Scholar.

Be nice to your doctor — you may receive better care

MEMEX project will help the inclusion of endangered communities