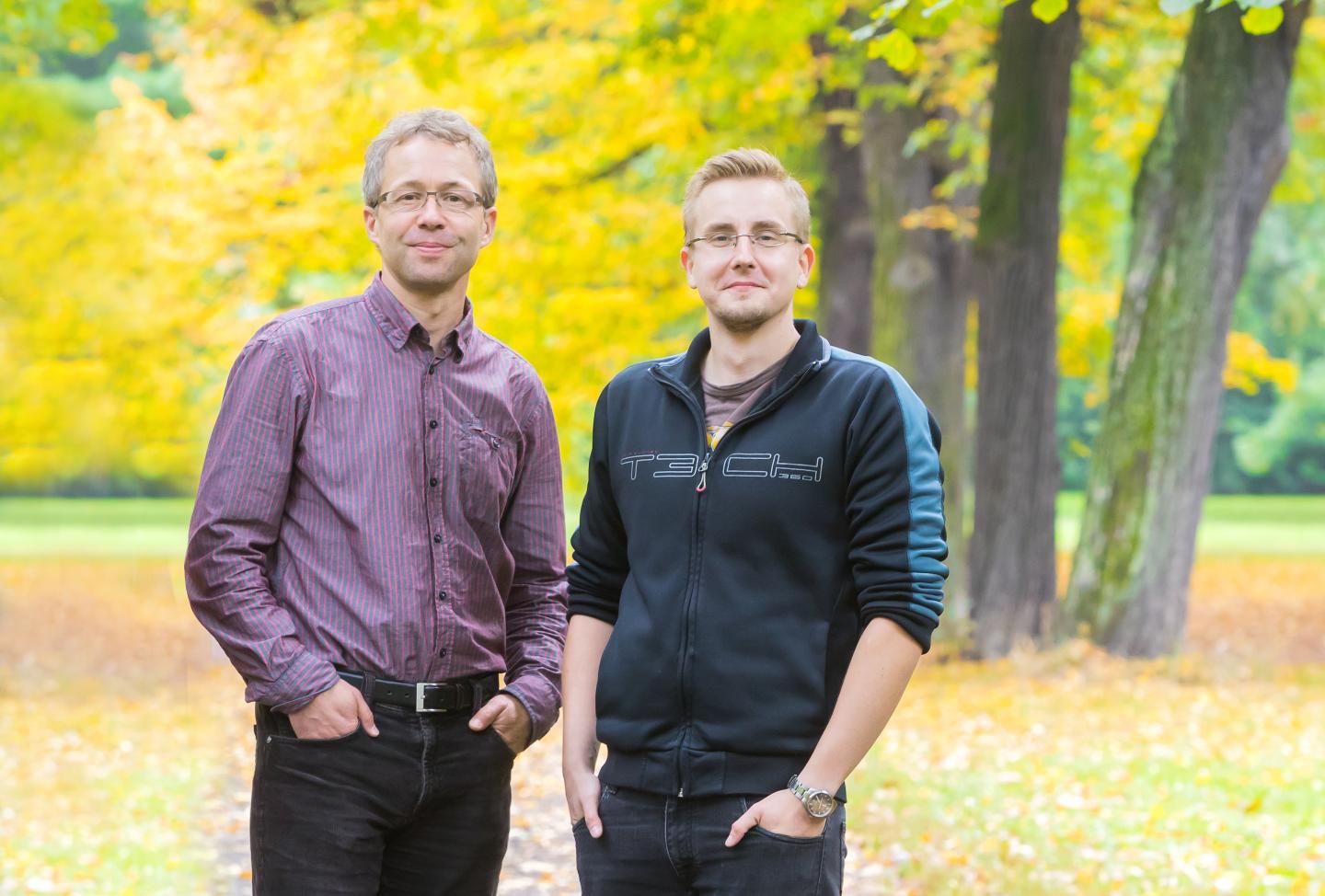 Credit: Professor Tilo Pompe (left) and doctoral researcher David Rettke from the Institute of Biochemistry are developing a method for the rapid detection of glyphosate.
Photo: Swen Reichhold, Leipzig University

Professor Tilo Pompe from the Institute of Biochemistry at Leipzig University has now reported on the scientific basis of the project together with his colleagues in the journal Biosensors and Bioelectronics.

For this reason, the current research project is also working with Saxon companies to develop a mobile readout device. At the same time, a patent application has been filed for the detection principle and companies are currently being sought to bring it to market.