Researchers developing a new vaccine for a swine coronavirus

To address climbing economic losses from swine that contract the porcine epidemic diarrhea virus, Virginia Tech researchers in the College of Agriculture and Life Sciences and Virginia-Maryland College of Veterinary Medicine are developing a vaccine to combat the disease that has a near 100 percent mortality rate in newborn piglets. 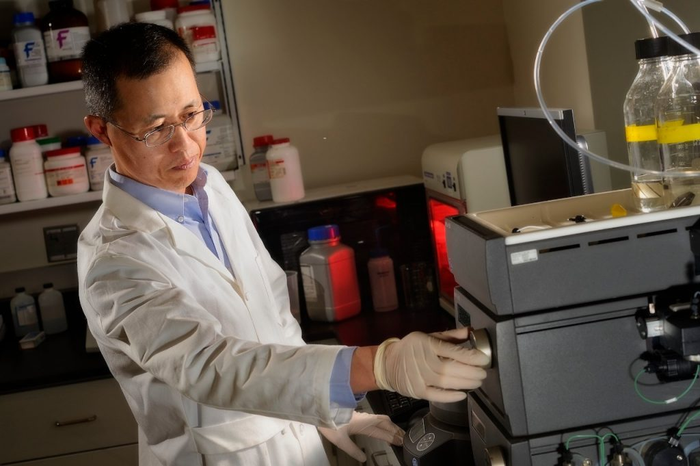 To address climbing economic losses from swine that contract the porcine epidemic diarrhea virus, Virginia Tech researchers in the College of Agriculture and Life Sciences and Virginia-Maryland College of Veterinary Medicine are developing a vaccine to combat the disease that has a near 100 percent mortality rate in newborn piglets.

The disease emerged in the United States in 2013 and has since caused around $600 million in annual losses to swine producers. When combined with increased food prices for consumers and decreased exports of hogs, the associated loss amounts to more than $900 million annually in the U.S.

While there are two commercially available vaccines for the virus commonly known as PEDv, neither are effective in preventing the disease. Mike Zhang, the principal investigator of the project and a professor in the Department of Biological Systems Engineering and Turner Faculty Fellow, saw the urgency for an effective vaccine against this virus.

With a four-year, $630,000 grant from the USDA National Institute of Food and Agriculture, Zhang and co-principal investigator X.J. Meng, a University Distinguished Professor of molecular virology in the Virginia-Maryland College of Veterinary Medicine, are researching a nanoparticle-based vaccine to curb this highly contagious coronavirus among swine.

Because of PEDv being in the coronavirus family, the researchers hope to gain knowledge and insight in order to swiftly produce vaccines against human coronaviruses and their variants.

“This project will give us the opportunity not only to development a vaccine for swine, but gain insight into coronaviruses,” Zhang said. “While the viruses are different from each other, they share a lot of similarities. A lot of things that we learn from this project can be used to develop vaccines against human coronaviruses in the future.”

Meng, also a professor of internal medicine at the Virginia Tech Carilion School of Medicine, the director of the Center for Emerging, Zoonotic, and Arthropod-borne Pathogens, and the interim director of the Fralin Life Sciences Institute, lent his help with his renowned knowledge as a virologist.

“PEDv is one of the most devastating illnesses in the swine industry,” Zhang said. “Right now, we don’t have a good mitigation method. We want a safe and reliable tool in the arsenal of those in industry and our research will lead to that.”

Over the last few years, vaccine development has targeted a safer, more effective way to deliver an immune response. So far, that target has landed on nanoparticle-based vaccines, to safely deliver a strong immune response in hosts to protect against disease.

With the combination of nanotechnology and immunology work, the researchers targeted this delivery platform to develop nanoparticles displaying viral proteins as a vaccine candidate. The nanoparticle allows the researchers to put molecular adjuvant inside the particle, allowing it to become more potent.

This platform has been used for other vaccines, and the researchers thought that because of its success elsewhere, it would be a good candidate for their PEDv vaccine.

With the nanoparticle platform, the immune response can last quite a long time once injected into the subject. The initial shot could last as long as six months with a booster needed to complete the vaccine series – a common practice among vaccines of varying delivery platforms.

“If we formulate the nanoparticle well, the immunity the vaccine can provide protection for is around half a year,” Zhang said. “But we have not tested beyond that duration using the nanoparticle delivery platform. It’s an extremely important subject to tackle.

“This is a good duration to target,” Zhang continued, “because a body really doesn’t need a lot of antibodies circulating to provide a good immune response.”

With the continued support of the Center for Emerging, Zoonotic, and Arthropod-borne Pathogens, the Fralin Life Sciences Institute, and the College of Agriculture and Life Sciences, the researchers have cutting-edge technology to tackle current and future viruses in animals of all species.