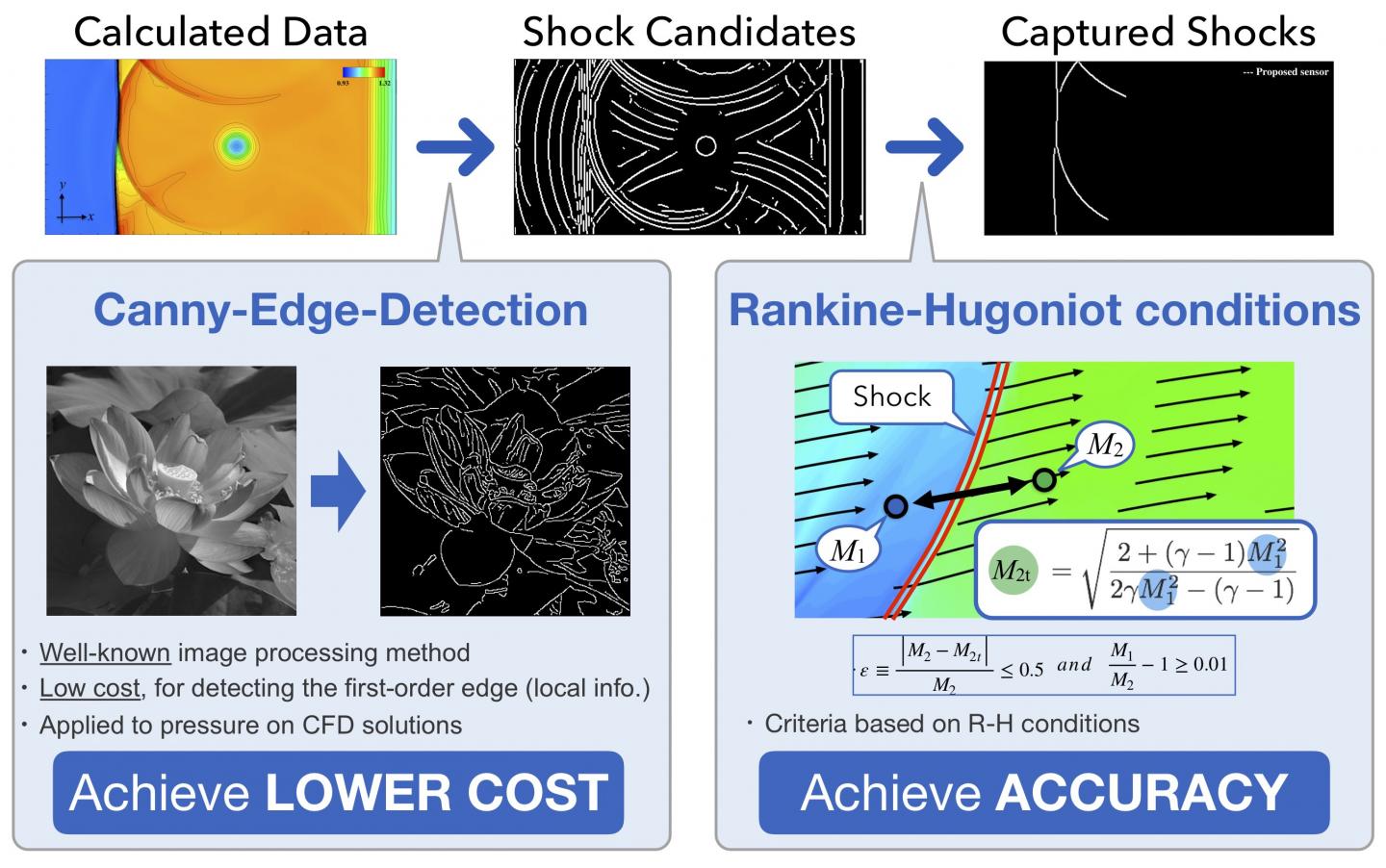 As a fighter jet quickly ascends and accelerates forward, a sonic boom reverberates across the jet’s surface and through the surrounding sound waves. At best, it’s unpleasant noise pollution. At worst, it can damage the surface of the aircraft. Dissipating this shock wave presents a tough challenge as traditional methods tend to offer efficiency or precision, but not both.

Now researchers with Yokohama National University in Japan have developed a unified shock sensor to quickly and accurately dispel harmful shock waves. They published their results on July 4 in the Journal of Computational Physics.

“There’s a growing need for a simple and accurate shock-detection method in computational fluid dynamics,” said Keiichi Kitamura, associate professor of engineering at the Yokohama National University in Japan. But scientists don’t want to completely eliminate shocks – not all shocks are bad, after all. When applied correctly, a shock wave can flow through kidney stones and disintegrate the calcified rocks to make them easier for a person to pass. That process requires significantly more accuracy to avoid damaging healthy tissue, but it can be time consuming.

“Shock has been applied to the medical field through Extracorporeal Shock Wave Lithotripsy,” Kitamura said. “It’s one of the most common treatments for kidney stones in the United States of America. But most of the conventional shock-proofing methods are designed to satisfy only accuracy or efficiency.”

“In all cases, it is of great importance to identify the exact location of the shock wave quickly,” Kitamura said.

In the new study, researchers combined an imaging processing method with a theory on the expected conditions in compressible flow physics – when fluid flow has compressible effects, such as creating a shock wave when the fluid moves quicker than the speed of sound. This speed is what is responsible for shock.

The researchers altered the imaging processing method to look for pressure instead of discontinuous changes of brightness in digital images. This allows them to quickly see the shock wave. By combining the visualized image of the shock with the theory of how the pressure should jump across the shock, researchers can accurately predict how a specific shock wave will behave. The imaging process method is what Kitamura calls “computationally cheap,” since it focuses on just the outlines of greatest pressure, rather than attempting to account for all the variable pressure in the image.

“In our examples, we confirmed that our method is as accurate at the Kanamori-Suzuki method and as cheap as the Ducros sensor,” Kitamura said.

Currently, the method is limited to grids of square cells, which is what the imaging software uses. Next, the team plans to expand their method to apply to a wide array of differently structured grids. This could be applied to a variety of technologies, including improvements in how a jet dissipates shock.