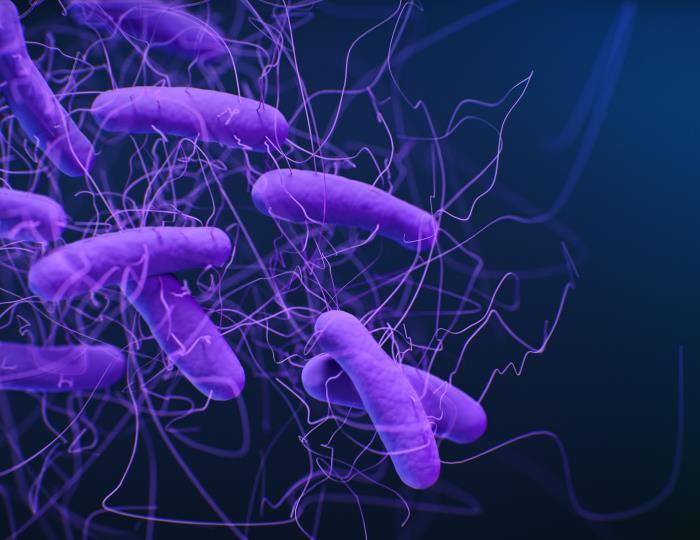 The program could make it easier to identify the deadly antimicrobial resistant bacteria that exist in the environment. Such microbes annually cause more than 2.8 million difficult-to-treat pneumonia, bloodstream and other infections and 35,000 deaths in the U.S. The researchers, including PhD computer science graduate Abu Sayed Chowdhury, Shira Broschat in the School of Electrical Engineering and Computer Science, and Douglas Call in the Paul G. Allen School for Global Animal Health, report on their work in the journal Scientific Reports.

Antimicrobial resistance (AMR) occurs when bacteria or other microorganisms evolve or acquire genes that encode drug-resistance mechanisms. Bacteria that cause staph or strep infections or diseases such as tuberculosis and pneumonia have developed drug-resistant strains that make them increasingly difficult and sometimes impossible to treat. The problem is expected to worsen in future decades in terms of increased infections, deaths, and health costs as bacteria evolve to “outsmart” a limited number of antibiotic treatments.

“We need to develop tools to easily and efficiently predict antimicrobial resistance that increasingly threatens health and livelihoods around the world,” said Chowdhury, lead author on the paper.

As large-scale genetic sequencing has become easier, researchers are looking for AMR genes in the environment. Researchers are interested in where microbes are living in soil and water and how they might spread and affect human health. While they are able to identify genes that are similar to known AMR-resistant genes, they are probably missing genes for resistance that look very unique from a protein sequence perspective.

The WSU research team developed a machine-learning algorithm that uses features of AMR proteins rather than the similarity of gene sequences to identify AMR genes. The researchers used game theory, a tool that is used in several fields, especially economics, to model strategic interactions between game players, which in turn helps identify AMR genes. Using their machine learning algorithm and game theory approach, the researchers looked at the interactions of several features of the genetic material, including its structure and the physiochemical and composition properties of protein sequences rather than simply sequence similarity.

“Our software can be employed to analyze metagenomic data in greater depth than would be achieved by simple sequence matching algorithms,” Chowdhury said. “This can be an important tool to identify novel antimicrobial resistance genes that eventually could become clinically important.”

“The virtue of this program is that we can actually detect AMR in newly sequenced genomes,” Broschat said. “It’s a way of identifying AMR genes and their prevalence that might not otherwise have been found. That’s really important.”

The WSU team considered resistance genes found in species of Clostridium, Enterococcus, Staphylococcus, Streptococcus, and Listeria. These bacteria are the cause of many major infections and infectious diseases including staph infections, food poisoning, pneumonia, and life-threatening colitis due to C. difficile. They were able to accurately classify resistant genes with up to 90 percent accuracy.

They have developed a software package that can be easily downloaded and used by other researchers to look for AMR in large pools of genetic material. The software can also be improved over time. While it’s trained on currently available data, researchers will be able to re-train the algorithm as more data and sequences become available.

“You can bootstrap and improve the software as more positive data becomes available,”
Broschat said.

The work was funded in part by the Carl M. Hansen Foundation.