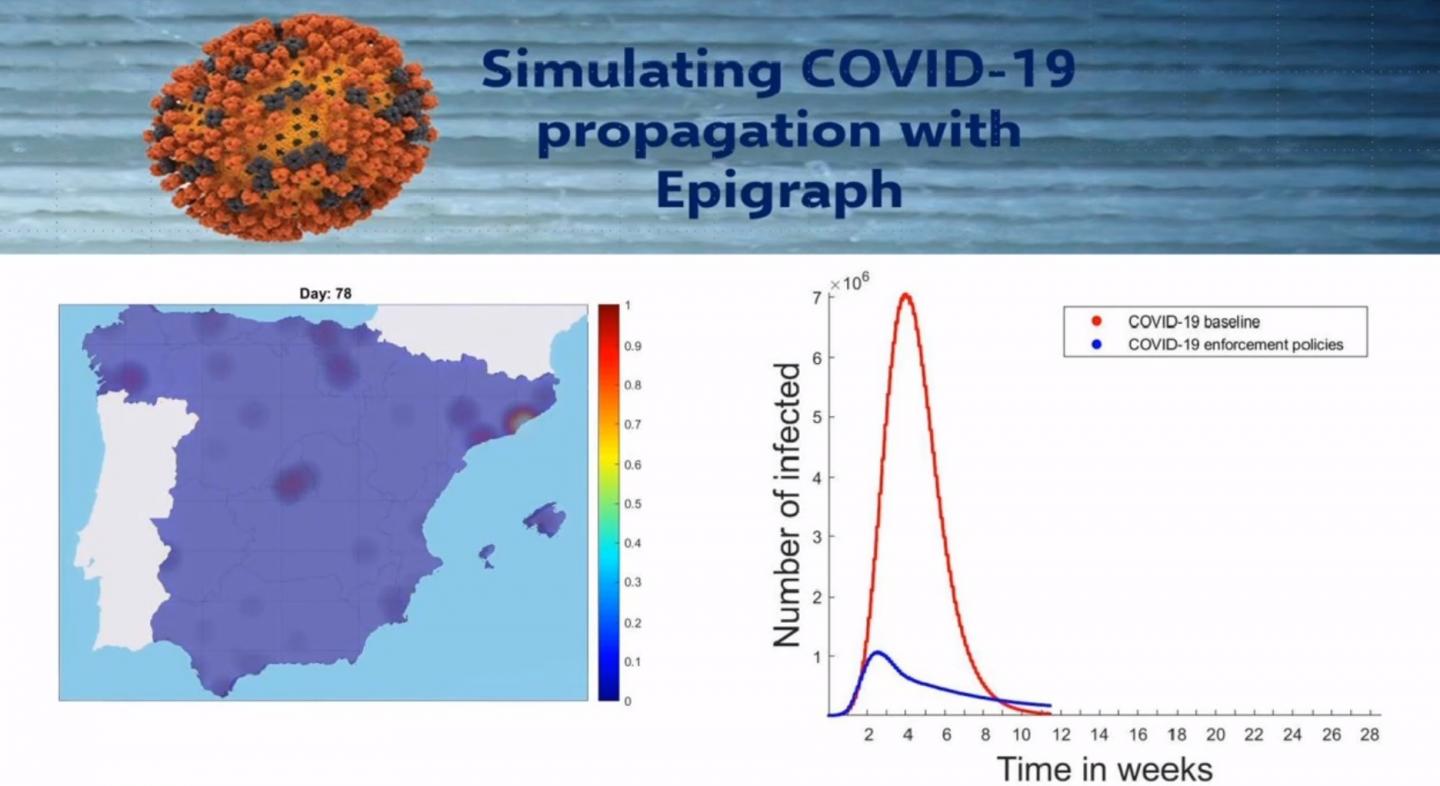 A team of Spanish researchers have designed and validated a simulator to enable study of the evolution of the COVID-19 illness in Spain and in all Europe, based on parameters such as climate, social distancing policies and transportation. This research work has been carried out by scientists and technologists from Universidad Carlos III de Madrid (UC3M), the Centro Nacional de Epidemiología (CNE) and the Consorcio Centro de Investigación Biomédica en Red (CIBER) from the Instituto de Salud Carlos III (ISCIII), in conjunction with the Barcelona Supercomputing Center – Centro Nacional de Supercomputación (BSC-CNS).

This large scale simulator, called Epigraph, allows the evolution of the spread of the SARS-CoV-2 virus to be studied and the curve of the illness to be modeled, including the isolation measures, to predict its evolution depending on the activities that are permitted, and to assess the possible effect of a vaccination on the epidemic’s spread.

According to the first results obtained, the researchers point out that the possible number of cases in Spain could be greater than those detected at the national level, which would situate Spain as currently having more than three million people affected, including asymptomatic cases.

This simulator is able to recreate the social characteristics of diverse groups in the population (students, workers, seniors, and the unemployed), their relationships in different environments (school, work, home, and leisure) and a transportation model that simulates the spatial dynamics of the spread of the virus between different regions. In addition, EpiGraph also includes modeling of the interaction between the spread of COVID-19 and climate and meteorological factors, such as temperature, barometric pressure and humidity levels.

This work has been coordinated in the ARCOS (Computer Architecture, Communications and Systems)research group at UC3M, with experience in real-time simulation of systems and high performance computing, among other research lines. In addition to the participation of scientists and technologists from BSC-CNS and ISCIII, there has been collaboration from the Wuhan Center for Disease Control & Prevention.