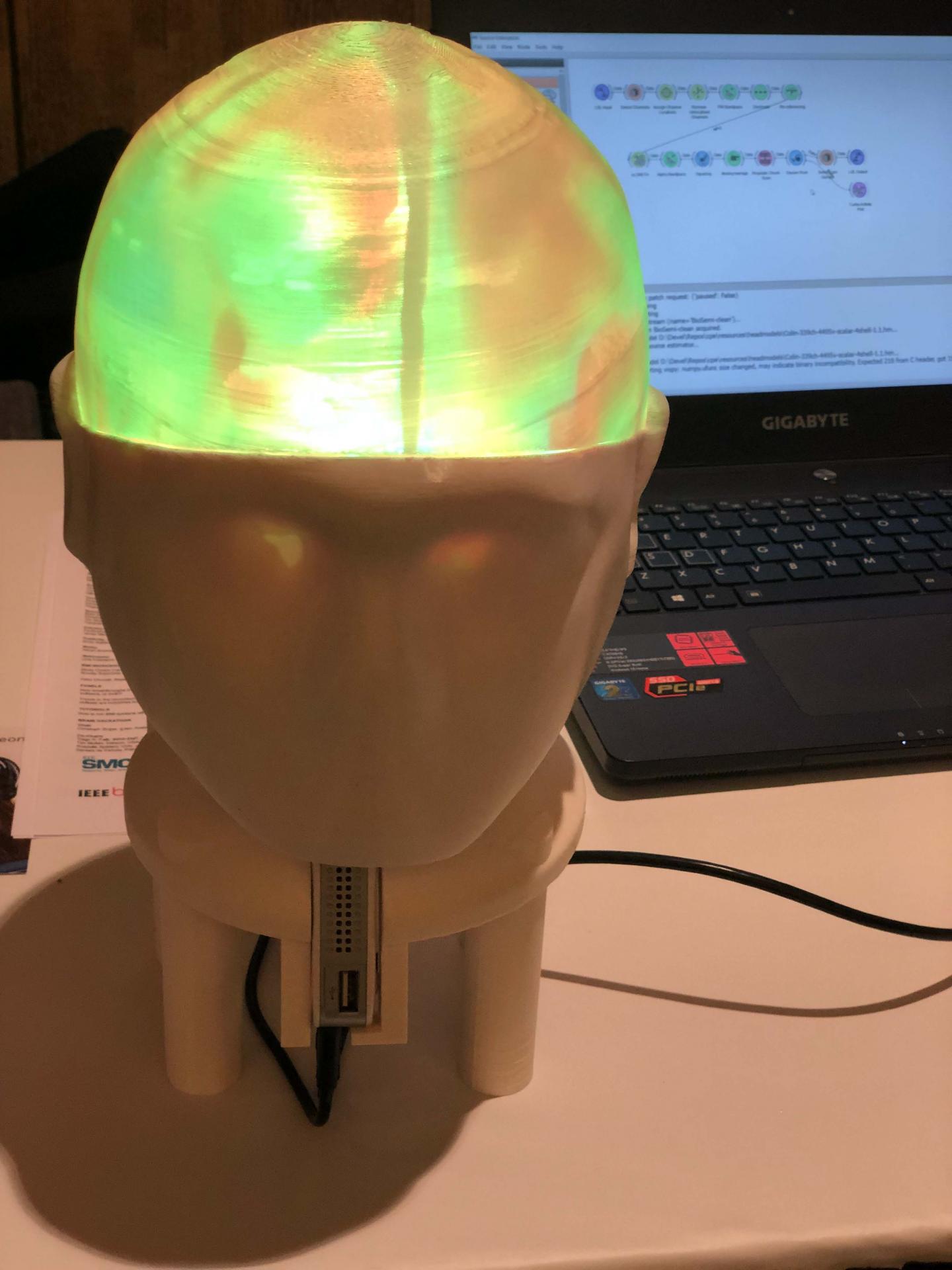 Scientists and engineers met to collaborate on their latest research and demonstrate new technologies at the 9th International IEEE Engineering in Medicine and Biology Society conference on neural engineering, in San Francisco, California, March 19-23.

In addition to this workshop, Touryan and teammates from ARL presented results on a number of collaborative efforts and demonstrated cutting-edge capabilities in neural engineering to include the BrainFlight neurofeedback system.

“It is well known that our state of arousal — being stressed, fatigued, or calm — can significantly affect the Soldier’s ability to make optimal decisions, judgments and actions in real-world dynamic environments,” Touryan said. “BrainFlight is an approach and technology that uses online neurofeedback to modify an individual’s arousal
state to improve performance in a demanding sensory motor task, such as flying a helicopter or navigating a vehicle in suboptimal conditions.”

Touryan said the genesis of the program was from a Defense Advanced Research Projects Agency, or DARPA seedling effort to address pilot induced oscillations, or PIOs — a situation where pilots begin to overcorrect for aircraft pitch, leading to ever increasing oscillations that may result in catastrophic failure.

Columbia University developed a simulation environment to explore this phenomenon. After the initial seedling, this project was continued under the Cognition and Neuroergonomics Collaborative Technology Alliance, ARL’s extramural program in the neurosciences, or CaN CTA.

“The key observation was that very high arousal levels preceded these PIOs,” Touryan said. “Using neural decoding approaches that were developed under the CTA’s past collaborative efforts, Dr. Josef Faller at Columbia University was able to identify when participants were beginning to enter this dangerous performance state.”

He said Faller was able to continuously estimate the arousal level of the individual using both neural and physiological signals. When high levels of arousal were detected, the BrainFlight system provided a type of auditory feedback designed to calm and focus the operator and improve overall performance.

“This was a major project within the CaN CTA over the last several years and clearly demonstrates the usefulness of the neural decoding algorithms — algorithms that had been under development since the inception of the program,” Touryan said.

Faller recently joined ARL as a postdoctoral fellow working in the Future Soldier Technology Division and is eager to continue collaborating.

“We are excited about the substantial increase in performance our novice ‘pilots’ were able to achieve with this system,” Faller said. “Based on these encouraging results, we are eager to explore other ways how similar neural decoding algorithms can be used to improve human performance or treat mental conditions like post-traumatic stress disorder.”

The BrainFlight system originated at Columbia University and is now installed at APG and is expected to be used as a demonstration and development platform in coming years. Touryan explains what this means for future Army research.

“To keep you in the zone of maximum performance, your arousal needs to be at moderate levels, not so high that it pushes you over the edge, but still high enough to remain vigilant,” he said. “Future Soldier technology that monitors arousal during difficult tasks could be used to provide regulating feedback or enable assisting AI.”

Researchers at ARL and Columbia plan to use this technology in future research and development programs. Studying how neurofeedback can be used to regulate arousal and emotion for clinical conditions such as post-traumatic stress disorder, or PTSD is one example.

“We will continue to explore how online monitoring of arousal and cognitive control can inform human-autonomy teaming,” Touryan said. “When autonomous systems and humans work together in a high-stress situation, the autonomy could benefit from information regarding the human’s arousal state. For example, it could use this information to choose its tasks in a way that reduces its teammate’s arousal, pushing her or him into an ideal performance zone.”

The CCDC Army Research Laboratory (ARL) is an element of the U.S. Army Combat Capabilities Development Command. As the Army’s corporate research laboratory, ARL discovers, innovates and transitions science and technology to ensure dominant strategic land power. Through collaboration across the command’s core technical competencies, CCDC leads in the discovery, development and delivery of the technology-based capabilities required to make Soldiers more lethal to win our Nation’s wars and come home safely. CCDC is a major subordinate command of the U.S. Army Futures Command.

Cause of hardening of the arteries — and potential treatment…