Work could offer a drug-free way to treat pulmonary embolism 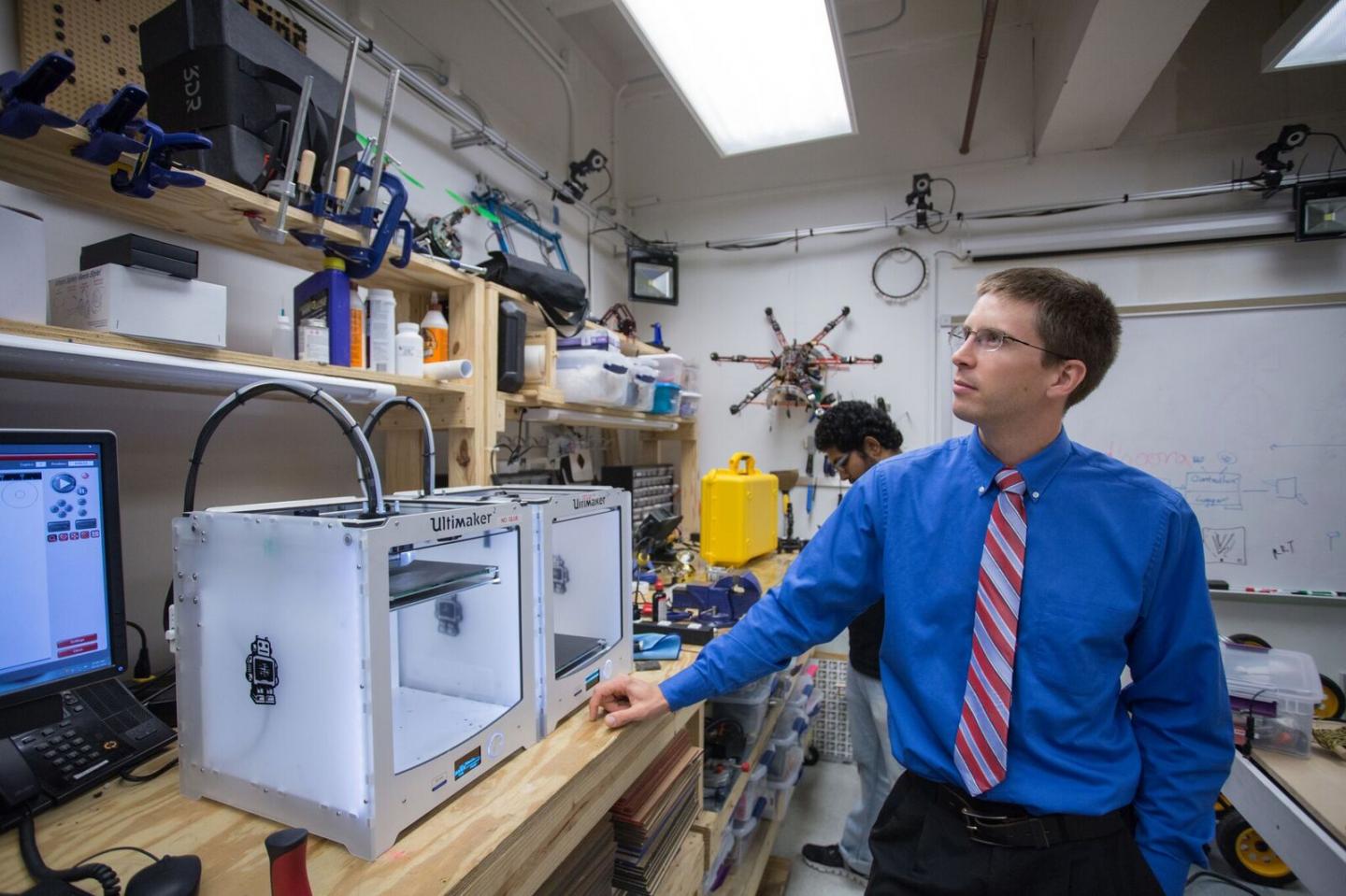 Pulmonary embolism causes between 200,000 and 300, 000 deaths in the United States every year, according to the National Institutes of Health, the third most common cardiovascular disease after acute myocardial infarction and stroke.

A pulmonary embolism is a blood clot that gets stuck in the lungs’ arteries, restricting blood flow, decreasing oxygen levels and affecting other organs. Multiple blood clots, or a very large one, can cause life-threating blockages.

Current treatments rely on clot-busting medication, sometimes along with a surgical procedure, to alter the clot. However, both options have been linked to unintended adverse events for patients.

Researchers from University of Houston’s Robotic Swarm Control Laboratory and Houston Methodist Hospital are working on an innovative solution.

“Our lab is at the forefront of developing magnetically controlled tiny robots, and we have a strong collaborative relationship with the Methodist Research Institute,” said Aaron Becker, assistant professor of electrical and computer engineering at the UH Cullen College of Engineering and principal investigator for the project. “This research is motivated by clinical problems [physicians] deal with.”

The project introduces a novel non-invasive method of clot removal. The idea involves using a magnetic field to wirelessly steer tiny (6 mm by 2.5 mm) corkscrew-shaped robots through arteries to break up blood clots.

Each robot – known as a miniature magnetic rotating swimmer – is equipped with a magnet. A set of electromagnets placed around the patient generates a controlled rotating magnetic field that causes the robot to spin, move forward and grind up blood clots. Ultrasound imaging will be used to locate the robots.

Julien Leclerc, a research associate at the UH Cullen College of Engineering, said the project reminded him of a popular children’s television program.

“It reminded me of an episode of ‘The Magic School Bus,’ where the vehicle is miniaturized and navigates inside Ralphie, a student, to find the cause of his sickness,” Leclerc said. “I immediately liked the concept of using magnetic fields to control tetherless miniature robots inside a patient.”

The Houston Methodist researchers involved in the project include Dr. Dipan Shah, chief of the Division of Cardiovascular Imaging, and Mohamad Ghosn, a research scientist with the DeBakey Cardiac and Cardiovascular Center.

The technology of magnetic manipulation could potentially improve many surgical procedures – from blood clot removal to eye and brain surgery.

“Using non-invasive miniature magnetic agents could improve patient comfort, reduce the risk of infection and ultimately decrease the cost of medical treatments,” Leclerc said. “My goal is to quickly bring this technology into the clinical realm and allow patients to benefit from this treatment method as soon as possible.”

Outreach to broaden participation in computing is a key component of this project. Both Becker and Leclerc spent the summer testing a curriculum based on the project with high school students.

About 130 Texas students, part of NASA’s High School Aerospace Scholars (HAS) program, spent time in Becker’s lab getting hands-on experience. They were involved in activities like “Build a (3D) catheter and remove a playdough blood clot” and “Magnetic abrasion of clot models.”

They beta-tested both activities with middle and high school girls participating in a summer camp offered by the Cullen College, as well as undergraduate participants of the two Cullen College Research Experience for Undergraduates programs.

The UH researchers also served as mentors with Methodist Hospital’s 2019 Pumps and Pipes summer program for teachers, which brings real-world science to the classroom by offering Houston-based STEAM industry externships.

“Each program is distinctive, but they are all designed to increase participation of women and people from underrepresented groups in science and engineering,” Becker said. “A lot of them have a domino effect. Campers go home and tell their friends, the teachers reach a variety of children – of different ages and grades, from different socio-economic backgrounds, with different challenges and interests.”