Scientists continue to expand the technological frontiers of CRISPR, along with its enormous potential, in areas ranging from human health to global food supplies. Such is the case with CRISPR-based gene drives, a genetic editing tool designed to influence how genetic elements are passed from one generation to the next. 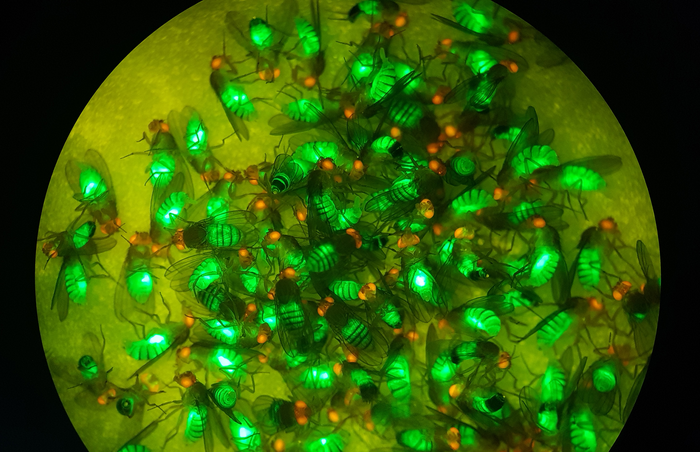 Scientists continue to expand the technological frontiers of CRISPR, along with its enormous potential, in areas ranging from human health to global food supplies. Such is the case with CRISPR-based gene drives, a genetic editing tool designed to influence how genetic elements are passed from one generation to the next.

Gene drives designed for mosquitoes have the potential to curb the spread of malarial infections that cause hundreds of thousands of deaths each year, yet safety issues have been raised since such drives can spread quickly and dominate entire populations. Scientists have explored the principles governing the spread of gene-drive elements in targeted populations such as mosquitoes by testing many different combinations of components that constitute the drive apparatus. They have found, however, that there’s still more to explore and key questions remain.

In the journal Nature Communications, University of California San Diego researchers led by former Postdoctoral Scholar Gerard Terradas together with Postdoctoral Scholar Zhiqian Li and Professor Ethan Bier, in close collaboration with UC Berkeley graduate student Jared Bennett and Associate Professor John Marshall, describe the development of a new system for testing and developing gene drives in the laboratory and safely converting them into tools for potential real-world applications.

“These studies both empower new engineering of gene-drive systems while providing important information regarding how to assess and analyze key interactions between their most important moving parts,” said Bier, a faculty member in the School of Biological Sciences, Department of Cell and Developmental Biology.

CRISPR-based gene drives feature a protein called a Cas9 endonuclease and a guide RNA molecule that join forces to direct DNA cuts to specific sites in the genome where new genetic elements can be inserted. As the DNA repairs these cuts, the new genetic elements are copied from one chromosome to another, resulting in offspring that exceed the standard 50-50 percent inheritance, instead favoring the newly inserted genetic elements.

Gene drives come in two “flavors.” Full gene drives (fGDs) carry both the Cas9 and guide RNA components in a linked unitary package. In contrast, split drives (sGDs) consist of two genetic elements that separately carry the Cas9 and guide RNA components and are inserted at different sites in the genome. sGDs are considered to be safer than fGDs since it is possible to control and test the components carried by each of the elements separately or under conditions where they gradually amplify the frequency of the gRNA component. Researchers design the two elements to eventually reconnect in order to deliver the effects of a full gene drive.

In the case of eradicating malaria, full gene drives have created considerable enthusiasm due to their potential as vehicles to transfer elements that halt the transmission of malarial parasites that cause infection. But fGDs have also raised concerns due to their potential to rapidly spread and potentially alter the genetic makeup of entire mosquito populations. Experimenting with fGDs requires high-security barriers and restrictions to prevent unintended escape of insects carrying such drives into the open environment.

This is not the case with split gene drives. Because the key elements are separate, sGDs carry far less risk of unintentional spread and researchers hold much more control for their safe manipulation. Experiments with sGDs can be conducted in traditional lab facilities, thus allowing much more flexibility for testing their potential.

Scientists have been challenged, however, in developing systems that effectively convert sGDs into fully functioning fGDs. One challenge faced by current conversion of sGD systems into fGDs is that they rely on two separate genetic components, each of which must manifest efficient drive properties.

Now, UC San Diego scientists who have recently pioneered gene drive development and related technologies have created a flexible genetic “hacking” system for converting sGDs into fGDs. Working in fruit flies, the researchers developed a novel genetic strategy that employs a specially designed guide RNA carried by the Cas9 part of the sGD. This hacking tool cuts the copying component of the sGD and triggers a genetic exchange, or “recombination event,” that inserts the Cas9 into the element carrying the guide RNA, resulting in the creation of a fully functioning fGD.

“First, and most importantly, the study provides proof-of-principle for the agile genetic conversion of an sGD into an fGD, which should greatly aid in the testing and development of new optimized gene-drive systems,” said paper first author Terradas, who is now based at Penn State University.

Once the researchers developed their new sGD-to-fGD hacking system, some surprising results began to emerge. The newly hacked fGD spread through populations of flies in cage experiments, as expected. However, the rate at which it spreads was unexpectedly slower than models had predicted for a traditional fGD.

Research collaborators Bennett and Marshall developed a mathematical model that provided an explanation. Their model revealed that during the hacking conversion, fGDs impose a greater fitness cost on individual flies than sGDs alone. This fitness cost, which unfolds when the drive element copies itself, vanished after acting on all potential target chromosomes in the population.

“The study reveals unanticipated complexities in how gene-drive components work together, revealing that one cannot simply assume how separate components may interact when brought together,” said Bennett.

Genetic conversion of a split-drive into a full-drive element

Professor Bier has equity interest in two companies he co-founded: Synbal Inc. and Agragene, Inc., which may potentially benefit from the research results. He also serves on Synbal’s board of directors and the scientific advisory board for both companies.