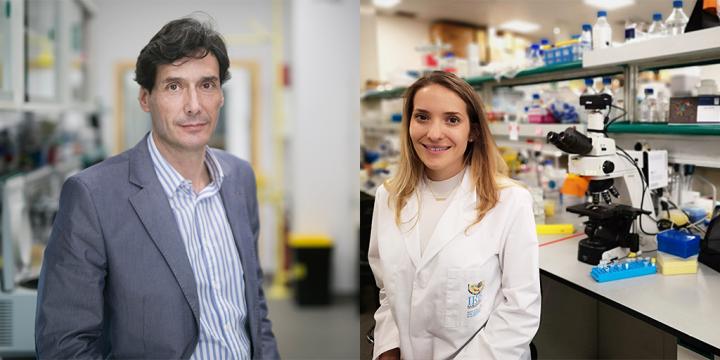 The team led by Manuel Serrano, ICREA researcher and Head of the Cellular Plasticity and Disease Lab at IRB Barcelona, has been awarded the Proof of Concept grant by the European Research Council (ERC). This grant, created to support ideas that could benefit society, will provide the IRB Barcelona team with 150,000 euros to develop the SENFIB project over the next 18 months.

The goal of this project is to develop new medication for the treatment of fibrotic diseases such as idiopathic pulmonary fibrosis and chronic kidney disease. To do this, the research project aims to target senescent cells. These are cells which have permanently exited the cell cycle after suffering damage or stress, and cause persistent inflammation which can give rise to ageing-related diseases.

In animal models, the selective elimination of senescent cells has proven to have therapeutic effects on idiopathic pulmonary fibrosis, chronic kidney disease and ageing. Manuel Serrano’s laboratory, which also has the backing of the “La Caixa” Foundation, is proposing to launch a programme to discover senolytics, molecules which cause the preferential death of senescent cells whilst leaving the healthy cells intact.

As Manuel Serrano explains: “senescent cells are damaged cells which remain in the organism and lead to the functional deterioration of tissue and organs. Senolytics allow us to selectively eliminate these cells when the immune system is unable to do so, thus preventing the appearance of ageing-related diseases”.

In fact, senolytics have become a promising focal point to combat ageing-related diseases, and the MIT recently mentioned them as one of the “Top 10 breakthrough technologies” for 2020 in the MIT Technology Review.

The project could have a considerable impact, as it is calculated that a fourth of the global population will be over the age of 65 by 2050 and will therefore be more likely to suffer from degenerative diseases such as fibrosis, which cause up to 45% of deaths in this segment of the population.

The new senolytics will be aimed at targets previously discovered by Marta Kovatcheva, a postdoctoral researcher and member of the research team. As Marta explains, “It is a very interesting example of how basic research can open the doors to clinical translation. The ERC’s Proof of Concept project allows us to make the leap and engage with the concerns of society.”

This is the sixth Proof of Concept grant that IRB Barcelona has been awarded to date. The previous grants went to the ICREA researchers, Modesto Orozco, Eduard Batlle (2) and Angel R. Nebreda (2).