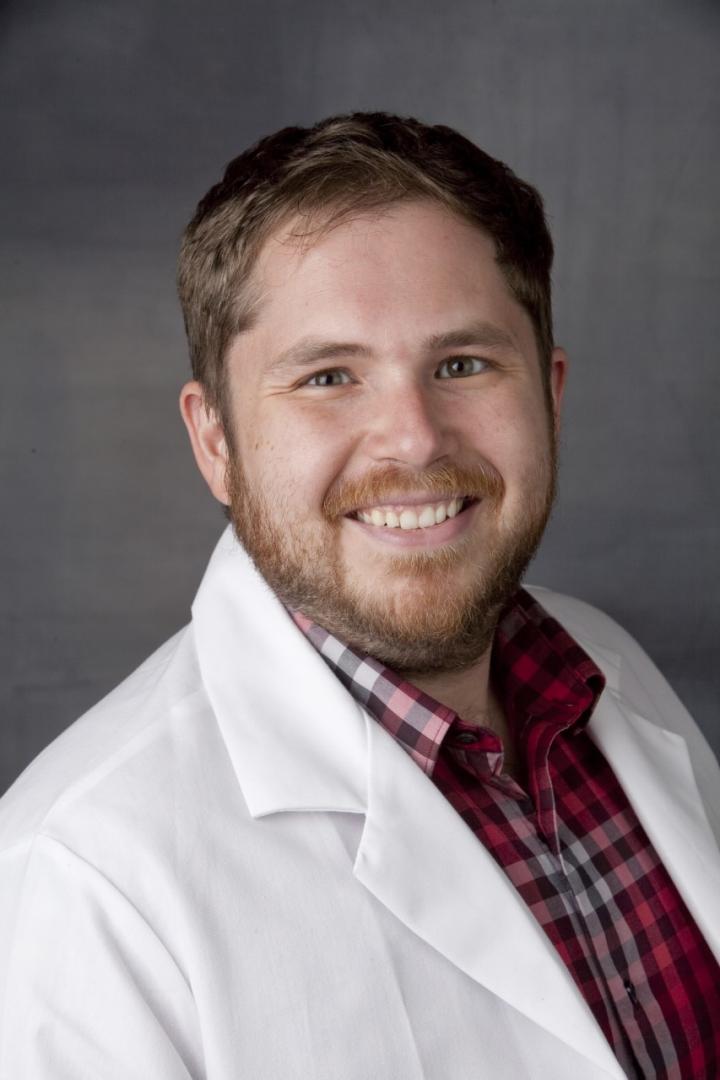 Memphis, Tenn. (February 25, 2021) – Early diagnosis of Alzheimer’s disease has been shown to reduce cost and improve patient outcomes, but current diagnostic approaches can be invasive and costly. A recent study, published in the Journal of Alzheimer’s Disease, has found a novel way to identify a high potential for developing Alzheimer’s disease before symptoms occur.

Ray Romano, PhD, RN, completed the research as part of his PhD in the Nursing Science Program at the University of Tennessee Health Science Center College of Graduate Health Sciences. Dr. Romano conducted the research through the joint laboratory of Associate Professor Todd Monroe, PhD, RN, at The Ohio State University, who is also a graduate of the UTHSC Nursing Science PhD Program, and Ronald Cowan, MD, PhD, who is the chair of Psychiatry at UTHSC. The study is titled, “Could altered pain responsiveness be a phenotypic biomarker for Alzheimer’s risk? A cross-sectional analysis of cognitively healthy adults.”

Dr. Romano said, “There is a real need to find ways to diagnose Alzheimer’s disease in the primary care setting, where most patients first present with concerns for their memory.” Dr. Romano earned his PhD in Nursing Science at UTHSC in 2020.

The research found that cognitively healthy people at increased genetic risk of late-onset Alzheimer’s disease showed significantly lower sensitivity to thermal pain, but felt greater unpleasantness related to that pain when compared to people at lower risk of the disease. These results suggest that altered pain perception could potentially be used as a biomarker of late-onset Alzheimer’s disease before symptoms occur.

Previous research had identified a specific genetic allele, APOE4, as a marker associated with an increased incidence of developing late-onset Alzheimer’s disease. In his groundbreaking study, Dr. Romano was able to identify individuals who were cognitively healthy but had the APOE4 allele. He was then able to determine whether people with the APOE4 allele responded differently to experimentally induced painful stimuli than did cognitively healthy individuals who did not have this allele.

Dr. Cowan noted, “This work also highlights the great strength of joint collaborations between nursing and psychiatry, which have been highly productive for our research programs.”

The study included 49 cognitively healthy adults aged 30-89. Twelve of the subjects had the APOE4 allele, and 37 did not. They were assessed for group differences in pain thresholds and feelings of unpleasantness in response to experimentally induced thermal pain stimuli.

Use of this biomarker to identify people at risk of Alzheimer’s disease before the onset of serious symptoms would be much less invasive than other methods of Alzheimer’s diagnosis, which include lumbar punctures and positron emission topography (PET) scans. These are expensive tests that are not practical in primary care settings.

“In this exploratory study, Dr. Romano demonstrated that healthy adults with a specific gene for developing late-stage Alzheimer’s disease experience pain differently than people without the genetic marker,” Dr. Monroe said. “Next, we need to examine the brain’s pain systems to determine why this may be occurring. If future studies confirm these results, findings may eventually translate into earlier screening in people at risk of developing Alzheimer’s disease leading to more treatment options.”

Approximately 5.8 million people in the United States live with Alzheimer’s disease – the sixth-leading cause of death in the country, according to the Alzheimer’s Association. It is estimated that 500,000 new cases of the disease are diagnosed in the U.S. annually.

As Tennessee’s only public, statewide, academic health system, the mission of the University of Tennessee Health Science Center is to bring the benefits of the health sciences to the achievement and maintenance of human health through education, research, clinical care, and public service, with a focus on the citizens of Tennessee and the region. The main campus in Memphis includes six colleges: Dentistry, Graduate Health Sciences, Health Professions, Medicine, Nursing, and Pharmacy. UTHSC also educates and trains medicine, pharmacy, dentistry, and health professions students, as well as medical residents and fellows, at major sites in Knoxville, Chattanooga, and Nashville. For more information, visit http://www.uthsc.edu. Find us on Facebook: facebook.com/uthsc, Twitter: twitter.com/uthsc, LinkedIn: linkedin.com/uthsc, and Instagram: instagram.com/uthsc.