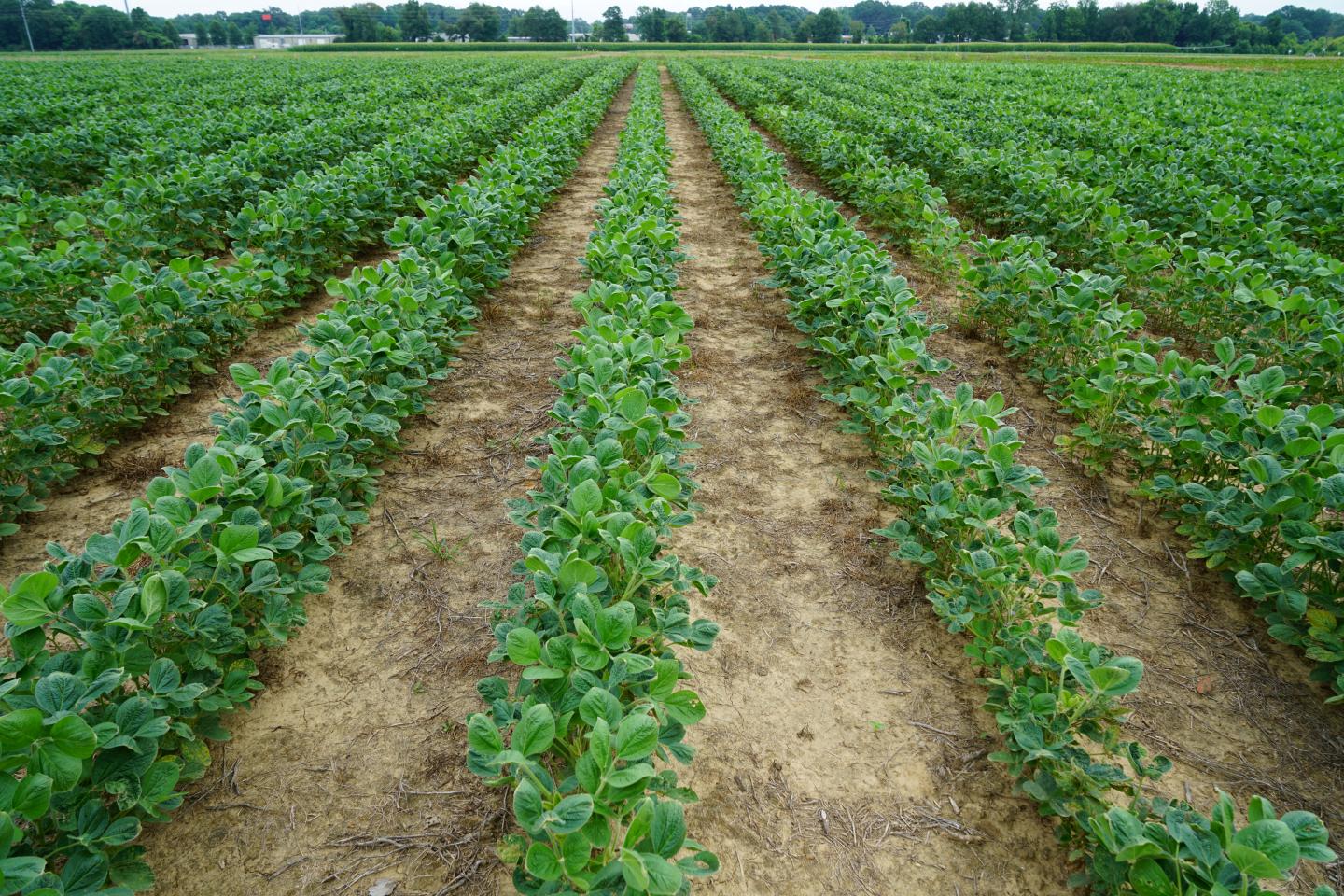 KNOXVILLE, Tenn. – A University of Tennessee Institute of Agriculture study published in the Journal of Weed Technology found that mixing glyphosate with formulations of dicamba consistently lowered the pH of the spray solution below 5.0–a critical value according to the latest dicamba application labels. These labels recommend maintaining a spray solution pH above 5.0 to reduce potential for dicamba volatility.

The study titled, “Spray Mixture pH as Affected by Dicamba, Glyphosate and Spray Additives,” was authored by Tom Mueller and Larry Steckel, both professors in the UT Department of Plant Sciences. Their research consisted of four experiments which examined the effect of different components on spray mixture pH, including formulations of dicamba (XtendiMax and Engenia), glyphosate (Roundup PowerMax II and Cornerstone Plus), ammonium sulfate (AMS), and several pH modifiers.

According to their data, the addition of glyphosate to XtendiMax and Engenia always decreased the measured pH by anywhere from 1.0 to 2.1 pH units. Averaged across water sources, the pH levels for XtendiMax + Roundup PowerMax were 4.8, while the levels for Engenia + Roundup PowerMax were 4.6. Conversely, when no glyphosate was added to these dicamba formulations the final pH was always above 5.0.

“If pH is the main driver for dicamba volatility, then the substantial pH changes we’re seeing from the addition of glyphosate could have profound effects on volatility, as well as herbicide efficacy,” says Mueller.

Many products containing glyphosate are presently approved to be mixed with dicamba before spray applications. Combining herbicides with different modes of action is a common practice among crop producers to control a wider range of weed species. However, based on Mueller and Steckel’s research, UT weed experts are discouraging the addition of glyphosate to XtendiMax and Engenia.

“Based on this research, we believe glyphosate in the tank mix could be a culprit in why we’re seeing some of the drift in the fields these past three years,” says Steckel.

Dicamba drift has been a hot-button issue in the agricultural community since new and expanded uses for this herbicide were approved in 2017. Off-target dicamba movement, occurring either through physical drift or volatility, has been blamed for the damage of millions of acres of crops, trees and ornamental plants.

In an effort to decrease the potential for dicamba drift through volatilization, the Environmental Protection Agency (EPA) added language to the 2019-2020 labels advising applicators to maintain a spray mixture pH above 5.0 while avoiding the addition of products that would further decrease pH. According to Steckel, the lower the spray mixture pH, the higher the probability that dicamba can dissociate to the acid form, which is the most volatile form of the herbicide.

Another experiment in the UT Institute of Agriculture study evaluated spray mixture pH levels when AMS was added to dicamba formulations. AMS is commonly added to spray mixtures containing glyphosate to improve weed control effectiveness. However, new-generation dicamba labels have always forbidden the addition of AMS due to volatility concerns.

“That was somewhat surprising given the attention AMS has received as a dicamba volatility enhancer,” says Mueller. “Now, there could be some other aspects of ammonium sulfate besides pH that are enhancing volatility, but if pH is the main driver, our data would suggest that adding glyphosate, which is currently an approved tank mix partner, would increase dicamba volatility more than the prohibited AMS.”

One proposed solution for addressing low pH spray mixtures is adding a pH modifier to the mix. Mueller and Steckel tested three pH modifers: Chempro CP-70, Novus K 20-0-6, and SoyScience. All three products raised the pH levels of the respective mixtures of XtendiMax + Roundup PowerMax and Engenia + Roundup PowerMax above 5.0.

“That is certainly promising,” says Steckel, “and the addition of a pH modifier could decrease the probability of dicamba leaving a treated field via volatility. A follow-up study really needs to test that theory. Another question raised by the results of this research–if you artificially raise the pH are you going to lose the weed control from glyphosate? That topic also needs more research.”

Until more research is done, UT weed scientists are recommending leaving glyphosate out of the dicamba spray mixture and adding a graminicide, like Clethodim, for control of grass weed species.

“Glyphosate is an important herbicide with many uses. Despite the continued evolution of glyphosate-resistant weeds, farmers would be lost without glyphosate, as it still provides excellent and economical control of many troublesome weed species,” says Steckel. “It just doesn’t belong in a tank mix with dicamba.”

The research was partially funded by the Tennessee Soybean Promotion Board. The complete article can be found online in the August 2019 edition of Weed Technology.

This study was related to a previously published study that also appeared in Weed Technology and was also authored by Mueller and Steckel. Titled, “Dicamba Volatility in Humidomes as Affected by Temperature and Herbicide Treatment,” the research examined dicamba measurements following an application to soil inside a humidome. Both studies were initiated in response to concerns from Tennessee soybean producers regarding off-target movement of dicamba.

Through its mission of research, teaching and extension, the University of Tennessee Institute of Agriculture touches lives and provides Real. Life. Solutions. ag.tennessee.edu

How old are they? Some non-photosynthetic orchids consist of dead wood

Even after death, animals are important in ecosystems

Can the eye help achieve islet transplant tolerance in type 1…