Army scientists determined that the body’s own natural immune response contributes to disease severity in mice infected with Crimean-Congo hemorrhagic fever virus (CCHFV), which causes a widespread tick-borne viral infection in humans. Their work, published May 19, 2022 in PLoS Pathogens, provides a deeper understanding of how the virus causes disease and forms a basis for developing medical countermeasures to prevent and treat infection. 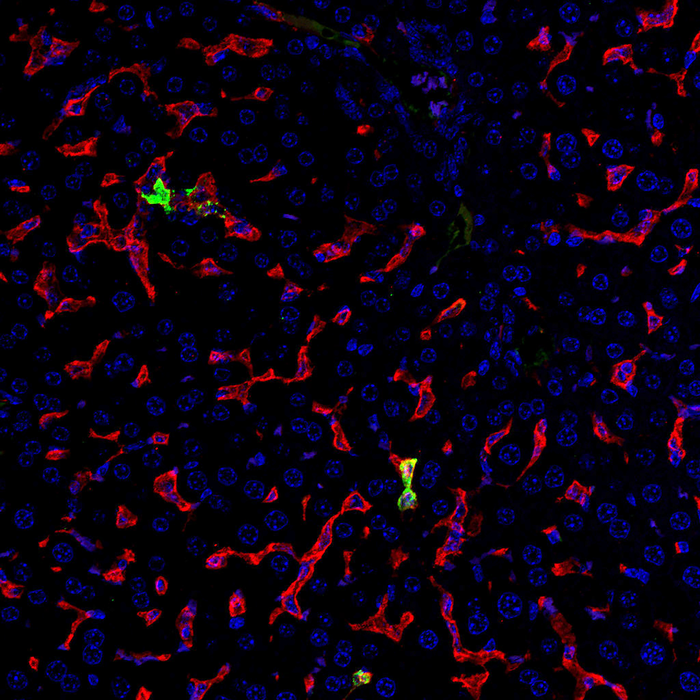 Army scientists determined that the body’s own natural immune response contributes to disease severity in mice infected with Crimean-Congo hemorrhagic fever virus (CCHFV), which causes a widespread tick-borne viral infection in humans. Their work, published May 19, 2022 in PLoS Pathogens, provides a deeper understanding of how the virus causes disease and forms a basis for developing medical countermeasures to prevent and treat infection.

CCHFV is endemic in Asia, Africa and Eastern Europe, and recent outbreaks have occurred in Western Europe. For these reasons, it is considered a priority pathogen by the World Health Organization. There are currently no approved drugs or vaccines against CCHFV, which causes disease ranging from minimally symptomatic to catastrophic and lethal. While it is unclear why some patients develop mild illness and others succumb to the disease, epidemiological studies suggest that the host inflammatory response—a complex reaction of the body that is triggered when healthy tissues are invaded by the virus—may be an important factor in mediating disease outcome. Until now, however, the importance of the host response in driving the disease process has not been shown experimentally.

To investigate this avenue, Joseph W. Golden, Ph.D. and colleagues at the U.S. Army Medical Research Institute of Infectious Diseases (USAMRIID) first demonstrated that mice without critical viral sensing “machinery” were less sensitive to CCHFV infection. These mice lacked a necessary protein called mitochondrial antiviral signaling protein (MAVS) and the finding occurred even when type I interferon, another key component of the immune response, was also inactivated.  This was a surprising finding, according to Golden, who said the mice should have been hypersensitive to infection because they lacked important innate protection systems.

“In fact, in MAVS-deficient mice, the virus failed to induce a potent inflammatory response, and levels of virus even decreased in the liver, a key target tissue for this virus,” he explained. This led USAMRIID investigators to suspect that over-production of inflammatory cytokines, a type of signaling molecule involved in the immune response, could be contributing to disease progression.

By studying infection in mice lacking key cytokine pathways, the researchers determined that TNF-α receptor signaling was a significant driver of CCHFV-mediated disease. They were able to protect mice infected with CCHFV using antibodies targeting TNF-α. Surprisingly, they also determined that while a less virulent strain of CCHFV caused a milder inflammatory response than a lethal strain of the virus, the two strains caused similar levels of liver damage.  Importantly, their work demonstrates that inflammatory responses help drive CCHFV disease outcomes.

USAMRIID has studied CCHFV for decades, and with the relatively recent development of suitable animal model systems, Golden and his team have focused their research on two areas: understanding how the virus causes disease and developing vaccines and drugs to prevent or treat infection. The group previously identified a critical protein called glycoprotein 38 (GP38) as an important antiviral antibody target. That research paved the way for development of immunotherapies that could be used to protect humans exposed to the virus. They also developed a DNA vaccine capable of protecting against the virus that is currently in pre-clinical development. With this latest study, the USAMRIID team has identified the host inflammatory response as a new target for drug intervention.

Their body of work offers the prospect of a combined therapeutic approach that both targets the virus and modulates the host response to help prevent severe disease, according to study co-author Aura Garrison, Ph.D. “With these recent advances, we hope to soon see vaccines and therapeutics being developed for human use to mitigate the threat of CCHFV,” she said.

For over 52 years, USAMRIID has provided leading edge medical capabilities to deter and defend against current and emerging biological threat agents. The Institute is the only laboratory in the Department of Defense equipped to safely study highly hazardous viruses requiring maximum containment at Biosafety Level 4. Research conducted at USAMRIID leads to vaccines, drugs, diagnostics, and training programs that protect both Warfighters and civilians. The Institute’s unique science and technology base serves not only to address current threats to our Armed Forces, but is an essential element in the medical response to any future biological threats that may confront our nation. USAMRIID is a subordinate laboratory of the U.S. Army Medical Research and Development Command. For more information, visit www.usamriid.army.mil.

“The host inflammatory response contributes to disease severity in Crimean-Congo hemorrhagic fever virus infected mice,” is available at this link:

Funding was provided by the Military Infectious Diseases Research Program.