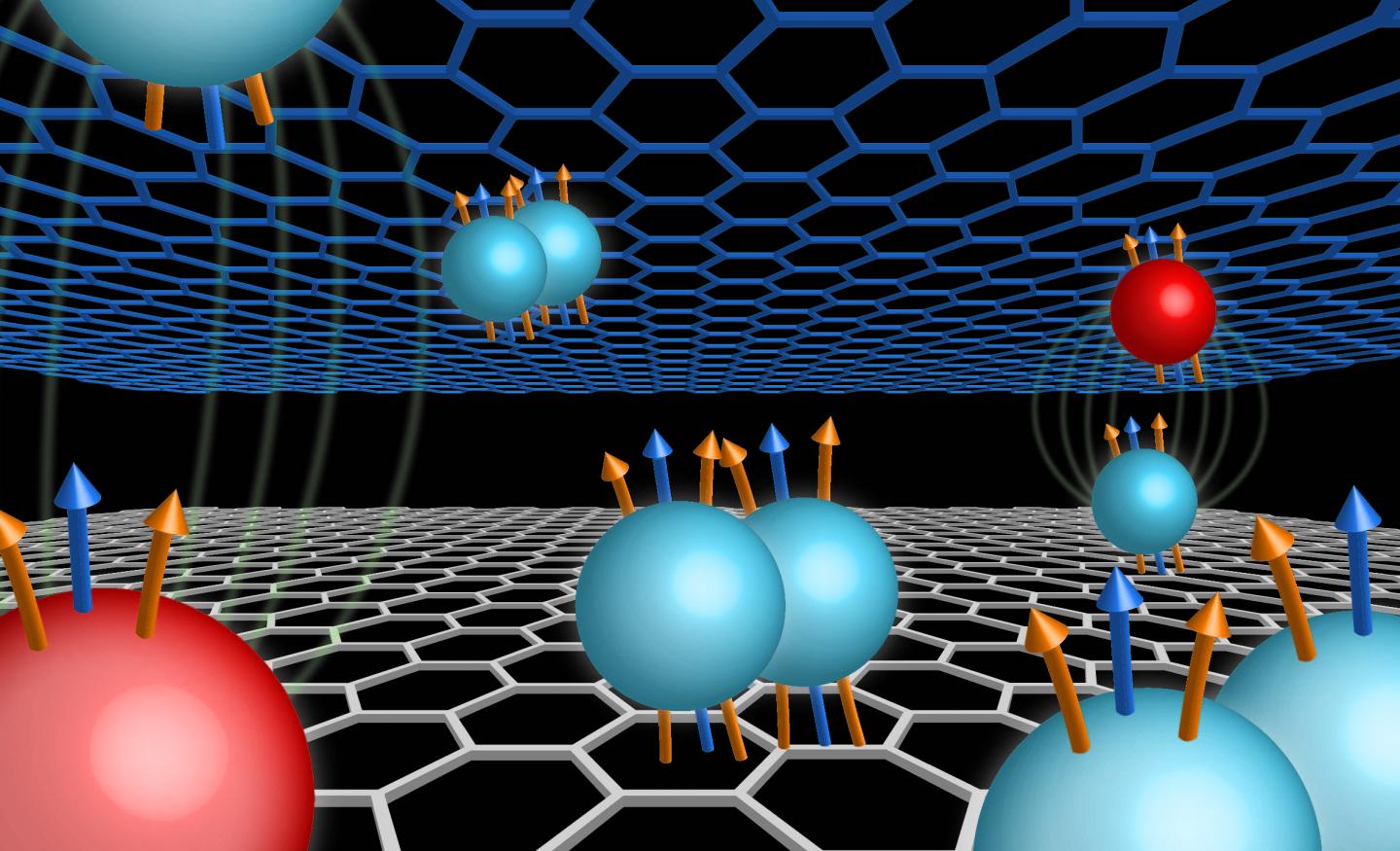 New York, NY–June 24, 2019–Researchers from Brown and Columbia Universities have demonstrated previously unknown states of matter that arise in double-layer stacks of graphene, a two-dimensional nanomaterial. These new states, known as the fractional quantum Hall effect, arise from the complex interactions of electrons both within and across graphene layers.

“The findings show that stacking 2D materials together in close proximity generates entirely new physics,” said Jia Li, assistant professor of physics at Brown, who initiated this work while a post-doc at Columbia working with Cory Dean, professor of physics, and Jim Hone, professor of mechanical engineering. “In terms of materials engineering, this work shows that these layered systems could be viable in creating new types of electronic devices that take advantage of these new quantum Hall states.”

The research is published in the journal Nature Physics.

The composite fermion theory has been successful in explaining a myriad of phenomena observed in single quantum well systems. This new research used double-layer graphene to investigate what happens when two quantum wells are brought close together. Theory had suggested that the interaction between two layers would lead to a new type of composite fermion, but this had never been observed in experiment.

For the experiments, the team built on many years of work at Columbia to improve the quality of graphene devices, creating ultra-clean devices entirely from atomically flat 2D materials. The core of the structure consists of two graphene layer separated by a thin layer of hexagonal boron nitride as an insulating barrier. The double-layer structure is encapsulated by hexagonal boron nitride as a protective insulator, and graphite as a conductive gate to change the charge carrier density in the channel.

“Once again the incredible versatility of graphene has allowed us to push the boundaries of device structures beyond what was previously possible.” says Dean, a professor of physics at Columbia University. “The precision and tunability with which we can make these devices is now allowing us to explore an entire realm of physics that was just recently thought to be totally inaccessible.”

The graphene structures were then exposed to strong magnetic fields–millions of times stronger than Earth’s magnetic field. The research produced a range of fractional quantum Hall states, some of which demonstrate excellent agreement with the composite fermion model, and some that had never been predicted or seen.

“Apart from the interlayer composite fermions, we observed other features that cannot be explained within the composite fermion model,” said Qianhui Shi, the paper’s co-first author and postdoctoral researcher at Columbia. “A more careful study revealed that, to our surprise, these new states result from pairing between composite fermions. Pairing interaction between adjacent layers and within the same layer give rise to a variety of new quantum phenomena, making double-layer graphene an exciting platform to study.”

“Of particular interest,” says Hone, “are several new states that have the potential of hosting non-Abelian wave functions–states that don’t quite fit the traditional composite fermion model.” In non-Abelian states, electrons maintain a kind of “memory” of their past positions relative to each other. That has potential in enabling quantum computers that do not require error correction, which is currently a major stumbling block in the field.

“These are the first new candidates for non-Abelian states in 30 years,” Dean said. “It’s really exciting to see new physics emerge from our experiments.”

The study is titled “Pairing states of composite fermions in double-layer graphene.”

The study was supported by the National Science Foundation (DMR-1507788), the David and Lucille Packard Foundation, and the Department of Energy (DE-SC0016703).

Scienmag Dec 19, 2019
Lacewing larvae are able to detoxify plant toxins too, but in a different manner as their prey: Caterpillars of the…