A U of A study finds a surprising division of labor among motor cortex neurons, which could lead to insight on neurological disorders 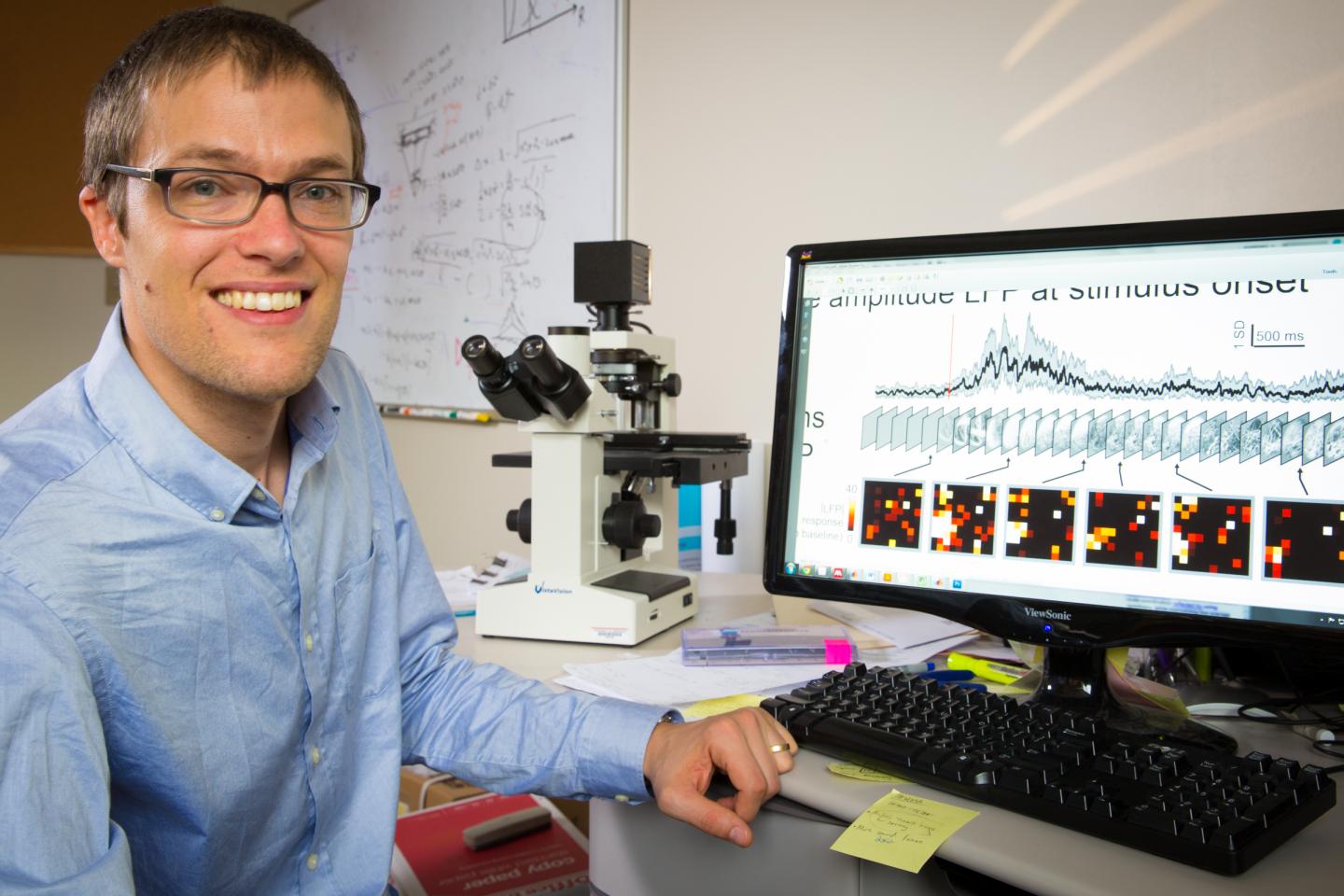 A study conducted by University of Arkansas researchers reveals that neurons in the motor cortex of the brain exhibit an unexpected division of labor, a finding that could help scientists understand how the brain controls the body and provide insight on certain neurological disorders.

“Alterations in inhibitory signaling are implicated in numerous brain disorders,” explained Woodrow Shew, associate professor of physics. “When we increased inhibition in the motor cortex, those neurons responsible for controlling the body become more internally oriented. This means that the signals that are sent to the muscles from the motor cortex might be corrupted by the ‘messy’ internal signals that are normally not present.”

Rett Syndrome, a rare but severe neurological disorder, is one of the brain disorders associated with an increase in inhibition. Shew plans to further research the implications of these findings for Rett Syndrome.

Shew, along with U of A graduate students Patrick Kells, Leila Fakhraei and Jingwen Li and postdoctoral researcher Shree Hair Gautam, published their results in Nature Communications.

Can science writing be automated?

The genetics of cancer