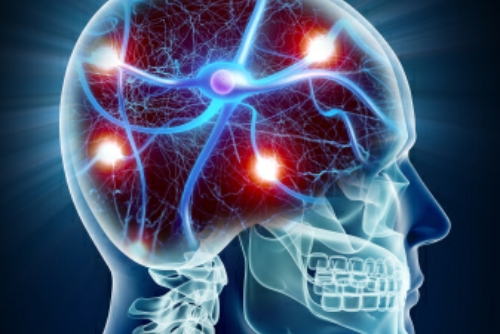 Stress is a common problem often resulting in poor health and mental disorders. New research has revealed that current concepts on how stress hormones act on the brain may need to be reassessed.

It is thought that disturbances in the action of stress hormones play a key role in causing mental disorders, like major depression and post-traumatic stress disorder (PTSD).

Learning to cope with stressful events is known to require changes in the expression of genes in the hippocampus, a limbic brain region involved in learning and memory. Such changes in gene expression are brought about by stress-induced glucocorticoid hormones acting via receptors that can directly bind to genes and alter their expression.

A BBSRC-funded study, published in the international journal Proceedings of the National Academy of Sciences (PNAS), has found that the action of mineralocorticoid receptors (MRs) at the neuronal genome cannot be predicted based solely on receptor occupancy by glucocorticoid hormone. As a result the concept on tonic and feedback action, which over the past few decades has been cited in textbooks, may require some adjustment.

Professor Hans Reul together with Dr Karen Mifsud, of the University’s School of Clinical Sciences, investigated the actual binding of MRs and glucocorticoid receptors (GRs) to genes in the hippocampus after stress. To their surprise they found the binding of MRs to genes was not constantly high but actually low under non-stress conditions and increased substantially after stress. GRs, however, followed the expectation that binding to target genes would be minimal under baseline conditions and increase dramatically after stress following the GR binding profile to glucocorticoids.

Hans Reul, Professor of Neuroscience, said: “These novel findings are a significant step forward in our understanding of how glucocorticoid hormones act on the brain after stressful events. They allow for the first time identification of genes within the hippocampus of the brain that are directly affected by GR/MR binding after stress. Given that stress-related psychiatric diseases such as major depression, anxiety and PTSD are an ever-increasing burden in our society, these new insights are important to find novel treatments and therapies in the future.”

The researchers also discovered that MRs and GRs don’t always act separately but can actually bind together at the same site within hippocampal genes after stress, possibly resulting in a boost in the expression of such genes. Their work provides the first strong evidence in vivo that MR and GR are heterodimerising and that MRs may require the presence of GRs in order to bind to specific target genes.

Thirty years ago, Professor Reul, who was working at Utrecht University in The Netherlands, observed that glucocorticoids exert their effects on the brain via two different types of receptors, the MRs and the GRs.

Professor Reul discovered that due to their extraordinarily high affinity for glucocorticoids, MRs are always fully occupied by these hormones whereas GRs, as a result of their lower binding affinity, only became occupied after a stressful event. Based on these results, the concept was launched that MRs have a constant (‘tonic’) action on brain function whereas GRs mediated negative feedback and enhance learning and memory after stress. Due to Dr Mifsud and Professor Reul’s new research at the University of Bristol, this concept may require reassessment.

Professor Reul and Dr Mifsud will pursue this ground-breaking work after recently receiving grants over £1 million from BBSRC to continue with this successful stress research programme.

‘Acute stress enhances heterodimerization and binding of corticosteroid receptors at glucocorticoid target genes in the hippocampus’, by Karen R. Mifsud and Johannes M.H.M. Reul in the Proceedings of the National Academy of Sciences (PNAS)