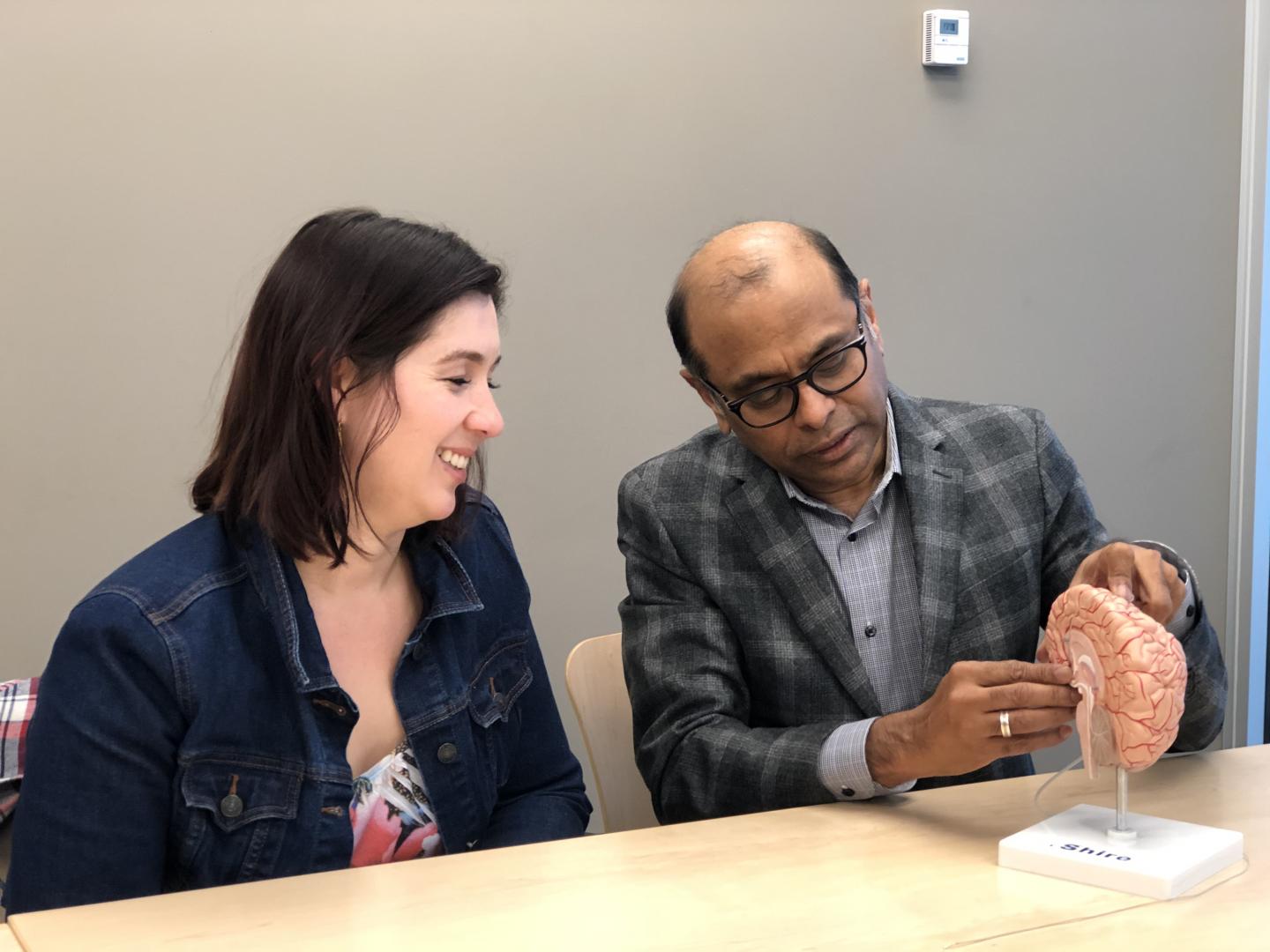 Beth MacKay knew at a young age that she saw the world differently than many of her friends and family. She thought her pessimism and cynicism were rooted in realism, a proud reminder of her Scottish roots, and not a sign of an underlying medical condition. But, that understanding of herself changed when at the age of 17, she attempted suicide.

“I was diagnosed with depression, but looking back, it started much earlier,” says MacKay, now 31. “Doctors believe it may have started when I was 10 or 11-years-old. As a child I would go through periods where I couldn’t sleep, I didn’t want to go to school, and I was constantly sick.”

MacKay’s parents tried to find help and support for her. They thought her symptoms may have been related to a learning disorder, but no one suspected depression could be the cause.

Prescribed anti-depressants and therapy, MacKay went on to university. She noticed everyone around her seemed to be functioning, but she couldn’t get out of bed. She spent the next several years pretending to be okay. She would sleep most of the day, and get up-and-out only long enough to put on a front to show people she was fine. It seemed that no matter what treatment options she tried nothing made life manageable.

“Everyday felt like climbing up a mountain. Something as simple as showering, doing dishes or throwing in a load of a laundry felt too difficult at times,” recalls MacKay.

Always open to trying something else to improve her life, MacKay volunteered for a research study at the University of Calgary. Dr. Rajamannar Ramasubbu, MD, was investigating the effects of two different methods of deep brain stimulation (DBS), short pulse and long pulse, for treatment-resistant depression.

“Depression is caused by abnormalities in the neural circuit responsible for emotional regulation,” says Ramasubbu. “The region of the brain we target (subcallosal cingulate) is the junction of the limbic and frontal regions. Stimulating this area helps to keep a balance between these two unique systems.”

Participants are awake when the device is implanted. Dr. Zelma Kiss, MD/PhD, a neurosurgeon and co- principal investigator of the study performed the procedure at the Foothills Medical Centre (FMC).

Participants were randomized into two groups, one group received short pulse stimulation, the other long pulse width stimulation. After six months, treatment switched for those who did not respond in the first six months. Researchers used the Hamilton Depression Rating Scale to measure change in symptoms.

“Both methods of stimulation were equally safe and effective in reducing depressive symptoms,” says Ramasubbu. “50 per cent of the participants responded to the stimulation with 50 per cent reduction in symptoms. Of which 30 per cent experienced complete improvement in their symptoms, especially those who received long pulse width stimulation.”

MacKay says she’s experienced a massive change.
“Basically I was nearly dead and now I’m mostly alive. I’m still figuring out what life feels like, because it feels so different and so much better than before the implant.”

Ramasubbu adds more research is needed to determine which patients with treatment resistant depression will benefit from DBS. Study participants ranged in age from 20 to 70, with younger participants showing better improvement than older participants.

Findings are published in The Lancet Psychiatry.

Led by the Hotchkiss Brain Institute, Brain and Mental Health is one of six research strategies guiding the University of Calgary towards its Eyes High goals. The strategy provides a unifying direction for brain and mental health research at the university and positions researchers to unlock new discoveries and treatments for brain health in our community.

A comprehensive map of how Alzheimer’s affects the brain