Science is one step closer to developing targeted drug therapies that may reduce seizures, sleep disorders, and related symptoms common in people with intellectual disabilities. 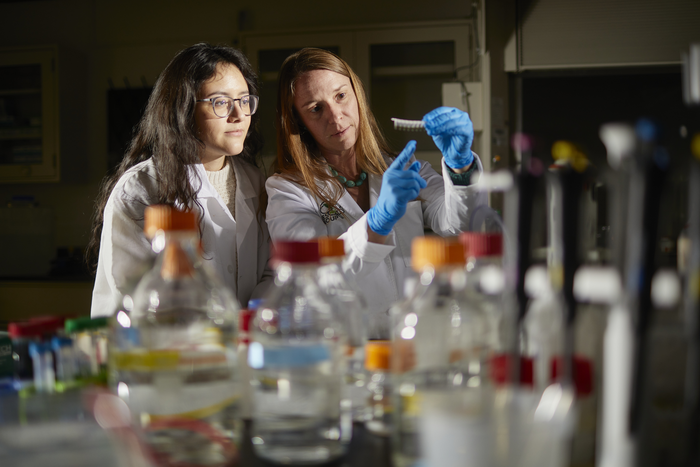 Science is one step closer to developing targeted drug therapies that may reduce seizures, sleep disorders, and related symptoms common in people with intellectual disabilities.

Research led by a team of UNLV neuroscientists has shown the potential to zero in on the root-level cause of a host of adverse symptoms associated with unique subtypes of neurodevelopmental disorders, work that could one day improve the lives of millions worldwide.

The study, published Feb. 15 in the Nature journal Molecular Psychiatry, builds on previous research by UNLV neuroscientist Rochelle Hines and collaborators, which discovered that two key proteins — collybistin and the GABAA receptor α2 subunit — control the firing of brain cells and contribute to epileptic seizures, learning and memory deficiencies, sleep disturbances, and other symptoms frequently associated with various forms of intellectual disability including Down syndrome, autism, and ADHD.

“Seizures and sleep deficits are two of the most common and most disruptive symptoms in children with neurodevelopmental disorders, and sleep deficits in particular are not well treated and can impact the entire family,” said Hines, who partnered with UNLV faculty and undergraduate and graduate student researchers, as well as scientists from Tufts University and Boston Children’s Hospital. “This research gives new hope to patients that we can now develop drug therapies and provide more precise interventions.”

In addition to patients with neurodevelopmental disorders, researchers said their study has the potential to improve the quality of life more broadly for people who grapple with sleep dysfunction, epilepsy, anxiety, hyperactivity, and other neurological abnormalities.