Decrease in temperature differences may have forced warming at low latitudes 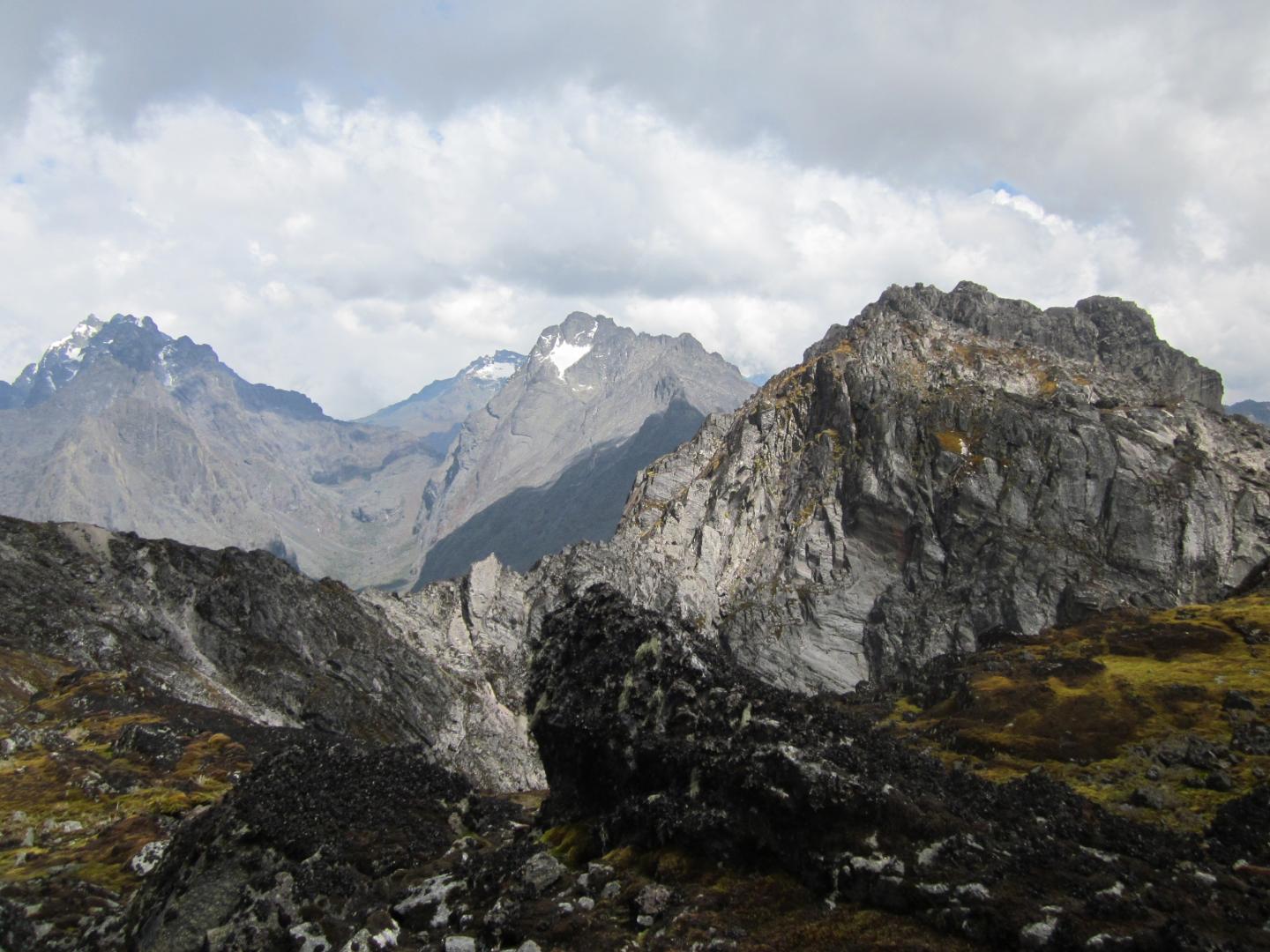 HANOVER, N.H. – December 11, 2019 – Tropical glaciers in Africa and South America began their retreat simultaneously at the end of the last ice age about 20,000 years ago, according to a Dartmouth study.

The finding of synchrony in ice retreat across the global tropics clarifies how the low latitudes transformed during one of Earth’s most extreme climate change events and can help current-day predictions of our own climate future.

The study, published in Science Advances, supports the overwhelming scientific consensus on the role of carbon dioxide in causing global climate change, but adds additional levels of complexity to the understanding of Earth’s climate system and how ice ages rapidly end. The result also adds to the understanding of the sequencing of glacial retreat between the tropics and the polar regions at the time

“Carbon dioxide is what caused the Earth to come out of the last ice age,” said Meredith Kelly, an associate professor in the Department of Earth Sciences at Dartmouth, and senior researcher on the study. “But there are also processes that began before carbon dioxide increased that are important to the overall story of how the period ended, and that’s what we wanted to understand.”

According to the Dartmouth study, glaciers in tropical Africa and South America reached their maximum extents about 29,000-21,000 years ago and then began to melt. This retreat is earlier than the significant rise in atmospheric carbon dioxide recorded at about 18,200 years ago.

The findings demonstrate a trend of increasing tropical temperatures across the planet and suggest that the warming may have been caused by a reduction in the temperature differences between the Earth’s polar regions and the tropics.

At the end of the last ice age in the Arctic, small changes in Earth’s orbit resulted in more solar radiation and warmer temperatures, and caused a retreat of the northern ice sheets. In Antarctica, the change of the planet’s angle to the sun created longer summers. The reduction in the temperature gradient between the poles and the tropics slowed the movement of heat out of the low latitudes to the extreme north and south, making the tropics warmer and resulting in faster loss of glaciers in the region.

Once changes in ocean and atmospheric circulation patterns and the upsurge in carbon dioxide took over, the planet was left in an overwhelming warming spiral that melted ice sheets near the poles and all but eliminated glaciers in the tropics.

“Just a couple of thousand years could make all the difference in our understanding of past and present climate change events,” said Margaret Jackson, who served as the lead author of the study while a PhD student at Dartmouth. “This study shows that glaciers were responding to warming even before the deglacial rise in carbon dioxide pushed the planet over the edge to end the last ice age.”

In addition to a simultaneous, pan-tropical warming, the study’s additional finding that tropical glaciers reached their maximum extents at the same time as glaciers at higher latitudes confirms a global synchrony of cooling during the last ice age.

Field research for the study was conducted on glacial moraines in the equatorial Rwenzori Mountains located on the border between Uganda and the Democratic Republic of Congo. Mountain glaciers, particularly those located at high elevations in tropical regions, are sensitive to changes in temperature. The study used the past extents of tropical glaciers to infer past changes in tropical temperatures.

Researchers determined the timing of tropical glacier advance and retreat by analyzing beryllium-10, a radioactive isotope that is produced in quartz. Since beryllium-10 is only made when a rock surface is exposed to the atmosphere, its concentration indicates the amount of time since a glacial moraine was deposited.

Prior research using beryllium-10 dating indicated that some tropical glaciers achieved their maximum extents during the height of the last ice age. But those findings were limited to South America. The Dartmouth study recalculated the previously-determined data taken from sites across tropical South America and extended the findings to tropical East Africa to demonstrate that glacier loss during this period was a pan-tropical phenomenon.

“We knew from past work that tropical glaciers in South America may have retreated early, but we didn’t know how widespread the phenomenon was. The Rwenzori Mountains proved to be the perfect outdoor laboratory to confirm the pan-tropical timing of past climate change,” said Jackson.

While ice core records from the tropics are available to researchers, interpreting information about past climate from them can be complex. Since the tropics are far from the direct cooling of high latitude ice sheets, the region can be used to better understand global temperatures during the last glacial period and help provide clues about how Earth’s temperature changed over time.

The study also helps researchers understand how temperature gradients, greenhouse gasses, atmospheric circulation and ocean circulation work together to cause the planet to “flip” between cold and warm periods.

“Today’s planet is entering a new climate mode that is unprecedented in the last millions of years,” said Kelly. “Models of past change events can help us predict the future, and our more complete understanding of the tropics serves as an important piece of puzzle.”

Existing research on tropical glaciers during the last ice age is constrained to Africa and South America. Future work aims to determine whether sites in other regions can add to the understanding of global climate change.

Researchers from Brown University, Bates College, Makerere University and Lawrence Livermore National Laboratory all contributed to this paper. This research was funded by the National Science Foundation and the Comer Family Foundation.

Founded in 1769, Dartmouth is a member of the Ivy League and offers the world’s premier liberal arts education, combining its deep commitment to outstanding undergraduate and graduate teaching with distinguished research and scholarship in the arts and sciences and its leading professional schools: the Geisel School of Medicine, the Guarini School of Graduate and Advanced Studies, Thayer School of Engineering and Tuck School of Business.

A new early whale, Aegicetus gehennae, and the evolution of modern whale locomotion

Low sea-ice cover in the Arctic