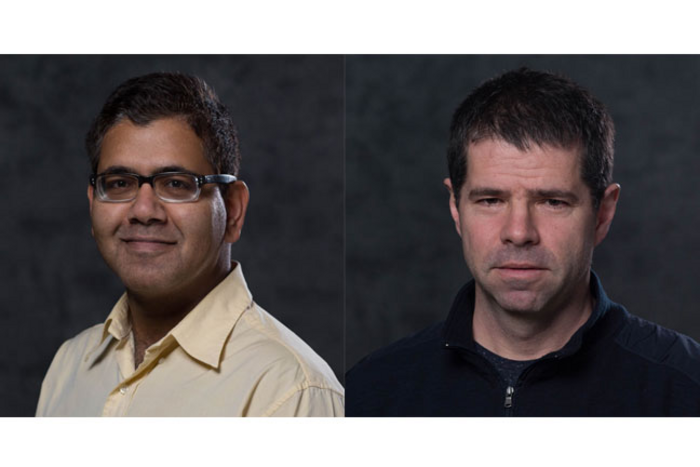 “We are fortunate to have so many highly accomplished and dedicated scholars in our school,” said Curt M. Breneman, Dean of the School of Science. “I am excited to be working with Professors Zaki and Korniss, who are not only leaders in their respective fields, but are also administrative leaders dedicated to growing and developing their departments and programs.”

Zaki’s expertise is in developing novel data mining and machine learning techniques, particularly for text mining, social networks, bioinformatics, and personal health. His nearly 300 publications include the Data Mining and Machine Learning textbook (2nd Edition, Cambridge University Press, 2020) and he holds six patents. Zaki is currently an associate editor for Data Mining and Knowledge Discovery. In the past, he has served as area editor of Statistical Analysis and Data Mining and associate editor of ACM Transactions on Knowledge Discovery from Data, Knowledge and Information Systems; ACM Transactions on Intelligent Systems and Technology; Social Networks and Mining; and International Journal of Knowledge Discovery in Bioinformatics. He has co-chaired all of the major conferences in data mining and is currently co-chairing the ACM International Conference on Information and Knowledge Management ’22.

Zaki’s research is supported in part by the National Science Foundation (NSF), Defense Advanced Research Projects Agency (DARPA), National Institutes of Health (NIH), Department of Energy (DOE), IBM, Google, HP, and Nvidia. He is a fellow of the IEEE and a fellow of the Association for Computing Machinery. He was a recipient of the National Science Foundation CAREER Award, the DOE Early Career Principal Investigator Award, the HP Innovation Research Award, and a Google Faculty Research Award.

Zaki has been a Rensselaer faculty member since 1998 and a professor since 2009. Previously, he served as the associate department head and graduate program director for the Department of Computer Science. He earned a Ph.D. in computer science from the University of Rochester.

“Computer science has revolutionized all fields of inquiry and has profoundly altered how we live,” said Zaki. “We are on the cusp of a tantalizing future comprising autonomous vehicles, assistive robots, personalized health, artificial general intelligence, and so on, all powered by computer science. I look forward to creating a bold, shared blueprint for a vibrant and top-ranked computer science department,” claimed Zaki.

Korniss’ research focuses on transport, flow, and cascading failures in complex networks; synchronization, coordination, and extreme events in coupled stochastic systems; and opinion dynamics and influencing in social networks. His background is in statistical physics, stochastic processes, and interacting agent-based systems. Korniss has authored or co-authored over 100 mostly interdisciplinary papers and book chapters in publications such as Science, Physical Review Letters, Journal of Theoretical Biology, Scientific Reports, and Chaos. He is an editorial board member of Fluctuation and Noise Letters and Scientific Reports.

Korniss has been a Rensselaer faculty member since 2000 and a professor since 2012, earning the Trustees’ Faculty Achievement Award in 2006, 2009, and 2012. He is affiliated with Rensselaer’s Network Science and Technology Center (NEST) and the Social Cognitive Networks Academic Research Center (SCNARC). Prior to Rensselaer, he was a postdoctoral research associate at the Supercomputer Computations Research Institute at Florida State University. Korniss earned a Ph.D. in physics from Virginia Tech and a diploma in physics from Eotvos University, Budapest.

“I am excited to step into this role and am looking forward to working with our new Institute leadership, my colleagues, and the dean to effectively lead the immediate and strategic, long-term goals of the department,” Korniss said.

Founded in 1824, Rensselaer Polytechnic Institute is America’s first technological research university. Rensselaer encompasses five schools, over 30 research centers, more than 140 academic programs including 25 new programs, and a dynamic community made up of over 6,800 students and 104,000 living alumni. Rensselaer faculty and alumni include upwards of 155 National Academy members, six members of the National Inventors Hall of Fame, six National Medal of Technology winners, five National Medal of Science winners, and a Nobel Prize winner in Physics. With nearly 200 years of experience advancing scientific and technological knowledge, Rensselaer remains focused on addressing global challenges with a spirit of ingenuity and collaboration. To learn more, please visit www.rpi.edu.