Remembering too much or not enough: NIH funds WVU research into Alzheimer’s disease, PTSD

Erasing cherished memories isn’t the only way a person’s mind can sabotage happiness. The mind can accomplish the same feat by printing the most painful memories in indelible ink. 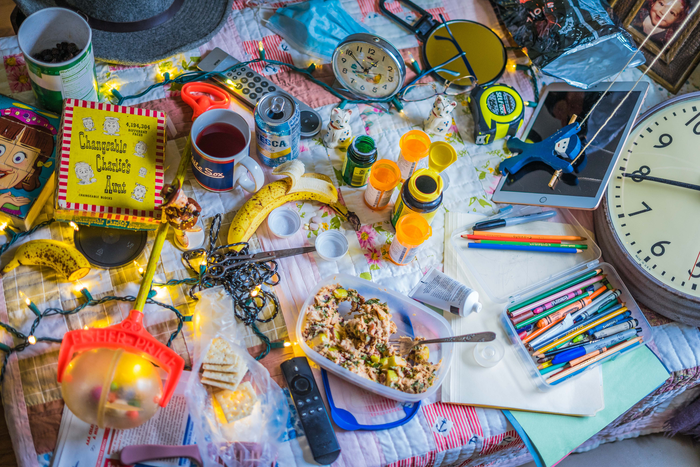 Erasing cherished memories isn’t the only way a person’s mind can sabotage happiness. The mind can accomplish the same feat by printing the most painful memories in indelible ink.

Bernard Schreurs, a researcher with the West Virginia University School of Medicine and Rockefeller Neuroscience Institute, is studying the mechanisms behind Alzheimer’s disease and PTSD. What he and his colleagues discover—on the behavioral, anatomical and molecular levels—may suggest new ways to prevent or treat these memory-related diseases.

The National Institutes of Health has awarded three grants for the work totaling $6.3 million over five years.

“One of the things about learning and memory is that they’re difficult to investigate in a meaningful way because everybody’s different,” said Schreurs, who directs the West Virginia Alzheimer’s Disease Registry. “Their experiences are different. How their brain works may be a little different. And that makes it almost intractable from a research point of view. So, what do we do about that? One way to reduce the problem is to make the learning and memory tasks as simple as possible. The second way is to use model systems where we have more control and a better appreciation for the brain circuitry that might be involved. We do both.”

Schreurs and his team are using animal models to test whether holding onto stressful events, rather than forgetting about them once they’re over, is related to certain changes in the microscopic scaffolding that surrounds nerve cells.

In this case, the “stressful” event is a startling, but entirely harmless, puff of air that feels similar to a glaucoma exam in an eye doctor’s office.

The researchers are also using animal models to study the role that estrogen, a female sex hormone, and a high-cholesterol diet play in the development of Alzheimer’s disease.

‘Not exactly the whole story’

Alzheimer’s disease disproportionately affects women. According to the Alzheimer’s Association, women make up nearly two-thirds of the Americans who have it.

“Epidemiologists first argued that that was because women live longer than men, and Alzheimer’s is a disease of aging,” Schreurs said. “If there are more women than men at age 85, then more women are going to be affected, simply looking at the numbers. But it turns out, that’s not exactly the whole story.”

It’s possible that estrogen is protective against Alzheimer’s disease. That protection would wane as women age, reach menopause and produce less of the hormone.

Schreurs and his team are exploring that idea by replicating the phenomenon in rabbit models.

They’re also examining the association between a high-cholesterol diet and Alzheimer’s disease.

In particular, they’re scrutinizing how eating a diet that’s high in cholesterol can affect male and female rabbits differently and make males especially vulnerable to Alzheimer’s disease. Male rabbits tend to produce the pathology “more profoundly” than their female counterparts, Schreurs said, perhaps because of the protective effects of estrogen in females.

The link between high cholesterol and Alzheimer’s disease is especially curious because cholesterol can’t cross the blood–brain barrier. Scientists have yet to figure out how the two conditions are related.

To fill that knowledge gap, Schreurs and his colleagues are tracking one of the byproducts of cholesterol which can enter the brain.

They’re also looking at a certain protein that helps the body handle cholesterol to see how a genetic variant of I, called APOE4, might contribute to Alzheimer’s disease.

“People with APOE4 are more likely to get Alzheimer’s disease and that seems to be more the case in women than in men,” Schreurs said.

When memory works too well

In addition, Schreurs and his team will observe how memories of stressful experiences can be woven in a tapestry of molecules around brain cells. This tapestry—called the perineuronal net, or PNN—plays a crucial role in learning.

If the animal models undergo mildly “stressful” events, might the PNN take shape in response? Does it matter whether those “stressors” occur during certain points in the rats’ lives? And, if the PNN does appear, can it be unraveled? The researchers want to find out.

“Like people, animals have critical periods of development,” Schreurs said. “Take vision, for example. If you block someone’s eyes, they don’t develop visual systems as well as they could. These critical periods are a function of a special kind of mesh or net that forms around neurons in the brain in particular places, and they tend to influence how well someone can learn and remember. We’re exploring that net—in younger animals—to see how it develops during this learning process as a function of these critical periods. Then we’ll see how we can reverse that, in this case by using an enzyme that helps break down this mesh.”

It’s plausible that using the enzyme to dissolve the PNN could alleviate PTSD symptoms. If so, Schreurs’ findings could point to novel treatments for people.

Editor’s note: The use of animals in this project was evaluated by WVU’s institutional animal care and use ethics committee. West Virginia University is voluntarily accredited by AAALAC, a national peer organization that establishes a global benchmark for animal well-being in science.