Mobile phone batteries with a lifetime up to three times longer than today’s technology could be a reality thanks to an innovation led by engineers at RMIT University. 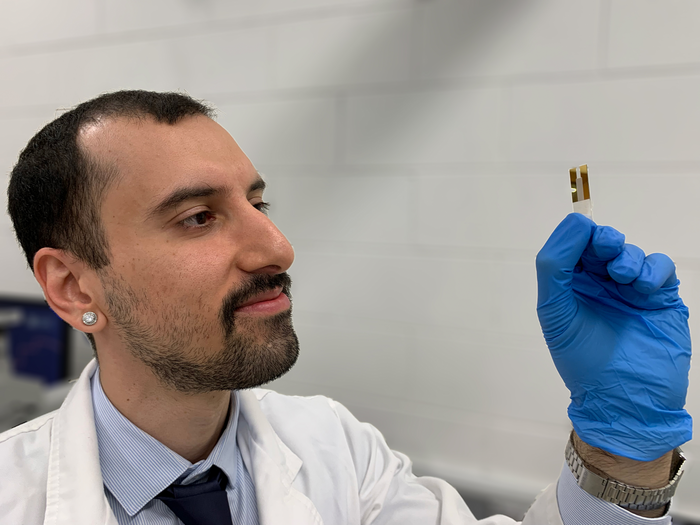 Mobile phone batteries with a lifetime up to three times longer than today’s technology could be a reality thanks to an innovation led by engineers at RMIT University.

Rather than disposing of batteries after two or three years, we could have recyclable batteries that last for up to nine years, the team says, by using high-frequency sound waves to remove rust that inhibits battery performance.

Only 10% of used handheld batteries, including for mobile phones, are collected for recycling in Australia, which is low by international standards. The remaining 90% of batteries go to landfill or are disposed of incorrectly, which causes considerable damage to the environment.

The high cost of recycling lithium and other materials from batteries is a major barrier to these items being reused, but the team’s innovation could help to address this challenge.

The team are working with a nanomaterial called MXene, a class of materials that they say promises to be an exciting alternative to lithium for batteries in the future.

“Unlike graphene, MXenes are highly tailorable and open up a whole range of possible technological applications in the future,” said Yeo from RMIT’s School of Engineering.

The big challenge with using MXene was that it rusted easily, thereby inhibiting electrical conductivity and rendering it unusable, he said.

“To overcome this challenge, we discovered that sound waves at a certain frequency remove rust from MXene, restoring it to close to its original state,” Yeo said.

The team’s innovation could one day help to revitalise MXene batteries every few years, extending their lifetime up to three times, he said.

“The ability to prolong the shelf life of MXene is critical to ensuring its potential to be used for commercially viable electronic parts,” Yeo said.

The research is published in Nature Communications.

How the innovation works

Co-lead author Mr Hossein Alijani, a PhD candidate, said the greatest challenge with using MXene was the rust that forms on its surface in a humid environment or when suspended in watery solutions.

“Surface oxide, which is rust, is difficult to remove especially on this material, which is much, much thinner than a human hair,” said Alijani from RMIT’s School of Engineering.

“Current methods used to reduce oxidation rely on the chemical coating of the material, which limits the use of the MXene in its native form.

“In this work, we show that exposing an oxidised MXene film to high-frequency vibrations for just a minute removes the rust on the film. This simple procedure allows its electrical and electrochemical performance to be recovered.”

The potential applications of the team’s work

The team says their work to remove rust from Mxene opens the door for the nanomaterial to be used in a wide range of applications in energy storage, sensors, wireless transmission and environmental remediation.

Associate Professor Amgad Rezk, one of the lead senior researchers, said the ability to quickly restore oxidised materials to an almost pristine state represented a gamechanger in terms of the circular economy.

“Materials used in electronics, including batteries, generally suffer deterioration after two or three years of use due to rust forming,” said Rezk from RMIT’s School of Engineering.

“With our method, we can potentially extend the lifetime of battery components by up to three times.”

While the innovation is promising, the team needs to work with industry to integrate its acoustics device into existing manufacturing systems and processes.

The team is also exploring the use of their invention to remove oxide layers from other materials for applications in sensing and renewable energy.

“We are keen to collaborate with industry partners so that our method of rust removal can be scaled up,” Yeo said.

MULTIMEDIA FOR MEDIA USE

Here’s a link to images and a short video from the research team to give you a visual sense of how the innovation works: https://cloudstor.aarnet.edu.au/plus/s/9I0u18DpIXNtnq5