What does it take to discover a new species of cicada? 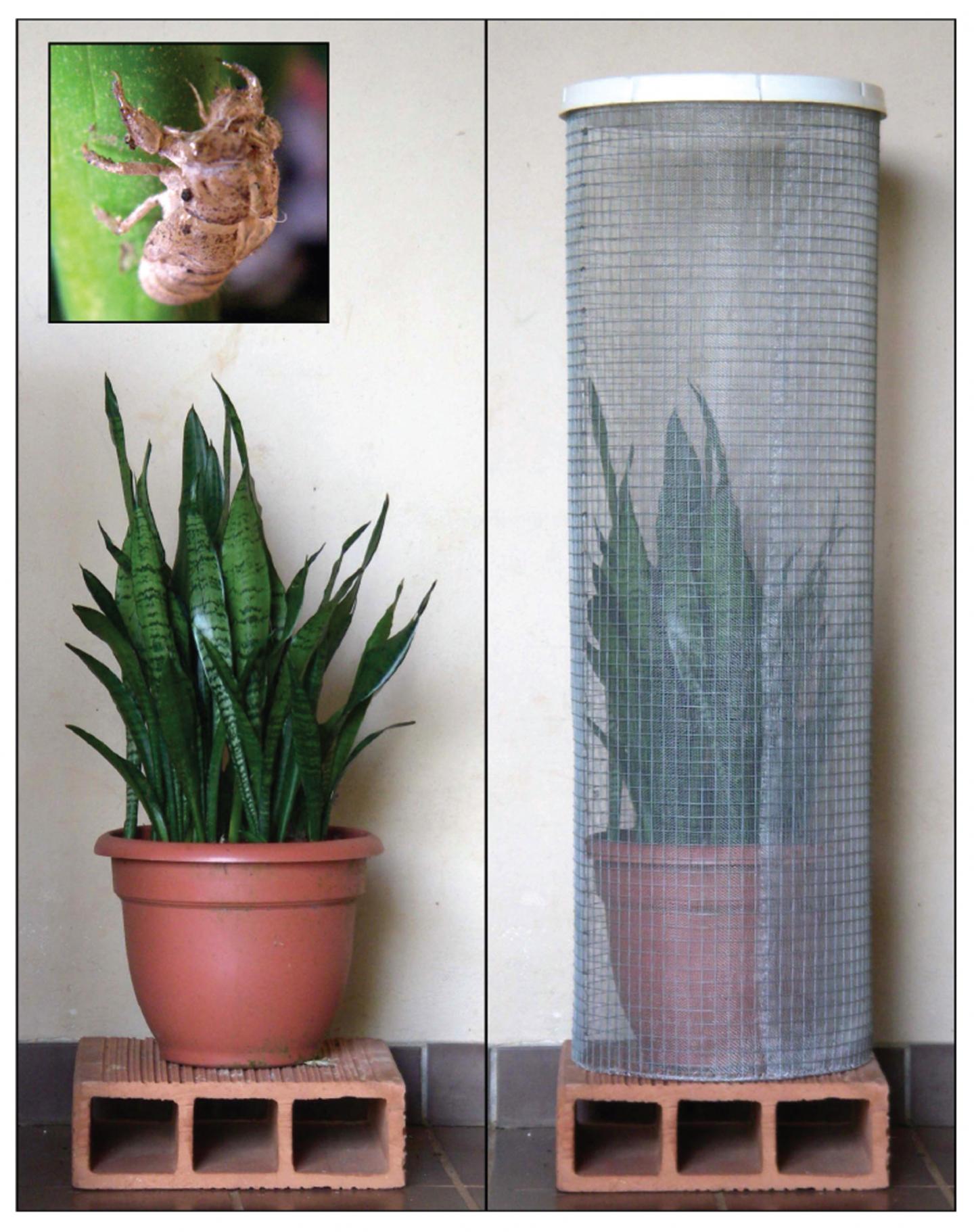 The 17-year cicadas emerging dramatically by the billions in 15 U.S. states from Georgia to New York and west to Illinois are making quite a racket–a uniquely North American phenomenon–but thousands of other cicada species on the planet also spend most of their lives underground, many of them emerging below the radar of human perception. Because most cicada species don’t emerge simultaneously like species in the genus Magicicada–the periodical cicadas–little is known about their natural history. Driven by unusual attention to detail and curiosity, Annette Aiello, staff entomologist at the Smithsonian Tropical Research Institute (STRI) in Panama, joined a very select group of people who have successfully reared cicadas a feat that may reveal their host plants, their reproductive timing and other mysterious facets of their nature–and in this case, may result in the identification of a new species.

According to published records, only three of the many hundreds of cicada species in North, Central, and South America had previously been reared from egg to adult.

Annette Aiello’s level of perception for natural history events is a radar system that most of us lack. How many people would cage a houseplant and create a data sheet to record how many cicadas emerge from a pot? That is what Annette did after she saw an empty cicada shell–an exoskeleton–on her mother-in-law’s tongue or sword plant (Dracaena trifaciata) in Arraijan, Panama. Several years later, when Brian Stucky was in Panama on a Smithsonian short-term fellowship to study cicada parasitoids, Annette, who usually studies butterflies and moths, told him about her rearing experience and showed him the collection of the 29 cicadas–12 males and 17 females–that had emerged from the pot. For most of them, Aiello was able to collect both the exoskeleton of the nymph and the adult insect.

“The amazing story of this paper is that, just incidentally, Annette had a houseplant sitting on her front porch and she noticed this exoskeleton on it…and then she actually built a huge cage to put the whole plant inside and got all of this data,” Brian said. “I was amazed when several years later when we wrote the paper, I needed more information about when she repotted the plant and, of course, she had that information written down, which was just incredible.”

The life cycle of most cicadas is simple: females lay eggs in twigs or other plant parts and when the nymphs hatch, they crawl down into the ground and spend the next phase of their lives sipping the water and minerals from plant roots. Sometime later, the mature nymphas crawl out of the soil; the adults emerge; the males sing; the females find them; they mate and the cycle begins again. For most of the cicada species in the world, nothing is known about what plants they lay their eggs on or eat, how long they stay underground, what determines the length of their lives and what influences their decision to emerge from the ground to mate.

Annette repotted her plant about 500 days before the first nymphs emerged. Because juvenile cicadas are very fragile, Annette and Brian think that the eggs must have been laid after the plant was repotted, so the complete life-cycle must be less than 500 days, much shorter than the periodic cicadas in the U.S., which have life-cycles of 13 and 17 years. And unlike the periodical cicadas, which emerge all at once, it took 53 days for the 29 individuals to emerge.

When Brian Stucky, now an artificial intelligence facilitator/consultant in Research Computing at the University of Florida, compared the cicadas Annette reared to others in the collections at STRI, the Natural History Museum in London, and the Florida State Collection of Arthropods, which has a fairly large number of cicada specimens from Central America, he found no other specimens that exactly matched them. He thinks this is probably a new species in the genus Pacarina, but he cannot be sure because there is still not enough information about this group.

To identify this species, a thorough review of all of the records of Pacarina species, sound recordings of their unique songs and the songs of related species, and more information about the natural host plants of the species in this genus across their ranges will be necessary.

“The very limited work that has been done on cicada life-cycles in the tropics has mostly focused on cicadas that are pests of coffee,” Brian explains. “When you study these organisms that may take a decade or so to develop, it’s not a path to rapid results or publications, so that kind of work just doesn’t get done. It’s considered low pay-off, at least by the way we currently measure scientific productivity.”

But Annette, who is on the staff at STRI, has spent many years rearing butterflies and moths from caterpillars, a more straightforward, but by no means simple task. To rear caterpillars, she has to figure out what leaves they eat, and wait until the caterpillar forms a pupa, from which the adult butterfly emerges.

“When I started rearing lepidopterans, it was just to discover which butterflies and moths come from which caterpillars,” Annette said. “Other people have also done this too. Dan Janzen and Winnie Hallwachs reared a lot of caterpillars in Costa Rica.”

The most challenging insect that Annette has ever reared was a scarab beetle. A colleague, Bill Eberhard, brought her a bird’s nest that contained two beetle grubs. “I hung it in a breezy place by a mister in a greenhouse so that they would get ventilation and humidity at the same time. One of them made a cocoon, then the other. I kept the cocoons in screen cages in my lab until the two beetles emerged and I could make the connection between the characteristics of the grub and the adult. Finally, I sent the adults to a specialist in the Netherlands who confirmed their identification.”

A website called cicadamania.com has this to say about rearing cicadas: “should you decide to raise cicadas consider the following 1) expect 95 % of the cicadas to die, 2) care of the eggs is critical, 3) use host plants preferred by the species, 4) use a species with a short life-cycle, 5) use see-through pots so that you can see the cicadas as they develop.”

Entomologists like Annette, who has a permanent research position, and Brian, who supports his passion for cicadas while helping biologists use artificial intelligence for biodiversity research, will continue to learn more about this mysterious group of insects.

“The wonderful thing about natural history is that you get to see things that no one else has ever seen,” Aiello said. “I just look for something that seems out of place.” Natural history information that researchers like Annette and Brian collect may seem trivial, but these are the experts people call on when they need to identify crop pests, or just an unusually beautiful insect in their garden.

The Smithsonian Tropical Research Institute, headquartered in Panama City, Panama, is a unit of the Smithsonian Institution. The institute furthers the understanding of tropical biodiversity and its importance to human welfare, trains students to conduct research in the tropics and promotes conservation by increasing public awareness of the beauty and importance of tropical ecosystems. Promo video.