Rattlesnakes diversify venom to stay ahead of evolving prey

A new study by a team that includes biologists from The University of Texas at Arlington describes how rattlesnakes diversify their venom to maintain an advantage in the ongoing “arms race” with evolving prey resistance. 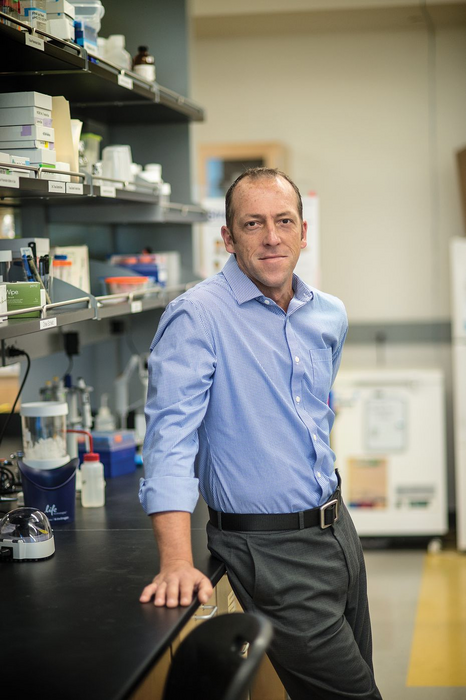 A new study by a team that includes biologists from The University of Texas at Arlington describes how rattlesnakes diversify their venom to maintain an advantage in the ongoing “arms race” with evolving prey resistance.

Understanding this diversity of venom could be useful in developing anti-venom therapeutics to better treat snakebites.

Todd Castoe, professor of biology and senior author of the study published in Nature Ecology and Evolution, said the team’s findings overturn decades of thought on which factors shape venom gene evolution and venom variation.

Researchers have long presumed that snake venom evolves in a directional fashion, with natural selection favoring a single best form of venom for killing prey. Instead, according to the study, prey may evolve mechanisms to resist snake venom over time, and snakes, in turn, may evolve new venom components to kill prey more effectively.

“It turns out that the arms race between snakes and prey ends up favoring the constant re-shuffling of venom variants, leading to the retention of lots of venom variants over time, some of which are ancient,” Castoe said. “Our findings help explain decades of seemingly contradictory theory and evidence for what drives the extreme variation observed in snake venoms.”

Lead author of the paper is Drew Schield, a postdoctoral fellow in ecology and evolutionary biology at the University of Colorado at Boulder who received his Ph.D. in quantitative biology from UTA in 2018.

Snake venom is made of a toxic mix of proteins and enzymes and is delivered through a bite that kills or immobilizes prey. Over time, prey may evolve mechanisms to resist snake venom, and snakes in turn may evolve new venom components to kill prey more effectively.

“This could lead to a more expansive venom toolkit, with a more diverse set of tools to subdue prey,” Schield said.

One area where understanding the diversity of venomous snake genomes could be particularly beneficial is in anti-venom therapeutics, where such knowledge could help scientists create new antibodies and save lives around the world.

Castoe noted that the most significant challenge to treating snakebites globally is the extreme variation in snake venom between snake populations and among species.

“It paves the way for understanding the factors that create and maintain this venom variation, which hopefully leads to a better understanding of how to treat snakebite worldwide,” he said.

Co-authors of the new study include Blair Perry, a postdoctoral researcher in the School of Biological Sciences at Washington State University; Richard Adams, assistant professor of biological and environmental sciences at Georgia College; Zachary Nikolakis and Siddharth Gopalan, doctoral students in Castoe’s lab; and Jesse Meik, assistant professor of biological sciences at Tarleton State University. Perry, Adams, and Meik all received their doctoral degrees from UTA.

Previous work done by Castoe and members of his lab to map the rattlesnake genome proved invaluable in the new study. Over a three-year period, team members collected 68 specimens of the prairie rattlesnake and the Northern Pacific rattlesnake from Colorado, Idaho, Montana and California to test venom composition and analyze whole-genome data.