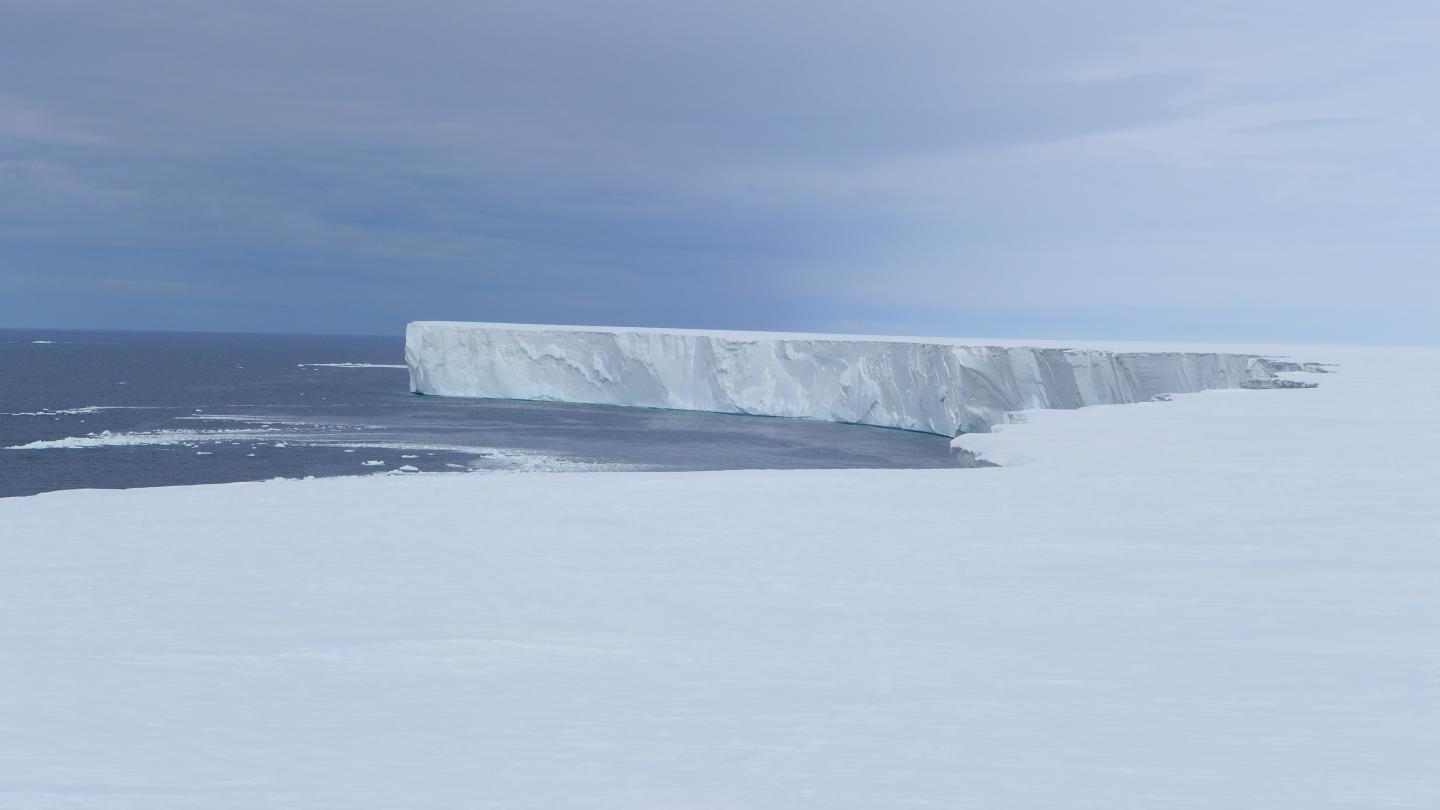 An international team of scientists has found part of the world’s largest ice shelf is melting 10 times faster than the overall ice shelf average, due to solar heating of the surrounding ocean surface.

In a study of Antarctica’s Ross Ice Shelf, which covers an area roughly the size of France, the scientists spent several years building up a record of how the north-west sector of this vast ice shelf interacts with the ocean beneath it. Their results, reported in the journal Nature Geoscience, show that the ice is melting much more rapidly than previously thought due to inflowing warm water.

“The stability of ice shelves is generally thought to be related to their exposure to warm deep ocean water, but we’ve found that solar heated surface water also plays a crucial role in melting ice shelves,” said first author Dr Craig Stewart from the National Institute of Water and Atmospheric Research (NIWA) in New Zealand, who conducted the work while a PhD student at the University of Cambridge.

Although the interactions between ice and ocean occurring hundreds of metres below the surface of ice shelves seem remote, they have a direct impact on long-term sea level. The Ross Ice Shelf stabilises the West Antarctic ice sheet by blocking the ice which flows into it from some of the world’s largest glaciers.

“Previous studies have shown that when ice shelves collapse, the feeding glaciers can speed up by a factor or two or three,” said co-author Dr Poul Christoffersen from Cambridge’s Scott Polar Research Institute. “The difference here is the sheer size of Ross Ice Shelf, which over one hundred times larger than the ice shelves we’ve already seen disappear.”

The team collected four years of data from an oceanographic mooring installed under the Ross Ice Shelf by collaborators at NIWA. Using instruments deployed through a 260 metre-deep borehole, the team measured temperature, salinity, melt rates and ocean currents in the cavity under the ice.

Data from the instruments deployed on the mooring showed that solar heated surface water flows into the cavity under the ice shelf near Ross Island, causing melt rates to nearly triple during the summer months.

The melting is affected by a large area of open ocean in front of the ice shelf that is empty of sea ice due to strong offshore winds. This area, known as the Ross Sea Polynya, absorbs solar heat quickly in summer and this solar heat source is clearly influencing melting in the ice shelf cavity.

The findings suggest that conditions in the ice shelf cavity are more closely coupled with the surface ocean and atmosphere than previously assumed, implying that melt rates near the ice front will respond quickly to changes in the uppermost layer of the ocean.

“Climate change is likely to result in less sea ice, and higher surface ocean temperatures in the Ross Sea, suggesting that melt rates in this region will increase in the future,” said Stewart.

The potential for increasing melt rates in this region has implications for ice shelf stability due to the shape of the ice shelf. Rapid melting identified by the study happens beneath a thin and structurally important part of the ice shelf, where the ice pushes against Ross Island. Pressure from the island, transmitted through this region, slows the flow of the entire ice shelf.

“The observations we made at the front of the ice shelf have direct implications for many large glaciers that flow into the ice shelf, some as far as 900 km away,” said Christoffersen.

While the Ross Ice Shelf is considered to be releatively stable, the new findings show that it may be more vulnerable than thought so far. The point of vulnerability lies in the fact that that solar heated surface water flows into the cavity near a stabilising pinning point, which could be undermined if basal melting intensifies further.

The researchers point out that melting measured by the study does not imply that the ice shelf is currently unstable. The ice shelf has evolved over time and ice lost by melting due to inflow of warm water is roughly balanced by the inputs of ice from feeding glaciers and snow accumulation. This balance is, however, depending on the stability provided by the Ross Island pinning point, which the new study identifies as a point of future vulnerability.

The search for nothing at all

Study examines reliability of early diagnoses of ASD in toddlers

Scienmag Aug 15, 2019
Team is working on techniques to produce useful compounds from wood and other fast growing non-edible plant waste,…