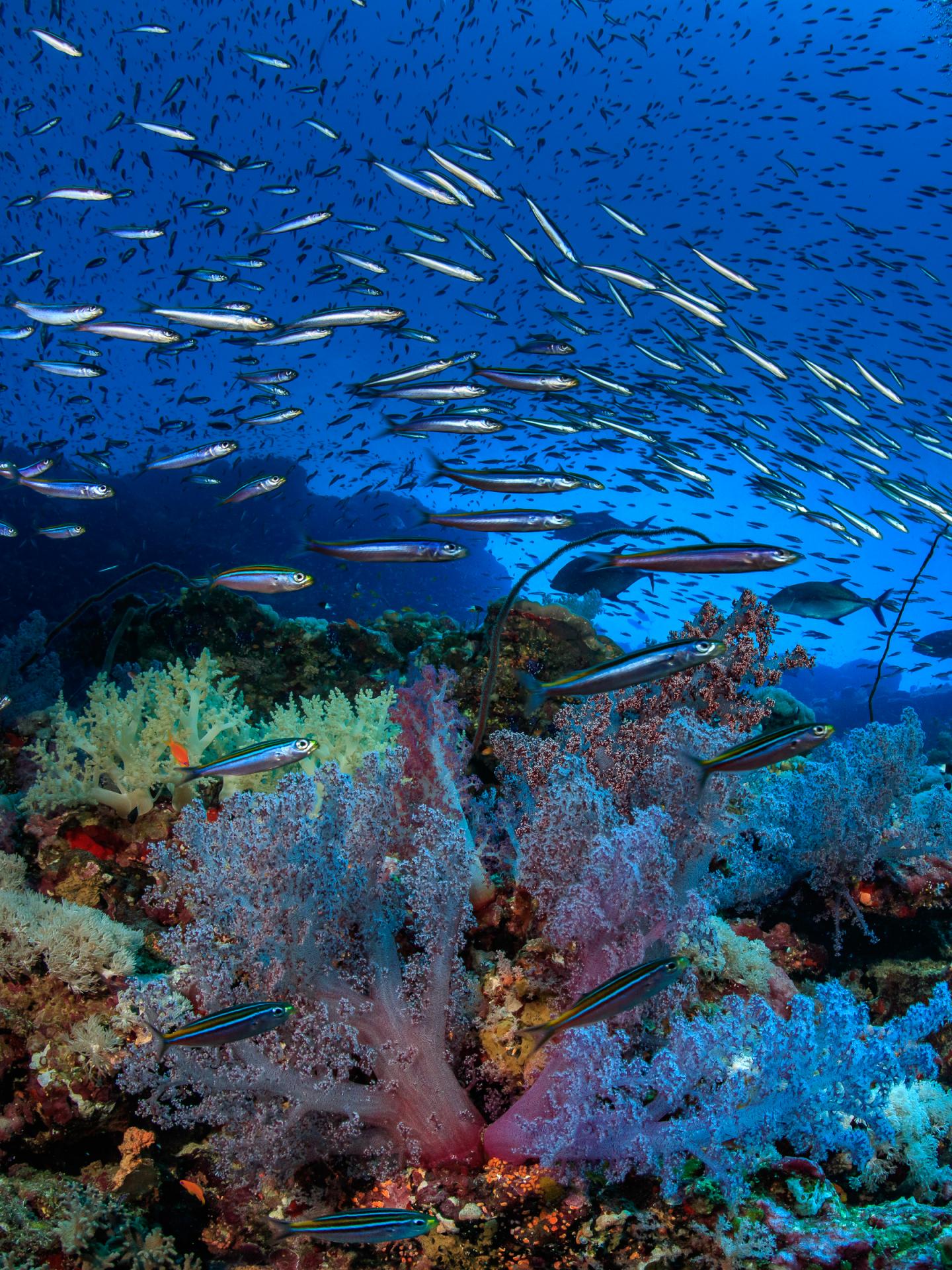 Coral reef experts from around the world are calling for an urgent re-evaluation of our climate goals in the light of increasing evidence of unprecedented speed of change to these fragile ecosystems.
Coral reefs, which have functioned relatively unchanged for some 24 million years, are now going through profound changes in their make-up.

Writing in a special feature of Functional Ecology, some of the world’s leading coral reef experts are asking searching questions about the priorities for reef conservation and reef ecology in the face of these recent and rapid changes, which have far exceeded predictions.

The scientists address issues such as how we should actually define what comprises a functioning coral reef in the Anthropocene, an era where humans are the dominant force of planetary change.

As the world’s climate changes, tropical temperatures shift towards the poles, enabling corals to grow in new places. As corals are lost to warming oceans in some places and growing in previously inhospitable cooler waters, how are environmental scientists to react?

This shifting picture requires fresh responses from the scientific community if we are to preserve coral ecosystems along with the services and benefits they provide from food to tourism, coastal protection and ecosystem support.

Professor Nick Graham of Lancaster University said: “Coral reefs have been with us in some form since the dinosaurs and today they are at the frontline in terms of responses to climate change and a range of other human pressures. Our special feature captures an emerging realisation within the coral reef science community that the rules of how coral reefs function, their species configurations, geographic distributions, and the benefits derived by people, are all changing. The scientific community, managers, and resource users are having to rapidly understand and adapt to this changing ecosystem and learn how to sustain it. This will only be possible if carbon emissions are rapidly reduced”.

Bangor University’s Dr Gareth Williams said: “This special feature on the functional ecology of coral reefs is necessary and timely. Within one generation we are already observing changes which were not foreseen. This pace of change is so fast that it requires us to revisit and question whether our understanding of how these ecosystems function, built up over the many decades of research, is still relevant. The works call for the scientific community to revisit many classic questions and theories surrounding the ecology, management and conservation of coral reefs, asking provocative questions such as: what makes for a functioning coral reef in this new climate scenario and human-dominated world? Answering these questions has important implications for how we study, describe and manage these ecosystems moving forward.”

More mysterious jars of the dead unearthed in Laos

Fitting a right hand in a left-handed mitten

Scienmag Apr 25, 2019
Credit: Valentina Arkhipova, University of Groningen Many biomolecules come in two versions that are each other's…