Rapamycin retards epigenetic ageing of keratinocytes independently of its effects on replicative senescence, proliferation and differentiation 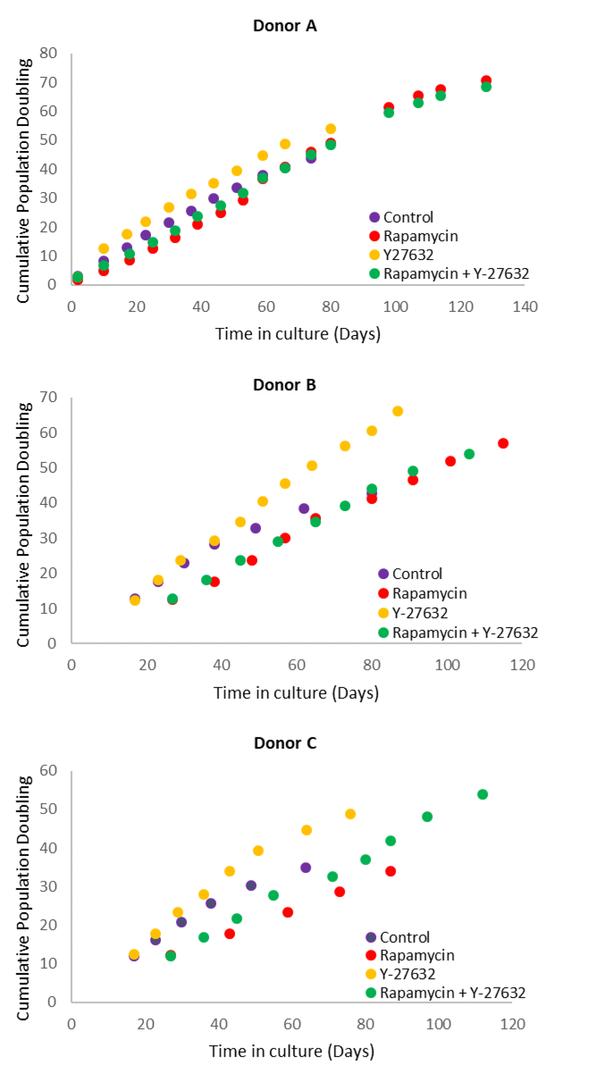 Credit: Copyright: Horvath et al. This is an open-access article distributed under the terms of the Creative Commons Attribution License (CC BY 3.0), which permits unrestricted use, distribution, and reproduction in…

Cessation, or even retardation of the ageing process is an appealing notion that has captured the imagination of humans for millennia. Even if it were possible to rejuvenate our bodies or retard the ageing process, how do we measure this?

Age, as we know it, is clearly an inappropriate measurement because it is based purely on the passing of time, irrespective of biological changes in our body. A promising solution to this challenge is now in sight. In 2013, Steve Horvath (UCLA) described the remarkable mathematical precision by which chemical modifications on DNA called methylation, changes with age. With these methylation profiles, he derived a highly accurate age-predicting algorithm, which is essentially a time-independent yard-stick to measure age based on biology.

Teaming up with Ken Raj of Public Health England (UK) in 2018, Horvath generated an improved algorithm called the Skin and blood clock that is applicable to cultured cells as well as those in the body. By using this epigenetic clock, Raj and Horvath now demonstrate that Rapamycin’s retardation of ageing, which has been documented in numerous animal species, also extends to human cells.

While admittedly this is on human cells rather than the body, this finding is nevertheless consistent with the independent observation that a variant of the MLST8 gene, which encodes part of the target of Rapamycin, is linked with increased rate of epigenetic ageing in humans. The harmonious convergence between observations from the bench using cultured cells and genome-wide association studies with human tissues, highlight the fidelity of this system, which has been derived and validated in humans, to test the effects of compounds on human ageing. Equally significant is the fact that Rapamycin has been well-documented to prevent arrested cells from becoming senescent – a process known as gero-conversion, which Raj and Horvath have previously demonstrated to be distinct from epigenetic ageing.

The Raj research team concluded, ” that the life-extending property of rapamycin may be a resultant of its multiple actions which include, but not necessarily limited to suppression of cellular senescence and epigenetic aging, with the possibility of augmentation of cellular proliferative potential.”

Hence it would appear that Rapamycin possesses the remarkable ability to inhibit not one, but two-independent pathways of ageing. While a two-for-one offer is common in retail, it is exceptionally rare in biology. Just as in retail, offers can come with a catch, and here it is important to note that this effect of rapamycin has yet to be widely tested on other cells types. This caveat notwithstanding, this exciting finding and the available tools and methods described by Raj and Horvath will no doubt encourage the search for even better compounds that may help in promoting healthy human ageing.

Launched in 2009, Aging publishes papers of general interest and biological significance in all fields of aging research as well as topics beyond traditional gerontology, including, but not limited to, cellular and molecular biology, human age-related diseases, pathology in model organisms, cancer, signal transduction pathways (e.g., p53, sirtuins, and PI-3K/AKT/mTOR among others), and approaches to modulating these signaling pathways.

Aging is published by Impact Journals.

What if you could spot skin cancer before it got too serious?

Hoard of the rings: Unusual rings are a novel type of Bronze Age cereal-based product

Astronomers determine mass of small black hole at center of nearby…

Blood clotting proteins in urine discovered as biomarkers of lupus…