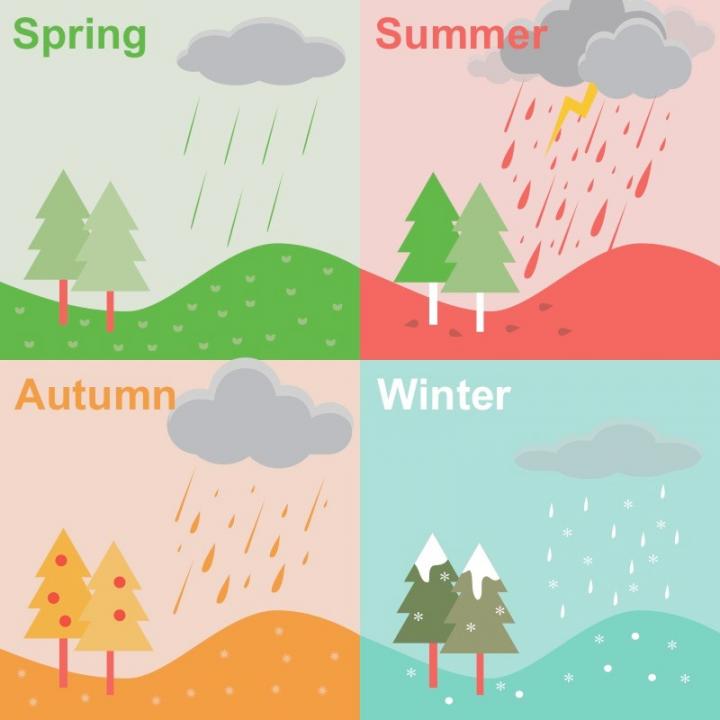 Precipitation and raindrop size distribution (DSD) characteristics in East China vary across seasons and rain types, according to Prof. Kun Zhao, Distinguished Scientist at the Key Laboratory of Mesoscale Severe Weather of the Ministry of Education and School of Atmospheric Sciences, Nanjing University, and one of the authors of a recently published study.

“As variability in DSDs usually reflects the changes in microphysical processes of rain, knowledge of DSD variability is crucial in understanding precipitation microphysics and many application fields concerning microwave communication, radar and satellite remote sensing, soil erosion, and parameterization of numerical weather prediction models,” says the corresponding author of the study, Prof. Zhao. “To the best of our knowledge, the seasonal variations of DSDs have received limited investigation and remain unknown in China due to the lack of long-term DSD measurements by high-precision disdrometers.”

By using data from the observations of a two-dimensional video disdrometer (2DVD) and a vertically pointing micro rain radar (MRR), Prof. Zhao and his team–a group of researchers from the Joint Center for Atmospheric Radar Research of the China Meteorological Administration and Nanjing University, Xichang Satellite Launch Center, and the School of Meteorology and Center for Analysis and Prediction of Storms at the University of Oklahoma–have had their findings about seasonal variations of rainfall microphysics in East China published in Advances of Atmospheric Sciences.

In order to investigate the seasonal variations of DSDs in this specific region, the team has been conducting a field campaign named “Observation, Prediction and Analysis of Severe Convection of China” (OPACC) in the Yangtze-Huaihe River Basin since May 2014. As of June 2016, two years of continuous 2DVD and MRR data had been obtained, which could then be used to reveal the DSD characteristics across different rain types and seasons.

Summer rainfall is dominated by convective rain (77.5%), while during the other seasons the contribution of stratiform rain to rainfall amount is equal to or even larger than that of convective rain. A relatively larger raindrop diameter and highest concentration of raindrops during summer result in the highest mean rain rate among the four seasons, followed by spring and autumn, and winter rainfall is characterized by the lowest raindrop concentration, thus having the lowest mean rain rate. Overall, convective rain exhibits a maritime nature, with high concentrations of small drops throughout the year. Localized rainfall estimators were derived for further application purposes, among which the rainfall kinetic-energy-mass-weighted-diameter relationship was proposed for the first time.

“These newly derived relations certainly have the potential to improve the accuracy of rainfall kinetic energy estimation, DSD retrieval, and quantitative precipitation estimation in this specific region,” Prof. Zhao believes. “To better improve the microphysics parameterization in numerical weather precipitation models for more accurate quantitative precipitation forecasting, the physical or microphysical processes resulting in the differences of seasonal precipitation microphysics are worthy of further study. Advanced GPM and/or polarimetric radar observations would be helpful, and we plan to conduct further research along these lines in the future.”

New climate model for the IPCC

Spherical exosomes may deliver what an injured kidney needs

The best of both worlds: how to solve real problems on modern quantum…