A new multi-disciplinary study including researchers at the University of Calgary shows that people who act quickly to test for and mitigate radon gas in their homes are at a much lower risk of developing lung cancer long-term. 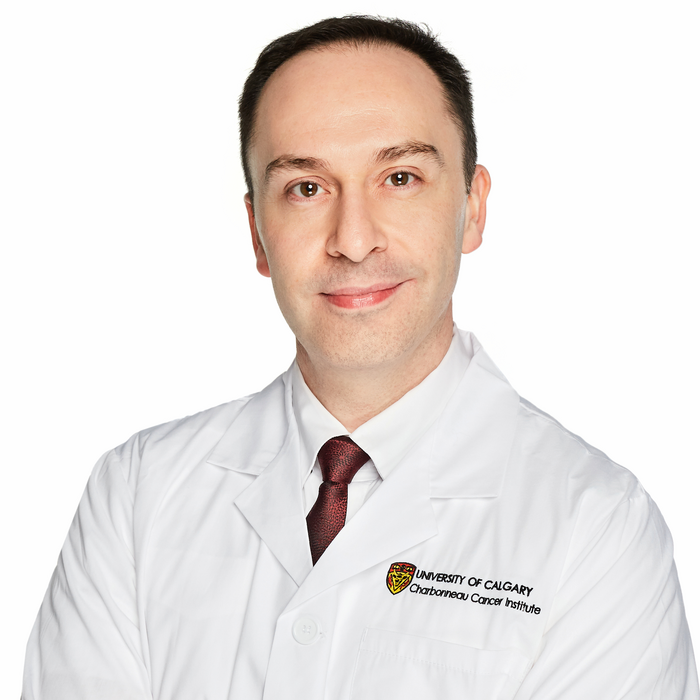 A new multi-disciplinary study including researchers at the University of Calgary shows that people who act quickly to test for and mitigate radon gas in their homes are at a much lower risk of developing lung cancer long-term.

The study found swift action is key in avoiding preventable illness. In new work conducted by a collaborative team of Canadian psychologists, biologists and cancer experts, researchers found that our behaviour matters far more to lifetime exposure to cancer-causing radiation than previously believed. While some of these behavioural and lifestyle factors can be easily altered, others represent major challenges.

The study, published in the journal Scientific Reports at Nature.com, found that people who act quickly to learn about, test for, and reduce exposure to radioactive radon gas in their homes could reduce their lifetime risk of lung cancer by as much as 40 per cent, compared to those who do not. In extreme cases, behavioural differences meant a difference of decades of exposure to radiation levels exceeding those normally only seen after a nuclear accident. Researchers found that some Canadians are absorbing more than 100 millisieverts — the unit used to measure radiation doses — of radiation to their lungs per year just from the air of their own homes.

“To put this into perspective, these are radiation doses known to have caused cancer after the Chernobyl accident. This could explain why, even though Canadian tobacco use is amongst the lowest in the world, our rates of lung cancer diagnosis and death are amongst the highest,” says Dr. Aaron Goodarzi, PhD, lead researcher of Evict Radon, a national multi-year study of the cancer-causing gas in Canadian homes and strategies to mitigate risk.

Radioactive radon gas is the leading cause of lung cancer in non-smokers, representing between one in five to as many as one in three lung cancer cases in Canada. Smokers are in danger too, as radon exposure multiplies lung cancer risks from tobacco. Impacted individuals typically — and often unwittingly — absorb high doses of dangerous ‘alpha particle’ radiation in their lungs from radon gas exposure in their homes over many years prior to lung cancer diagnosis.

This study determined that lifetime exposure to radioactive radon is not simply dictated by the level of radon gas in a home, but is significantly affected by human behaviour and socio-economic factors associated with the detection and response to the presence of radon.

The researchers determined that, for a variety of reasons including economic barriers and delaying behaviours, three in five Canadians continue to live in homes with known high radon, despite being aware of the associated health risks. Half of those exposed to dangerous levels of the cancer-causing gas ignore or delay addressing the problem, while others can’t afford to fix it. It is important to recognize that high radon in a home can be permanently reduced to safe levels, typically requiring two days work.

The research also indicates that speed is key to avoiding health risks from radon exposure, but that it is never too late to act. For example, those who had lived in high radon households for many years were able to ‘stop the clock’ on future risk by mitigating their radon exposure quickly. In time, this action reduced their long-term risk of lung cancer from radon to levels comparable to those who had always lived in a low or safe radon property.

The study also determined that radon mitigation in Canada is a highly effective tool that people can use to reduce their lifetime risk of lung cancer. The researchers found that people living in homes with high levels of radon that were later made safe through mitigation went on to experience the lowest possible rates of radon exposure. They became so far below the Canadian and global average of exposure as to essentially eliminate this as a health risk factor.

“Economic barriers to solving the radon problem in Canada are real and substantial. One in three people in high radon households cannot afford to fix the problem,” says Dr. Cheryl Peters, PhD, a study co-author. “This work also highlights a new health equity issue for Canada as, at present, people who do not smoke but who are exposed to high levels radon would not qualify to be included in the lung cancer screening programs emerging across Canada.”

“Health-seeking behaviours matter,” says Goodarzi. “We owe it to ourselves and our loved ones to learn about radon, to test where we are living and, if radon is found to be high, to do what needs to be done to reduce our exposure as fast as possible.”

The new peer-reviewed study is open source, and available for free download by all Canadians at www.evictradon.org. November is Radon Action Month and Lung Cancer Awareness Month.

The Evict Radon National Study is working towards educating Canadians about the harmful effects of radon gas. By testing your home with one of our research-grade radon test kits and enrolling in our UCalgary-based research study, you are helping Evict Radon-aligned researchers from across Canada to understand radon exposure and develop new ways to protect ourselves and our loved ones.

Cheryl Peters, PhD, is a professor in Community Health Sciences and member of the Charbonneau Cancer Institute at the CSM. She is also a Senior Scientist at BCCDC and BC Cancer.

This collaborative work between the AAG and LEC teams was supported by funds from the Alberta Real Estate Foundation, Health Canada, and the Robson DNA Science Centre Fund at the Charbonneau Cancer Institute. NLC was supported by a Summer Studentship Award from the Cumming School of Medicine, University of Calgary. JLI was supported, in part, by a Hopewell Residential Cancer Research Summer Studentship Award from the Alberta Cancer Foundation. DDP was supported by an NSERC Canada Graduate Scholarship, a Queen Elizabeth II Graduate Scholarship, an Achievers in Medical Science Doctoral Scholarship, and the Rejeanne Taylor Research Prize. AAG is currently the Canada Research Chair for Radiation Exposure Disease and this work was undertaken, in part, thanks to funding from the Canada Research Chairs program. LEC holds the Enbridge Research Chair in Psychosocial Oncology, co-funded by the Canadian Cancer Society Alberta/NWT Division and the Alberta Cancer Foundation.