A Children’s Oncology Group study shows that postoperative radiation improves outcomes for children with ependymoma, even those with historically poor prognoses and the very young 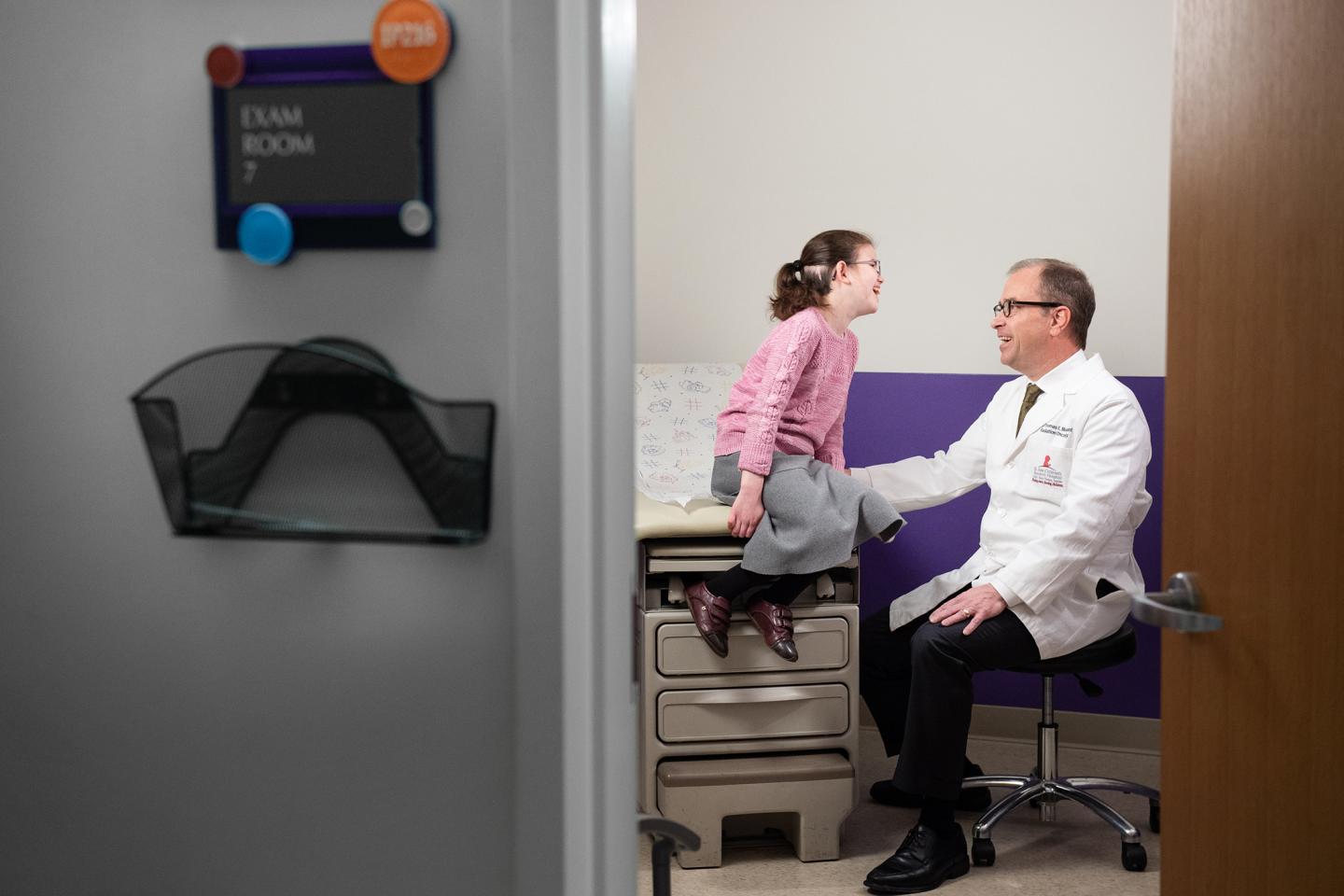 Radiation immediately following surgery in children with ependymoma, the third most common pediatric brain tumor, can nearly triple survival. The results are part of a Children’s Oncology Group (COG) clinical trial led by Thomas E. Merchant, D.O., Ph.D., of St. Jude Children’s Research Hospital. The findings appear as an advance online publication this week in the Journal of Clinical Oncology.

“Historically, children under the age of 3 with ependymoma have a worse prognosis than older children,” said Merchant, principal investigator and corresponding author of the study and chair of the St. Jude Department of Radiation Oncology. “However, results from this clinical trial show that even in young children, survival can be improved when radiation is administered immediately after surgery.”

The study included both infratentorial ependymoma that arises in the lower part of the brain, as well as rarer supratentorial ependymoma, which arises in the upper part of the brain. Participants ranged in age from 1 year to 21 years old and were followed after treatment to evaluate long-term effects of care. Results show that postoperative radiation can help achieve seven-year progression-free survival for more than 75 percent of patients, and overall survival for 85 percent of patients. The findings provide evidence that radiation can improve outcomes for pediatric patients despite age and ependymoma subtype.

“These results are already shifting the standard of care for patients with ependymoma because the clinical trial used standard conformal radiation, which is widely available,” said Maryam Fouladi, M.D., chair of the COG Central Nervous System Committee.

The primary goal of the clinical trial was to evaluate the effectiveness of postoperative radiation for children with ependymoma. However, the researchers also conducted molecular analyses to study the underlying biology of this disease and determine the significance of certain biologic markers regarding patient outcomes.

For rarer, supratentorial patients, a chromosomal abnormality called a RELA fusion was previously linked to high-risk disease. However, this clinical trial showed that when radiation is given immediately after surgery, RELA fusion status is not a significant indicator of outcome.

The researchers also investigated the molecular biology of more common infratentorial ependymoma. For this subtype, patients are classified as posterior fossa group A (PFA) or posterior fossa group B (PFB). These classifications reflect how genes are regulated within the tumor. It was previously held that the PFA subtype, which occurs in very young children, predicted worse outcomes than the PFB subtype. Like the RELA fusion findings, this study suggests that regardless of PFA or PFB classification, patients can do equally well with surgery followed immediately by radiation.

Molecular analyses did reveal that gaining chromosome 1q increases the risk of tumor progression, solidifying the gain of 1q as a poor prognostic biomarker for ependymoma.

“This study is a huge leap forward as it is the first study to incorporate biology into the outcome of children with ependymoma,” said Vijay Ramaswamy, M.D., Ph.D., staff neuro-oncologist at The Hospital for Sick Children and assistant professor at the University of Toronto and senior author of the study. “These are important findings because if you’re going to design new clinical trials using molecular features to stratify patients according to outcome, you have to understand what those biomarkers mean in the context of currently used therapies.”

A history of progress against ependymoma

This clinical trial builds upon a foundation of ependymoma research laid by previous St. Jude studies. Twenty years ago, St. Jude led the first clinical trial to use radiation in children under age 3 with ependymoma. This study overturned the widely held belief that radiation could not be used to treat young children. These results became the foundation on which subsequent studies were developed, leading directly to this newly reported clinical trial testing radiation immediately after surgery.

“These data show that surgery and radiation therapy are the backbone of ependymoma treatment,” Merchant said. “Now we can move on to testing new agents and finding other treatments in addition to radiation therapy to further improve outcomes for these children.”

The study’s other authors include Noah Sabin, Shengjie Wu, Edwina Anderson and David Ellison of St. Jude, as well as researchers from 17 other institutions.

The chemistry behind color-changing birds (video)

How the immune system becomes blind to cancer cells