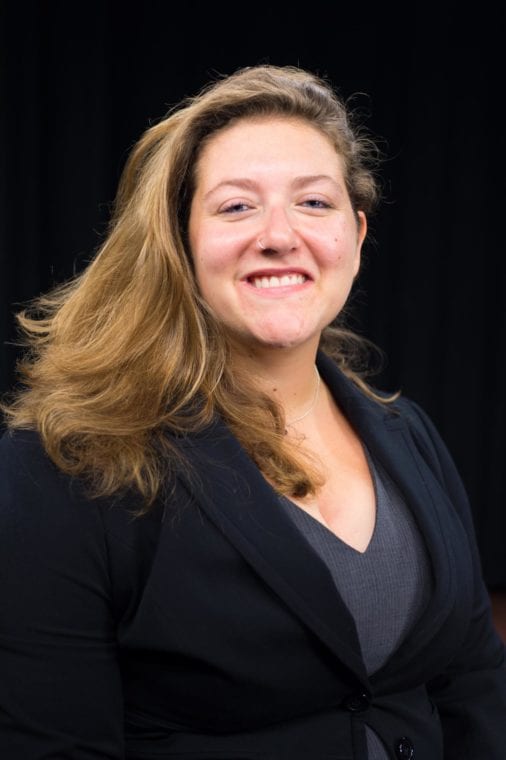 Lesbian, gay, bisexual, and transgender (LGBT) individuals have a long history of discrimination in the United States. Studies show that they continue to be discriminated in employment, housing, and places of public accommodation, among others. Due to lack of comprehensive state and federal laws, it continues to be legal to fire gay, lesbian, and bisexual employees in 28 states, as well as transgender employees in 30 states. Hundreds of anti-LGBT bills have been introduced over the years, and just this month, the U.S. Supreme Court allowed a transgender military ban to go into effect.

All of these factors negatively impact LGBT people’s perceptions of the legitimacy of the law and its agents – law enforcement is no exception.

According to research, homophobic and heterosexist attitudes of police against the LGBT community has resulted in under-policing when they are victimized, but over-policing in places of leisure – damaging trust between the two parties. This research also suggests that the relationship between police officers and LGBT people remains strained across several dimensions.

A new study by Florida Atlantic University and collaborators from Arizona State University and the University of Rhode Island examines the relationship between procedural justice (fairness and perceived respect of the police-citizen encounter) and perceptions of police legitimacy (willingness to recognize police authority) among a historically marginalized population.

“LGBT people often found themselves in trouble with the law for a variety of reasons like criminal laws against sodomy or dressing in ‘drag.’ Police regularly raided LGBT bars and charged patrons with lewdness,” said Lisa M. Dario, Ph.D., lead author and an assistant professor in the School of Criminology and Criminal Justice within FAU’s College for Design and Social Inquiry. “While there is a lot of research on the LGBT community’s relationship with police, there is scant research on how they perceive police legitimacy and what predicts their willingness to obey, cooperate, and recognize police authority.”

For the study, the researchers set out to test two hypotheses: greater perceptions of procedural justice would predict greater levels of police legitimacy; and lesbian women would report lower levels of legitimacy compared to other groups.

Results, published in the Journal of Homosexuality, confirm their first hypothesis that procedural justice and legitimacy are positively related. For their second hypothesis, however, they found mixed support. As they predicted, lesbian, bisexual and transgender females reported significantly lower levels of police legitimacy than heterosexual cisgender women and gay males. They speculate that this may be a result of lesbian, bisexual and trans women experiencing both sexism and homophobia, which, in turn compounds the amount of minority stress that they experience. Conversely, they did not find a significant difference in perceptions of police legitimacy between heterosexual men and lesbian women.

“Studying the views of this often-invisible segment of society is necessary to highlight the areas where law enforcement needs to improve in order to positively affect their legitimacy and, ultimately, citizen compliance,” said Dario. “If officers believe they will be caught and punished for behaviors that violate formal policies, then they will be less likely to engage in such behaviors. Moreover, crime in all its diversity would be more effectively combatted if more LGBT people could have greater trust and confidence in the police.”

The study adds empirical support to the recommendations in the final report of the President’s Task Force on 21st Century Policing (2015) that law enforcement agencies improve understanding of, tolerance toward, and sensitivity to the LGBT community.

Florida Atlantic University, established in 1961, officially opened its doors in 1964 as the fifth public university in Florida. Today, the University, with an annual economic impact of $6.3 billion, serves more than 30,000 undergraduate and graduate students at sites throughout its six-county service region in southeast Florida. FAU’s world-class teaching and research faculty serves students through 10 colleges: the Dorothy F. Schmidt College of Arts and Letters, the College of Business, the College for Design and Social Inquiry, the College of Education, the College of Engineering and Computer Science, the Graduate College, the Harriet L. Wilkes Honors College, the Charles E. Schmidt College of Medicine, the Christine E. Lynn College of Nursing and the Charles E. Schmidt College of Science. FAU is ranked as a High Research Activity institution by the Carnegie Foundation for the Advancement of Teaching. The University is placing special focus on the rapid development of critical areas that form the basis of its strategic plan: Healthy aging, biotech, coastal and marine issues, neuroscience, regenerative medicine, informatics, lifespan and the environment. These areas provide opportunities for faculty and students to build upon FAU’s existing strengths in research and scholarship. For more information, visit http://www.fau.edu.

Sandia launches a bus into space