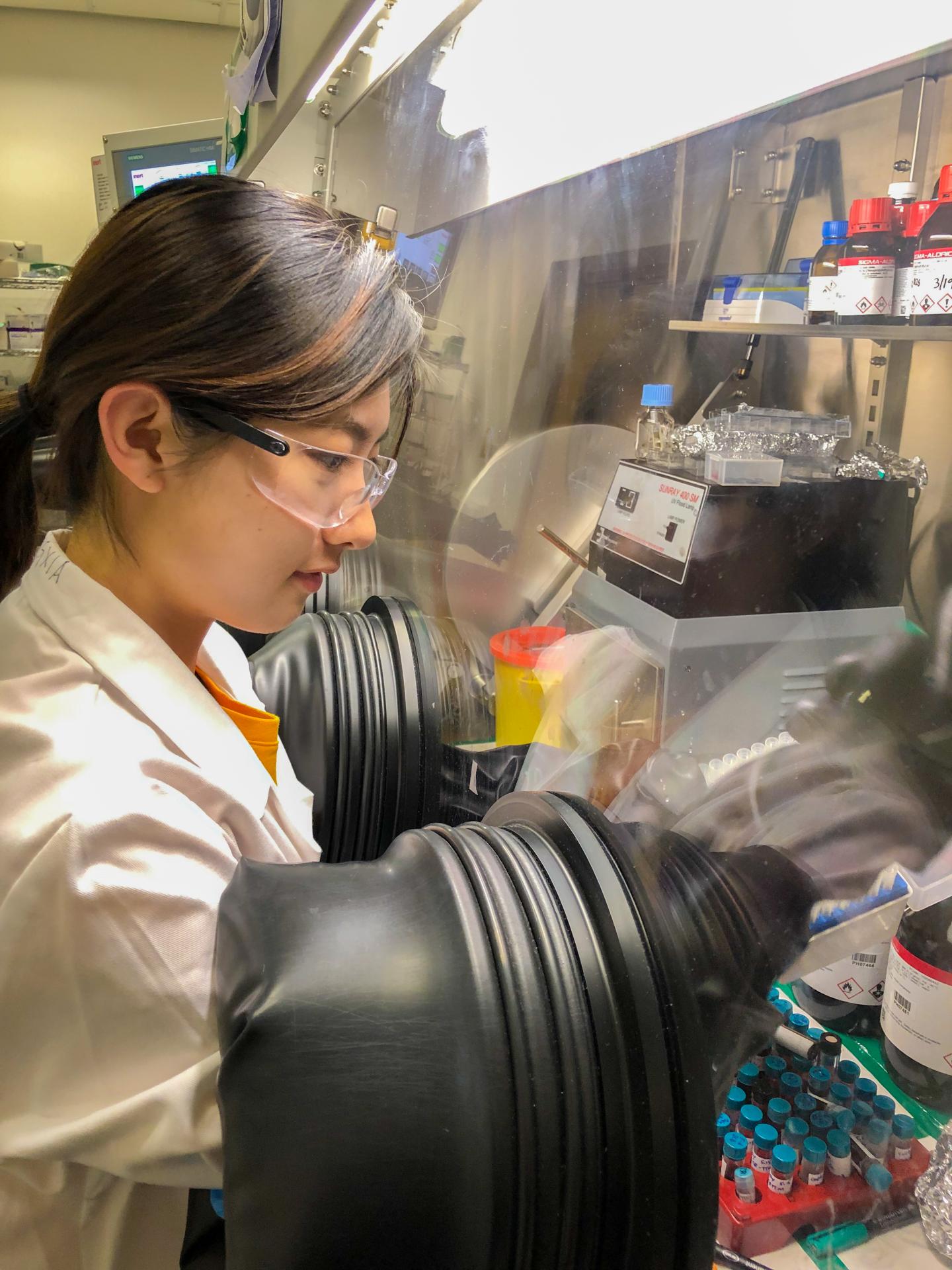 University of Toronto Engineering researchers have combined two emerging technologies for next-generation solar power — and discovered that each one helps stabilize the other. The resulting hybrid material is a major step toward reducing the cost of solar power while multiplying the ways it can be used.

Today virtually all solar cells are made of high-purity silicon. It’s a well-established technology, and in recent years the manufacturing cost has dropped significantly due to economies of scale. Nevertheless, silicon has an upper limit to its efficiency. A team led by Professor Ted Sargent is pursuing complementary materials that can enhance the solar-harvesting potential of silicon by absorbing wavelengths of light that silicon does not.

“Two of the technologies we pursue in our lab are perovskite crystals and quantum dots,” says Sargent. “Both of these are amenable to solution processing. Imagine a ‘solar ink’ that could be printed onto flexible plastic to create low-cost, bendable solar cells. We can also combine them in front of, or behind, silicon solar cells to further enhance their efficiency.”

One of the key challenges facing both perovskites and quantum dots is stability. At room temperature, some types of perovskites experience an adjustment in their 3D crystal structure that renders them transparent — they no longer fully absorb solar radiation.

In a paper published today in Nature, a team of researchers from Sargent’s lab report a way to combine perovskites and quantum dots that stabilizes both.

“Before we did this, people usually tried to address the two challenges separately,” says Mengxia Liu, the paper’s lead author.

“Research has shown the successful growth of hybrid structures that incorporated both perovskites and quantum dots,” says Liu, who is now a postdoctoral fellow at Cambridge University. “This inspired us to consider the possibility that the two materials could stabilize each other if they share the same crystal structure.”

Liu and the team built two types of hybrid materials. One was primarily quantum dots with about 15% perovskites by volume, and is designed to turn light into electricity. The other was primarily perovskites with less than 15% quantum dots by volume, and is better suited to turning electricity into light, for example, as part of a light emitting diode (LED).

The team was able to show that the perovskite-rich material remained stable under ambient conditions (25 C and 30% humidity) for six months, about ten times longer than materials composed of the same perovskite alone. As for the quantum dot material, when heated to 100 C, the aggregation of the nanoparticles was five times lower than if they hadn’t been stabilized with perovskites.

“It proved out our hypothesis remarkably well,” says Liu. “It was an impressive outcome beyond our expectations.”

The new paper provides proof-of-concept for the idea that these kinds of hybrid materials can enhance stability. In the future, Liu hopes that solar cell manufacturers will take her ideas and improve on them even further to create solution-processed solar cells that meet all the same criteria as traditional silicon.

“Industrial researchers could experiment by using different chemical elements to form the perovskites or quantum dots,” says Liu. “What we have shown is that this is a promising strategy for improving stability in these kinds of structures.”

“Perovskites have shown tremendous potential as solar materials; but fundamental solutions are needed to turn them into stable and robust materials that can meet the demanding requirements of the renewable energy sector.” says Jeffrey C. Grossman, the Morton and Claire Goulder and Family Professor in Environmental Systems and a Professor in the Department of Materials Science and Engineering at the Massachusetts Institute of Technology, who was not involved in the study. “The Toronto study shows one exciting new avenue to advancing the understanding, and the achievement, of stable perovskite crystal phases.”

Liu credits the discovery in part to the collaborative environment in the team, which included researchers from many disciplines, including chemistry, physics and her own field of materials science.

“Perovskite and quantum dots have distinct physical structures, and the similarities between these materials have been usually overlooked,” she says. “This discovery shows what can happen when we combine ideas from different fields.”

Scienmag Jul 16, 2019
But researcher has bone to pick with modernization: Chickens are losing diversityCredit: Helina Woldekiros,…