Quantum music to my ears 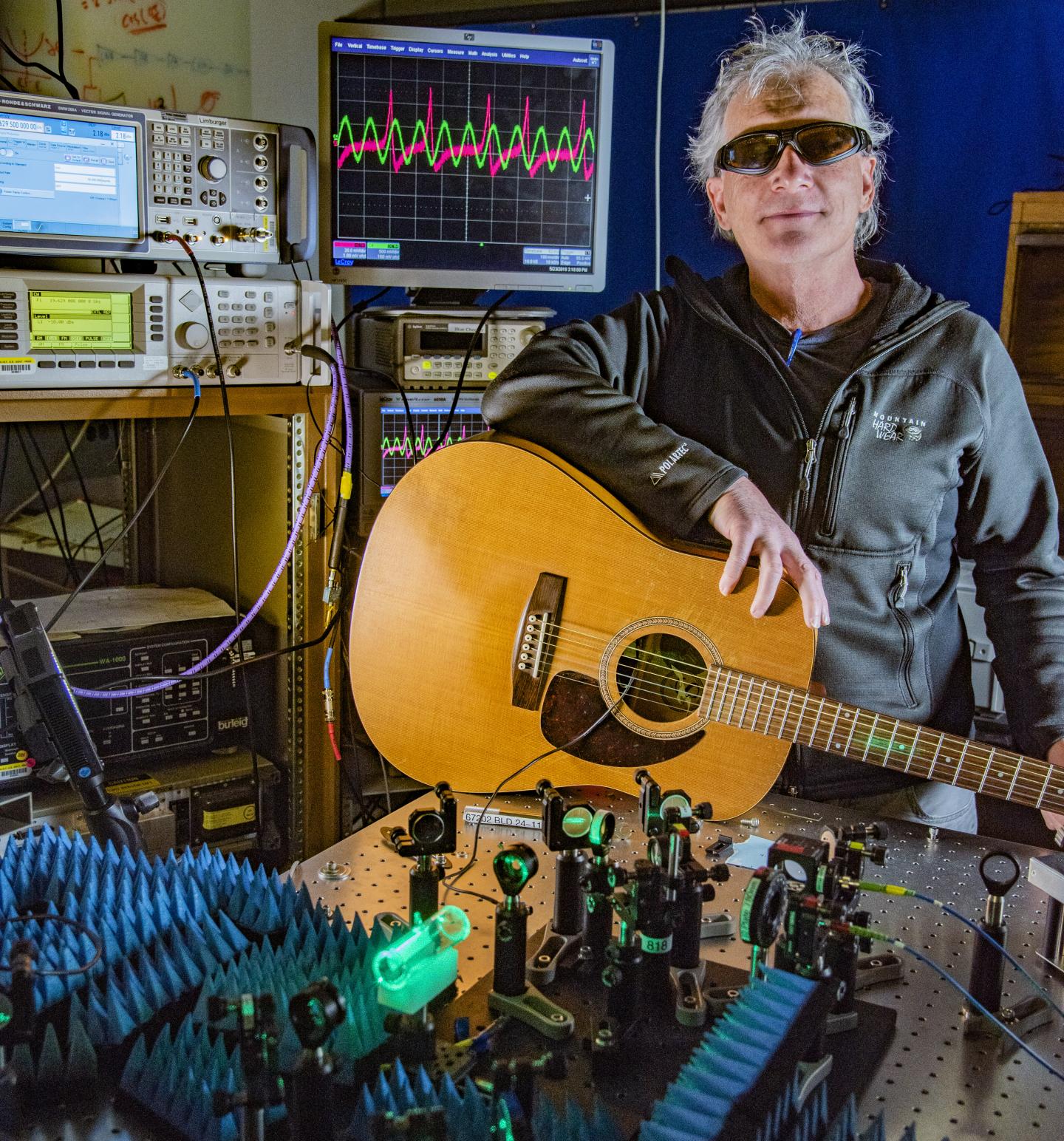 WASHINGTON, D.C., June 18, 2019 — It sounds like an old-school vinyl record, but the distinctive crackle in the music streamed into Chris Holloway’s laboratory is atomic in origin. The group at the National Institute for Standards and Technology, Boulder, Colorado, spent a long six years finding a way to directly measure electric fields using atoms, so who can blame them for then having a little fun with their new technology?

“My vision is to cut a CD in the lab — our studio — at some point and have the first CD recorded with Rydberg atoms,” said Holloway. While he doesn’t expect the atomic-recording’s lower sound quality to replace digital music recordings, the team of research scientists is considering how this “entertaining” example of atomic sensing could be applied in communication devices of the future.

“Atom-based antennas might give us a better way of picking up audio data in the presence of noise, potentially even the very weak signals transmitted in deep space communications,” said Holloway, who describes his atomic receiver in AIP Advances, from AIP Publishing.

The atoms in question — Rydberg atoms — are atoms excited by lasers into a high energy state that responds in a measurable way to radio waves (an electric field). After figuring out how to measure electric field strength using the Rydberg atoms, Holloway said it was a relatively simple step to apply the same atoms to record and play back music — starting with Holloway’s own guitar improvisations in A minor.

They encoded the music onto radio waves in much the same way cellphone conversations are encoded onto radio waves for transmission. The atoms respond to these radio waves, and in turn, the laser beams shined through the Rydberg atoms are affected. These changes are picked up on a photodetector, which feeds an electric signal into the speaker or computer — and voila! The atomic radio was born.

The team used their quantum system to pick up stereo — with one atomic species recording the instrumental and another the vocal at two different sets of laser frequencies. They selected a Queen track — “Under Pressure” — to test if their system could handle Freddie Mercury’s extensive vocal range.

“One of the reasons for cutting stereo was to show that this one receiver can pick up two channels simultaneously, which is difficult with conventional receivers,” said Holloway, who explained that although it is the early days for atomic communications, there is potential to use this to improve the security of communications.

For now, Holloway’s team are staying tuned into atomic radio as they try to determine how weak a signal the Rydberg atoms can detect, and what data transfer speeds can be achieved.

They are not forgetting the atomic record they want to produce, with which they hope to inspire the next generation of quantum scientists.

An important function of non-nucleated sperm

‘Fire streaks’ ever more real in the collisions of atomic…