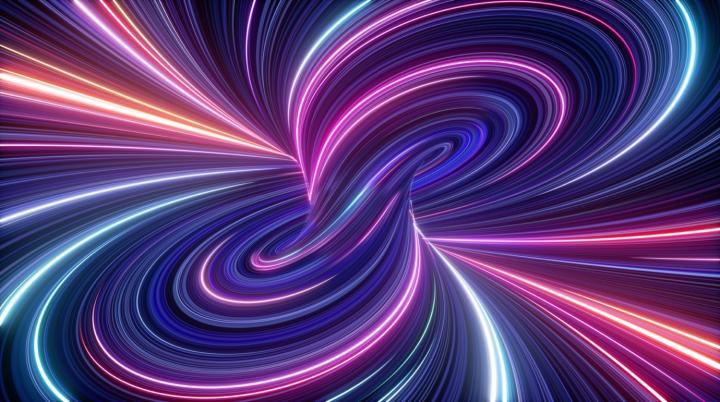 Causal reasoning is ubiquitous – from physics to medicine, economics and social sciences, as well as in everyday life. Whenever we press the button, the bell rings, and we think that the pressing of the button causes the bell to ring. Normally, causal influence is assumed to only go one way – from cause to effect – and never back from the effect to the cause: the ringing of the bell does not cause the pressing of the button that triggered it. Now researchers from the University of Oxford and the Université libre de Bruxelles have developed a theory of causality in quantum theory, according to which cause-effect relations can sometimes form cycles. This theory offers a novel understanding of exotic processes in which events do not have a definite causal order. The study has been published in Nature Communications.

One of the ways in which quantum theory defies classical intuitions is by challenging our ideas of causality. Quantum entanglement can be used to produce correlations between distant experiments that are known to evade satisfactory causal explanations within the framework of classical causal models. Furthermore, a unification of quantum theory and gravity is expected to allow situations in which the causal structure of spacetime is subject to quantum indefiniteness, suggesting that events need not be causally ordered at all. Recently, a team of researchers from Oxford and Brussels has developed a theory of causality in quantum theory, in which causal concepts are defined in intrinsically quantum terms rather than pertaining to an emergent classical level of measurement outcomes. This has offered, in particular, a causal understanding of the correlations produced by entangled states. Now, they have generalized the theory to allow causal influence to go in cycles, providing a causal understanding of processes with events in indefinite causal order.

“The key idea behind our proposal is that causal relations in quantum theory correspond to influence through so-called unitary transformations – these are the types of transformations that describe the evolutions of isolated quantum systems. This is closely analogous to an approach to classical causal models that assumes underlying determinism and situates causal relations in functional dependences between variables,” says Jonathan Barrett from the University of Oxford.

The main idea of the new study is to apply the same principle to processes in which the order of operations can be dynamical or even indefinite, seeing as a large class of these processes can be understood as arising from unitary transformations, too, just not ones that unfold in an ordinary sequence.

“Previously, processes with indefinite causal order were typically regarded as simply incompatible with any causal account. Our work shows that a major class of them – those that can be understood as arising from unitary processes and which are believed to be the ones that could have a physical realisation in nature – could in fact be seen as having a definite causal structure, albeit one involving cycles,” says Robin Lorenz, a corresponding author of the study.

“The idea of cyclic causal structures may seem counterintuitive, but the quantum process framework within which it is formulated guarantees that it is free of logical paradoxes, such as the possibility of going back in time and killing your younger self,” explains Ognyan Oreshkov from the Université libre de Bruxelles. “Exotic as they appear, some of these scenarios are actually known to have experimental realisations in which the variables of interest are delocalized in time.”

Does this mean that spacetime does not have the acyclic causal structure it is normally assumed to have? Not exactly, since in the mentioned experiments the events that are causally related in a cyclic fashion are not local in spacetime. However, the researchers believe that the causal structure of spacetime itself could become cyclic in this quantum way at the intersection of quantum theory and general relativity, where analogous processes to those realizable in the lab are expected, but with the events being local in their respective spacetime reference frames.