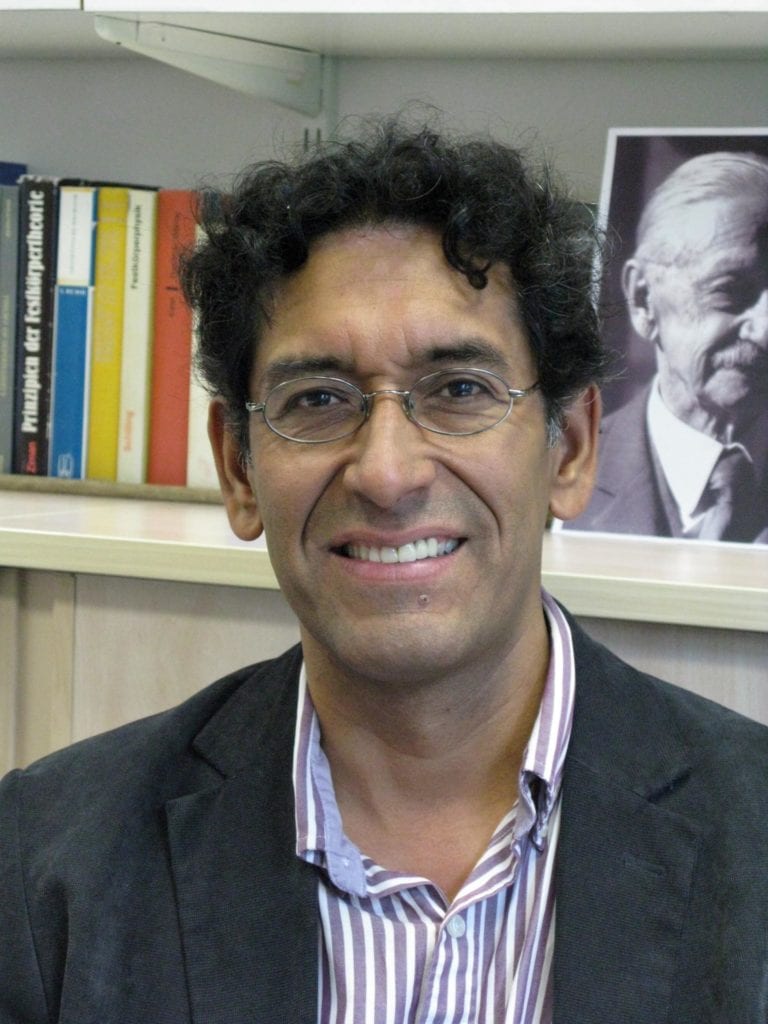 A scenario of artificial intelligence could see the emergence of circumstances in which models of simple organisms could be capable of experiencing the various phases of life in a controlled virtual environment. This is what has been designed by the QUTIS research group at the UPV/EHU’s Department of Physical Chemistry, but the scenario is that of quantum computers: an artificial life protocol that encodes quantum behaviours belonging to living systems, such as self-replication, mutation, interaction between individuals, birth and death, and has been executed on an IBM ibmqx4 cloud quantum computer. This is the first experimental realization on a quantum computer of a quantum algorithm of artificial life following Darwin’s laws of evolution.

The algorithm follows a protocol that the researchers refer to as biomimetic and which encodes quantum behaviours adapted to the same behaviours of living systems. Quantum biomimetics involves reproducing in quantum systems certain properties exclusive to living beings, and this research group had previously managed to imitate life, natural selection, learning and memory by means of quantum systems. This research aimed, as the authors themselves describe, “to design a set of quantum algorithms based on the imitation of biological processes, which take place in complex organisms, and transfer them to a quantum scale, so we were only trying to imitate the key aspects in these processes”.

In the scenario of artificial life that they designed, a set of models of simple organisms are capable of accomplishing the most common phases of life in a controlled virtual environment, and have proven that microscopic quantum systems are able to encode quantum characteristics and biological behaviours that are normally associated with living systems and natural selection.

The models of organism designed were coined as units of quantum life, each one of which is made up of two qubits that act as genotype and phenotype, respectively, and where the genotype contains the information that describes the type of living unit, and this information is transmitted from generation to generation. By contrast, the phenotype, the characteristics displayed by individuals, are determined by genetic information as well as by the interaction of the individuals themselves with the environment.

To be able to regard the systems as organisms of artificial life, the basic characteristics of Darwinian evolution that were simulated by these systems were birth and its evolution, self-replication, interaction between individuals and the environment, which gradually degrades the phenotype of the individual as it ages and ends in a state representing death. The protocol also considers interaction between individuals as well as mutations, which are implemented in random rotations of individual qubits.

This experimental test represents the consolidation of the theoretical framework of quantum artificial life in an evolutionary sense, but as the model is scaled up to more complex systems, it will be possible “to implement more accurate quantum emulations with growing complexity towards quantum supremacy”, as the authors pointed out.

In the same way, they expect these units of artificial life and their possible applications to have profound implications for the community of quantum simulation and quantum computing in a range of quantum platforms, be they trapped ions, photonic systems, neutral atoms or superconductor circuits. According to Enrique Solano, director of the QUTIS group and leader of this project, “the bases have been established for addressing different levels of classical and quantum complexity. For example, one could consider the growth of populations of quantum individuals with gender criteria, their life aims both as individuals and as groups, automated behaviours without external controls, quantum robotics processes, intelligent quantum systems, until the threshold of quantum supremacy that could only be reached by a quantum computer can be overcome. What would emerge after that would be terribly risky questions, such as guessing the microscopic origin of life itself, the intelligent development of individuals and societies, or addressing the origin of awareness and animal and human creativity. This is only the start; we are at the beginning of the 21st century and we will have many fantasy dreams and questions that we will be able to respond to”.

Vaping no boost to quit rates in smokers, study suggests

Successful application of machine learning in the discovery of new…