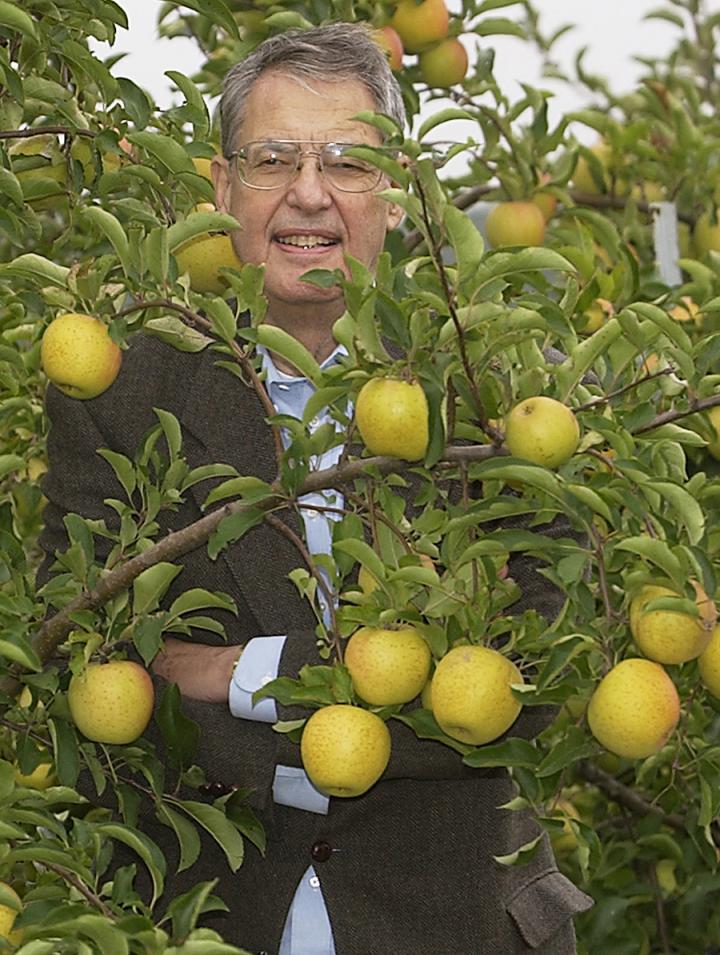 WEST LAFAYETTE, Ind. – Jules Janick, a distinguished horticulture professor in Purdue University’s College of Agriculture, has been elected a fellow of the National Academy of Inventors.

Fellows of the NAI are inventors on U.S. patents who have been nominated by their peers for outstanding contributions in patents and licensing, noteworthy discovery, significant effect on society, and support and enhancement of innovation.

Janick has received worldwide attention for his work on patented apple technologies as part of a breeding program called PRI, which is a collaboration between Purdue, Rutgers University and the University of Illinois. PRI was started in 1945 to develop apples that were resistant to a serious disease called apple scab. Because the apples are scab resistant, the need for pesticide use is greatly reduced.

“It is an incredible honor to be elected a fellow and serve among such a great group of inventors,” Janick said. “I hope my contributions have made an impact on my students and people around the world.”

Janick’s career at Purdue has spanned nearly seven decades, from 1951 when he began as a graduate student, to today as the James Troop Distinguished Professor and director of the Center for New Crops and Plant Products.

Among the better-known varieties are Juliet, currently the major organically grown apple in France; GoldRush, a long-storage yellow apple; Pixie Crunch, a medium-sized red apple; CrimsonCrisp, a midseason red apple; Enterprise, a late red apple; and WineCrisp, a crunchy, dark red apple. The cooperative continues to bring in royalties to the universities.

“Jules Janick is a wonderful example of our Purdue innovators who take their knowledge and turn it into products and technologies that make a difference in communities across the globe,” said Brooke Beier, vice president of the Office of Technology Commercialization. “It has been a true privilege for us in OTC to work with Jules over the years to bring his apple varities to the world.”

Each year, volunteers from the Purdue Research Foundation’s Office of Technology Commercialization pick hundreds of pounds of apples from the College of Agriculture’s orchard and donate them to a charity in the Greater Lafayette area. The OTC operates one of the most comprehensive technology transfer programs among leading research universities in the U.S. For more information on licensing a Purdue innovation, contact the Purdue Office of Technology Commercialization at [email protected]

Bacteria on tumors influences immune response and survival of patients with…