Providing a potential treatment option to infants where there is none

A little over 1% of babies born in the U.S. in 2020 fell under the category of very low birthweight, meaning they weighed less than 1,500 grams at birth or 3 pounds, 4 ounces. And considering that the Centers for Disease Control and Prevention says more than 3.5 million babies were born that year, almost 48,500 were considered to be at very low birthweight. 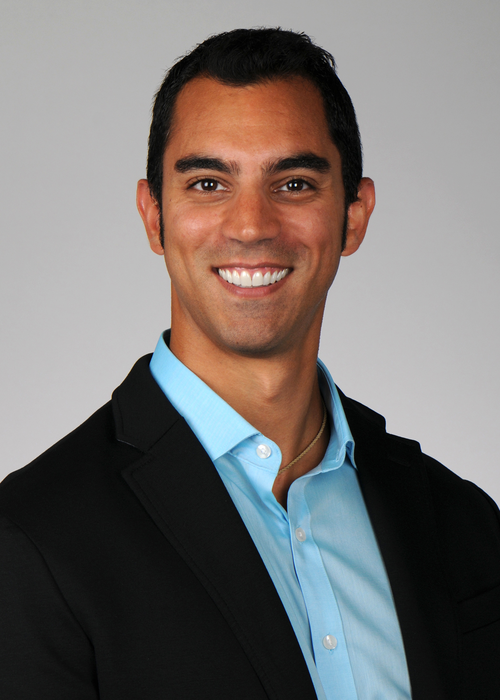 A little over 1% of babies born in the U.S. in 2020 fell under the category of very low birthweight, meaning they weighed less than 1,500 grams at birth or 3 pounds, 4 ounces. And considering that the Centers for Disease Control and Prevention says more than 3.5 million babies were born that year, almost 48,500 were considered to be at very low birthweight.

Many of these babies are born premature, at 30 weeks or less, and they have a high chance of having a hemorrhage in their brains shortly after birth, known as a germinal matrix hemorrhage (GMH). Bleeding like this within the substance of the brain is a form of stroke that can lead to a buildup of fluid in the brain known as hydrocephalus – both of which put babies at an increased risk of neurodevelopmental disability, and many don’t survive.

There is currently no medical treatment for GMH, and since these blood vessels are even more delicate when a baby is born prematurely, there is no way to predict or prevent bleeding in the brain after birth.

When Ramin Eskandari, M.D., a pediatric neurosurgeon at MUSC Health, read about the work that Stephen Tomlinson, Ph.D., vice chair of the Department of Microbiology and Immunology at MUSC, was conducting related to a specific part of the immune system known as the complement system, he thought it might have applications to infants as well.

“We were just having to wait for bad things to happen,” Eskandari said. “And then we had to react to them. We have no treatment for the actual hemorrhage or for preventing the stroke or hydrocephalus that comes after. Tomlinson was looking at adult pathologies in the brain, and we thought it would be a great opportunity to apply his methods to an animal model for premature infants.”

As joint principal investigators for their recent paper in the International Journal of Molecular Sciences, Tomlinson and Eskandari created a mouse model to represent premature infants of very low birthweight and to find treatment options for GMH. Mohammed Alshareef, M.D., a senior neurosurgery resident at MUSC and member of the collaborative lab, discovered that by   that by inhibiting the complement system at a specific site within the brain immediately after a hemorrhage, they could prevent many of the permanent and temporary deficits that accompany hydrocephalus and stroke.

By treating GMH mouse models with the complement inhibitor known as CR2Crry, Tomlinson and Eskandari found improved survival and weight gain, reduced brain injury and incidence of hydrocephalus, and improved motor and cognitive performances in adolescence.

As part of the immune system, the complement system helps antibodies and phagocytic cells activate inflammation and remove microbes and damaged cells from the body, labeling and attacking them. But inflammation activation also leads to the detrimental effects of GMH, and while there is still no way to prevent the initial hemorrhage, Tomlinson and Eskandari are excited about the potential opportunity to prevent the events that occur after the brain bleed.

Cases of GMH are on the rise, and according to Eskandari, this rise is actually due to better care and clinical advancements. With improved prenatal care and better treatment options for premature infants, more babies are surviving being born early. But with more survival, comes higher chances of GMH.

“We’re seeing younger and younger babies viable,” Eskandari said. “I remember when a 23-week-old baby wasn’t viable, and even in the last eight years since my residency, we’re now seeing babies at 20 weeks not only be viable but live full lives and attend school.” It’s these medical advancements that show Eskandari just how important the findings of this study are. And treatment of GMH has the potential to alter an infant’s life course.

Success in inhibiting the complement system has led to a recent boom in research, with over 100 clinical trials currently ongoing, according to Tomlinson. But CR2Crry inhibitor has its own niche. By targeting the therapeutic specifically to the point where the pathology begins, physicians don’t need to knock out the complement system in the entire body, which can lead to increased risk of infections and other immune disorders. They can use less of the inhibitor and target it to a local site, which is safer for patients.

“It’s because this is targeted,” Tomlinson said. “We can actually inject fairly small concentrations directly into the bloodstream to target the injured brain.”

In addition to using the CR2Crry inhibitor to develop a novel therapeutic for premature babies, Eskandari and Tomlinson think it has promise for treating other forms of brain injuries too. “These babies are a really good overall model of how all brain injury could potentially be helped,” Eskandari said. “Having a hemorrhage that leads to stroke and hydrocephalus checks a lot of boxes that we see in many patients.”

Tomlinson’s future research plans include looking at the complement system at different points following an injury in an effort to understand more fully the point at which it becomes part of an injury’s pathology rather than part of its healing process.

Eskandari hopes to host human clinical trials with the human equivalent of the CR2Crry inhibitor at MUSC next. He wants to help his premature patients to live the fullest lives possible. “We want to allow these babies to reach their full potential,” he said.

Founded in 1824 in Charleston, MUSC is home to the oldest medical school in the South as well as the state’s only integrated academic health sciences center, with a unique charge to serve the state through education, research and patient care. Each year, MUSC educates and trains more than 3,000 students and nearly 800 residents in six colleges: Dental Medicine, Graduate Studies, Health Professions, Medicine, Nursing and Pharmacy. MUSC brought in more than $271 million in biomedical research funds in fiscal year 2020, continuing to lead the state in obtaining National Institutes of Health funding, with more than $129.9 million. For information on academic programs, visit musc.edu.