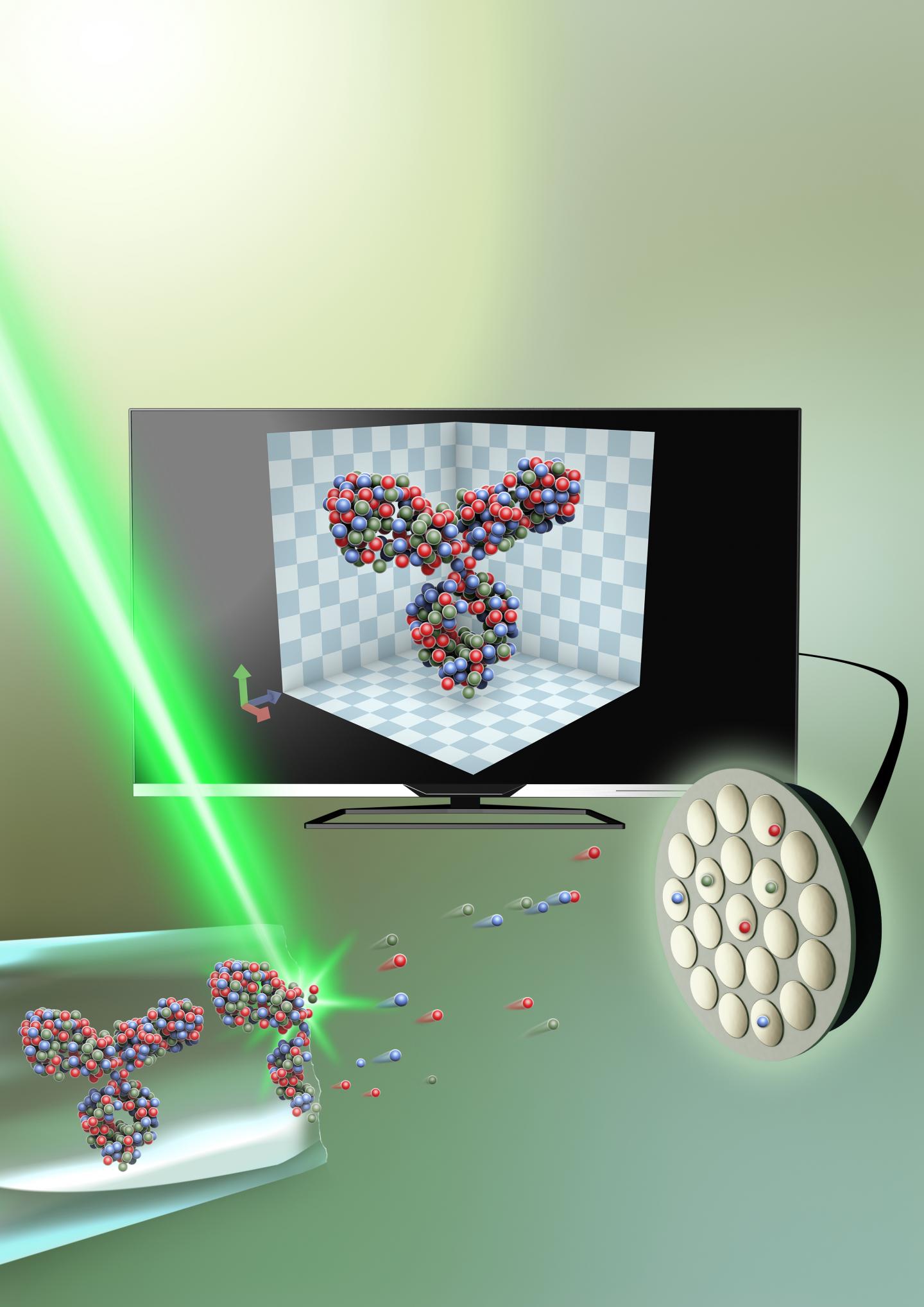 Researchers at Chalmers University of Technology, Sweden, have developed a unique method for studying proteins which could open new doors for medicinal research. Through capturing proteins in a nano-capsule made of glass, the researchers have been able to create a unique model of proteins in natural environments. The results are published in the scientific journal, Small.

Proteins are target-seeking and carry out many different tasks necessary to cells’ survival and functions. This makes them interesting for development of new medicines – particularly those proteins which sit in the cellular membrane, and govern which molecules are allowed to enter the cell and which are not. This means that understanding how such proteins work is an important challenge in order to develop more advanced medicines. But this is no easy feat – such proteins are highly complex. Today several different methods are used for imaging proteins, but no method offers a full solution to the challenge of studying individual membrane proteins in their natural environment.

A research group at Chalmers University of Technology, under the leadership of Martin Andersson at the Department of Chemistry and Chemical Engineering, has now successfully used Atom Probe Tomography to image and study proteins. Atom Probe Tomography has existed for a while, but has not previously been used in this way – but instead for investigating metals and other hard materials.

“It was in connection with a study of contact surfaces between the skeleton and implants when we discovered we could distinguish organic materials in the bone with this technique. That gave us the idea to develop the method further for proteins,” says Martin Andersson.

The challenge lay in developing a method of keeping the proteins intact in their natural environment. The researchers successfully achieved this by encapsulating the protein in an extremely thin piece of glass, only around 50 nanometres in diameter (a nanometre is 1/millionth of a millimetre.) They then sliced off the outermost layer of the glass using an electrical field, freeing the protein atom by atom. The protein could then be recreated in 3D on a computer.

The results of the study have been verified through comparison with existing three-dimensional models of known proteins. In the future, the researchers will refine the method to improve the speed and accuracy.

The method is ground breaking in several ways. As well as modelling the three-dimensional structure, it simultaneously reveals the proteins’ chemical composition.

“Our method offers a lot of good solutions and can be a strong complement to existing methods. It will be possible to study how proteins are built at an atomic level,” says Martin Andersson.

With this method, potentially all proteins can be studied, something that is currently not possible. Today, only around one percent of membrane proteins have been successfully structurally analysed.

“With this method, we can study individual proteins, as opposed to current methods which study a large number of proteins and then create an average value,” says Gustav Sundell, a researcher in Martin Andersson’s research group.

With Atom Probe Tomography, information on an atom’s mass can also be derived.

“Because we collect information on atoms’ masses in our method, it means we can measure the weight. We can then, for example, create tests where medicinal molecules are combined with different isotopes – giving them different masses – which makes them distinguishable in a study. It should contribute to speeding up processes for constructing and testing new medicines,” says Mats Hulander, a researcher in Martin Andersson’s group.

Read the article, “Atom Probe Tomography for 3D Structural and Chemical Analysis of Individual Proteins” published in the journal Small.

Proteins consist of long chains of amino acids which fold in different ways to activate different functions. To understand a protein’s function, these 3D structures are investigated, but if you remove a protein from its membrane environment, it alters its shape. Therefore, it is useful to be able to image and analyse membrane proteins in their normal environment

Study contributes to the production of flexible electronic devices

Scienmag Jul 10, 2019
Research conducted by Brazilian and Italian scientists ordered the structure of polythiophene to enhance the…