Paper endorsed by 407 scientists in Brazil estimates the value of ecosystem services linked to nature conservation, such as pollination, pest control and water security. 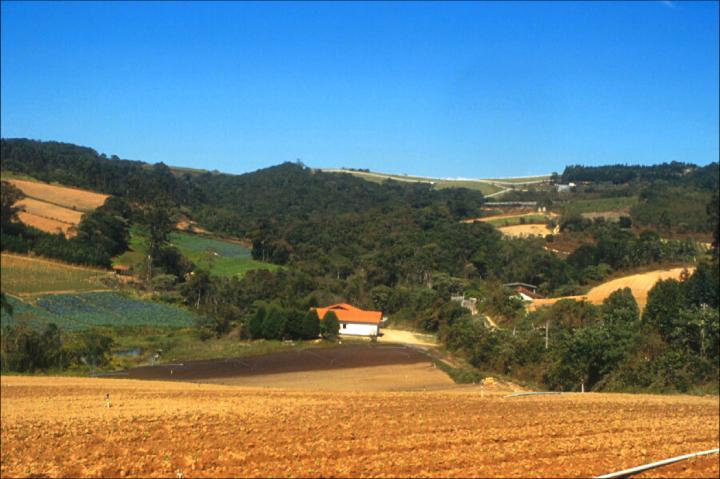 The calculation is part of a paper published in the journal Perspectives in Ecology and Conservation and endorsed by 407 scientist signatories, including 371 researchers affiliated with 79 Brazilian institutions.

“The paper is meant to show that preserving native vegetation isn’t an obstacle to social and economic development but part of the solution. It’s one of the drivers of sustainable development in Brazil and diverges from what was done in Europe 500 years ago, when the level of environmental awareness was different,” said Jean Paul Metzger, professor of landscape ecology and conservation at the University of São Paulo’s Institute of Biosciences (IB-USP) and first author of the paper.

The above amount derives from research and analysis conducted to compute the value of ecosystem services and apply it to the 270 million hectares of native vegetation in Brazil’s biomes. These estimates are consolidated and have been used for years by experts in the field, including the UN Intergovernmental Science Policy Platform on Biodiversity and Ecosystem Services (IPBES).

“It’s an important paper because it presents sound information that can be used to refute the arguments of those who want to change the Brazilian Forest Code and do away with the Legal Reserve requirement,” said Carlos Joly, one of the paper’s scientist signatories.

Joly is a member of the steering committee for the São Paulo Research Foundation – FAPESP Research Program on Biodiversity Characterization, Conservation, Restoration and Sustainable Use (BIOTA-FAPESP).

According to Joly, it is important to bear in mind the distinction between a “Legal Reserve” (RL) and a “Permanent Conservation Area” (APP) in Brazilian law. They are complementary, he stressed. “The one can’t replace the other. The Legal Reserve is crucial to maintain or restore environmental services. It’s essential not only for biodiversity but also for soil protection and permeability, aquifer replenishment, water source conservation, carbon storage, and the maintenance of pollinator populations, a matter of interest to farmers and the landowners themselves,” Joly said.

Brazilian law requires rural landowners to leave forest cover intact on a certain percentage of their property varying from 80% in the Amazon to 35% in the transitional area between the Amazon and Cerrado and 20% in other biomes, including the Atlantic Rainforest, Caatinga, Cerrado, Pantanal and Pampa. All such areas currently correspond to almost one-third of Brazil’s native vegetation.

“Brazil conserves a great deal, protecting over 60% of its vegetation cover, and has strict legislation. It’s ranked 30th by the World Bank, behind Sweden and Finland, which protect approximately 70%. However, we must call attention to the fact that conservation isn’t bad,” Metzger said.

The paper was written in response to a bill put before the Brazilian Senate in 2019 (Projeto de Lei 2362). The proponents have since withdrawn the bill, which would have weakened the Legal Reserve requirement or eliminated it altogether. A Portuguese-language translation of the paper will be taken to Congress and presented to members of both houses as well as technical staff.

One of the arguments provided by the authors of the paper refers to the impact of pollinators on coffee yields. “A study performed by our group showed that coffee bean production is much higher when bees are present and that this represents a gain of BRL 2 billion to BRL 6 billion per year for Brazil. Without the work done by bees, coffee production would fall by 20%,” Metzger said.

However, pollination services take place only in areas close to natural vegetation, typically within a radius of under 300 meters, and require the creation of interfaces between crops and native vegetation.

“It’s important to bear in mind that ecosystems need to be balanced. You only lose if you clear an area of bush to plant soybeans and end up without these services. That’s the whole point of the Legal Reserve requirement,” said Paulo Artaxo, a member of the steering committee of the FAPESP Research Program on Global Climate Change (RPGCC) and a scientist signatory to the paper.

“Farmers sometimes take a short-term view that focuses on three or four years of personal profit, but the nation is left with an enormous losses. This mindset should go. The paper makes that very clear.”

Scienmag Dec 19, 2019
SPbPU holds the 'Polytech Days in Berlin 2020' devoted to the 120 years anniversary since the foundationCredit:…

Astronomers reveal interstellar thread of one of life’s building…