Production Sites of Stars are Rare 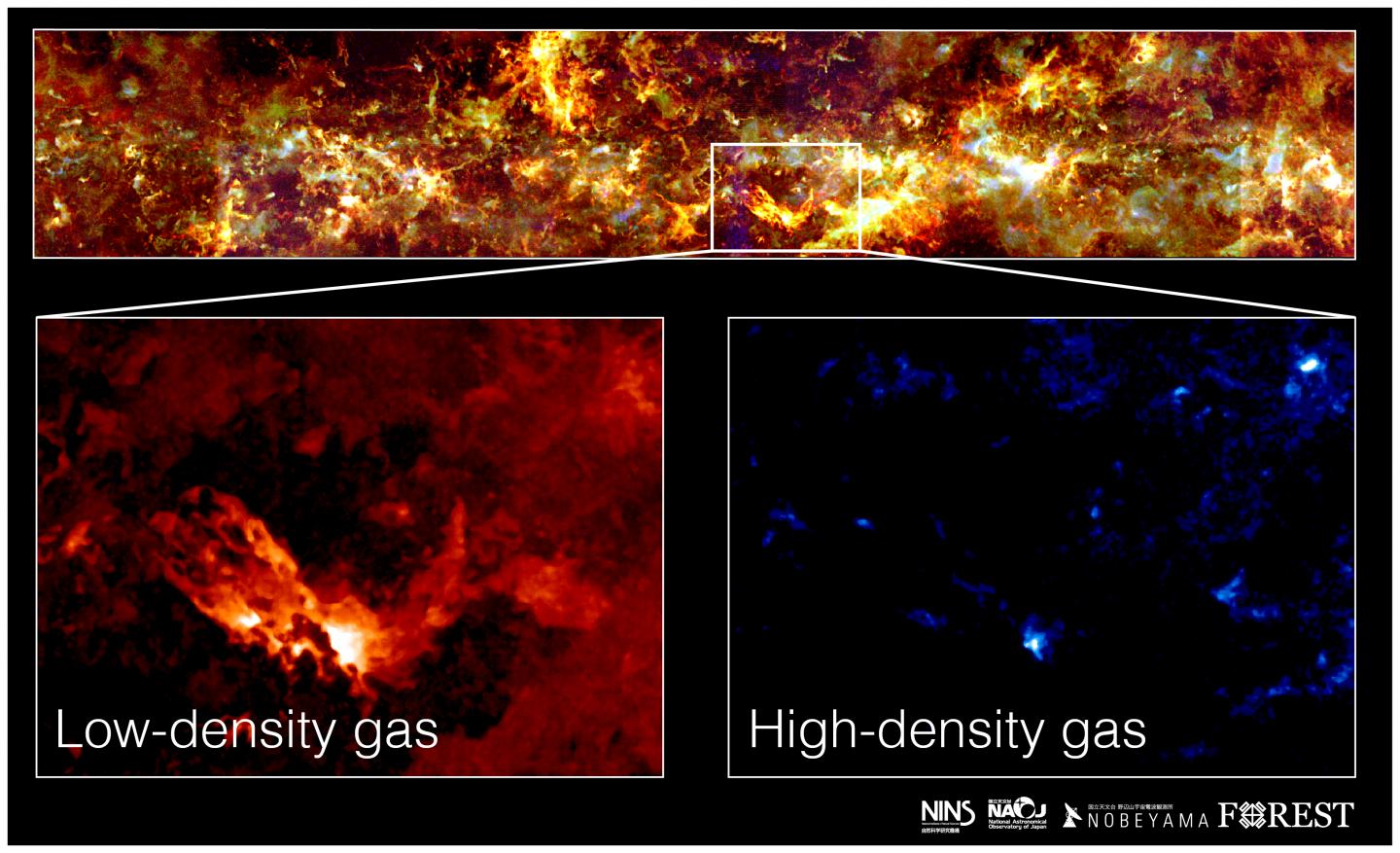 Astronomers using the Nobeyama Radio Obeservatory (NRO) 45-m telescope found that high-density gas, the material for stars, accounts for only 3% of the total mass of gas distributed in the Milky Way. This result provides key information for understanding the unexpectedly low production rate of stars.

The Milky Way survey project “FUGIN” conducted using the NRO 45-m telescope and the multi-beam receiver FOREST overcame these difficulties. Kazufumi Torii, a project assistant professor at NAOJ, and his team analyzed the big data obtained in the FUGIN project, and measured the accurate masses of the low-density and high-density gas for a large span of 20,000 light-years along the Milky Way. They revealed for the first time that the high-density gas accounts for only 3% of the total gas.

These results imply the production rate of high-density gas in the low-density gas clouds is small, creating only a small number of opportunities to form stars. The researcher team will continue working on the FUGIN data to investigate the cause of inefficient formation of the high-density gas.

These observation results were published as K. Torii et al. “FOREST Unbiased Galactic plane Imaging survey with the Nobeyama 45 m telescope (FUGIN). V. Dense gas mass fraction of molecular gas in the Galactic plane” as an on-line paper of the Publications of the Astronomical Society of Japan on 2019 Apr., and will be published as a special issue.