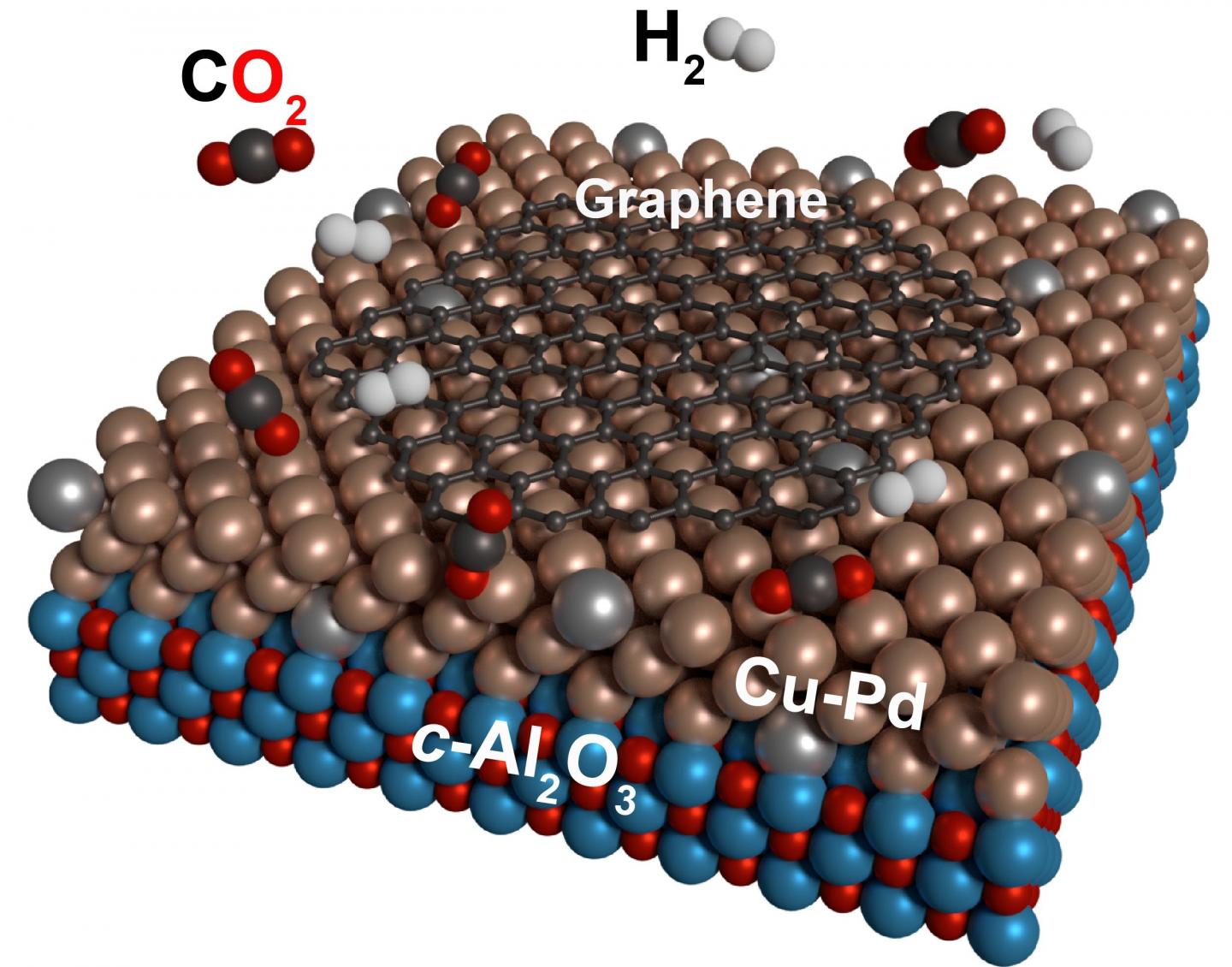 The general public knows the chemical compound of carbon dioxide as a greenhouse gas in the atmosphere and because of its global-warming effect. However, carbon dioxide can also be a useful raw material for chemical reactions. A working group at Karlsruhe Institute of Technology (KIT) has now reported on this unusual application in the ChemSusChem journal. They are using carbon dioxide as a raw material to produce graphene, a technological material which is currently the subject of intense study. (DOI: 10.1002/cssc.201901404)

The combustion of fossil fuels such as coal and oil produces energy for electricity, heat and mobility, but it also leads to an increase of the amount of carbon dioxide in the atmosphere and therefore to global warming. Cutting this causal chain is what motivates scientists to search for alternative energy sources but also for alternative uses of carbon dioxide. One possibility could be to see carbon dioxide as an inexpensive raw material for the synthesis of valuable materials, feeding it back into the reusability cycle – maybe even in a profitable way.

An example can be found in nature. During photosynthesis in the leaves of plants, the combination of light, water and carbon dioxide creates biomass, closing the natural material cycle. In this process, it is the job of the metal-based enzyme RuBisCo to absorb the carbon dioxide from the air and make it usable for the further chemical reactions in the plant. Inspired by this metal enzyme-based natural conversion, researchers at KIT are now presenting a process in which the greenhouse gas carbon dioxide together with hydrogen gas is converted directly into graphene at temperatures of up to 1000 degrees Celsius with the help of specially prepared, catalytically active metal surfaces.

Graphene is the two-dimensional form of the chemical element carbon, which has interesting electrical properties and is therefore an option for new future electronic components. Its discovery and workability in 2004 led to worldwide, intensive research and earned the discoverers, Andre Geim and Konstanin Novoselov, the Nobel Prize for Physics in 2010. The two removed the graphene manually from a block of graphite using tape.

Several working groups at KIT have collaborated to present a method in the ChemSusChem journal for separating graphene from carbon dioxide and hydrogen by means of a metal catalyst. “If the metal surface exhibits the correct ratio of copper and palladium, the conversion of carbon dioxide to graphene will take place directly in a simple one-step process,” explains the head of the study, Professor Mario Ruben, from the Molekulare Materialien working group at the Institute of Nanotechnology (INT) and the Institute for Inorganic Chemistry (AOC) at KIT. In further experiments the researchers were even able to produce graphene several layers thick, which could be interesting for possible applications in batteries, electronic components or filter materials. The working group’s next research goal is to form functioning electronic components from the graphene thus obtained. Carbon materials such as graphene and magnetic molecules could be the building blocks for future quantum computers, which enable ultra-fast and energy-efficient calculations but are not based on the binary logic of today’s computers.

Using an embryonic pause to save the date

A warming Midwest increases likelihood that farmers will need to irrigate

Digital records of preserved plants and animals change how scientists…