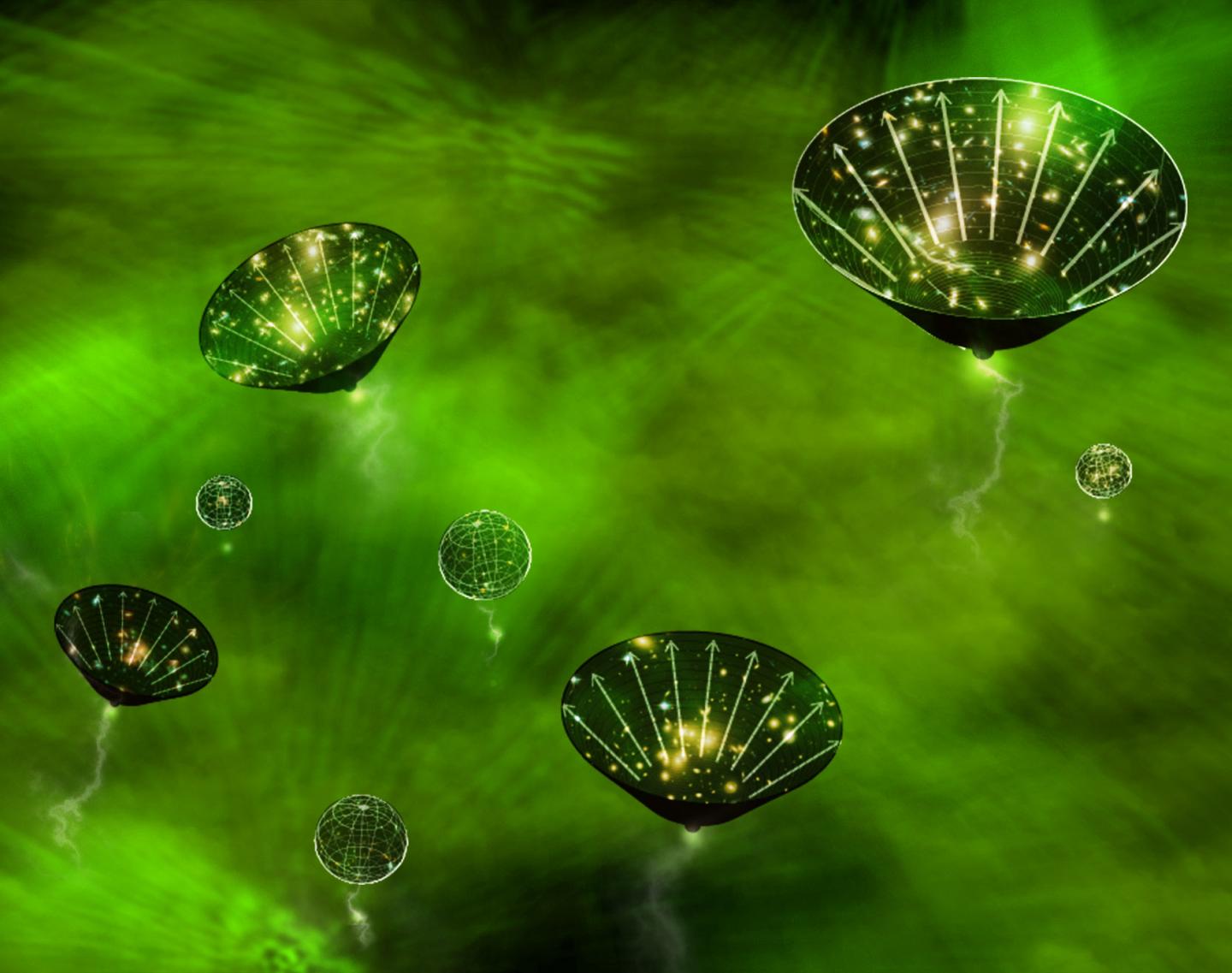 The Kavli Institute for the Physics and Mathematics of the Universe (Kavli IPMU) is home to many interdisciplinary projects which benefit from the synergy of a wide range of expertise available at the institute. One such project is the study of black holes that could have formed in the early universe, before stars and galaxies were born.

Such primordial black holes (PBHs) could account for all or part of dark matter, be responsible for some of the observed gravitational waves signals, and seed supermassive black holes found in the center of our Galaxy and other galaxies. They could also play a role in the synthesis of heavy elements when they collide with neutron stars and destroy them, releasing neutron-rich material. In particular, there is an exciting possibility that the mysterious dark matter, which accounts for most of the matter in the universe, is composed of primordial black holes. The 2020 Nobel Prize in physics was awarded to a theorist, Roger Penrose, and two astronomers, Reinhard Genzel and Andrea Ghez, for their discoveries that confirmed the existence of black holes. Since black holes are known to exist in nature, they make a very appealing candidate for dark matter.

The recent progress in fundamental theory, astrophysics, and astronomical observations in search of PBHs has been made by an international team of particle physicists, cosmologists and astronomers, including Kavli IPMU members Alexander Kusenko, Misao Sasaki, Sunao Sugiyama, Masahiro Takada and Volodymyr Takhistov.

To learn more about primordial black holes, the research team looked at the early universe for clues. The early universe was so dense that any positive density fluctuation of more than 50 percent would create a black hole. However, cosmological perturbations that seeded galaxies are known to be much smaller. Nevertheless, a number of processes in the early universe could have created the right conditions for the black holes to form.

One exciting possibility is that primordial black holes could form from the “baby universes” created during inflation, a period of rapid expansion that is believed to be responsible for seeding the structures we observe today, such as galaxies and clusters of galaxies. During inflation, baby universes can branch off of our universe. A small baby (or “daughter”) universe would eventually collapse, but the large amount of energy released in the small volume causes a black hole to form.

An even more peculiar fate awaits a bigger baby universe. If it is bigger than some critical size, Einstein’s theory of gravity allows the baby universe to exist in a state that appears different to an observer on the inside and the outside. An internal observer sees it as an expanding universe, while an outside observer (such as us) sees it as a black hole. In either case, the big and the small baby universes are seen by us as primordial black holes, which conceal the underlying structure of multiple universes behind their “event horizons.” The event horizon is a boundary below which everything, even light, is trapped and cannot escape the black hole.

In their paper, the team described a novel scenario for PBH formation and showed that the black holes from the “multiverse” scenario can be found using the Hyper Suprime-Cam (HSC) of the 8.2m Subaru Telescope, a gigantic digital camera–the management of which Kavli IPMU has played a crucial role–near the 4,200 meter summit of Mt. Mauna Kea in Hawaii. Their work is an exciting extension of the HSC search of PBH that Masahiro Takada, a Principal Investigator at the Kavli IPMU, and his team are pursuing. The HSC team has recently reported leading constraints on the existence of PBHs in Niikura, Takada et. al. (Nature Astronomy 3, 524-534 (2019))

Why was the HSC indispensable in this research? The HSC has a unique capability to image the entire Andromeda galaxy every few minutes. If a black hole passes through the line of sight to one of the stars, the black hole’s gravity bends the light rays and makes the star appear brighter than before for a short period of time. The duration of the star’s brightening tells the astronomers the mass of the black hole. With HSC observations, one can simultaneously observe one hundred million stars, casting a wide net for primordial black holes that may be crossing one of the lines of sight.

The first HSC observations have already reported a very intriguing candidate event consistent with a PBH from the “multiverse,” with a black hole mass comparable to the mass of the Moon. Encouraged by this first sign, and guided by the new theoretical understanding, the team is conducting a new round of observations to extend the search and to provide a definitive test of whether PBHs from the multiverse scenario can account for all dark matter.

2. Kavli Institute for the Physics and Mathematics of the Universe (WPI), UTIAS The University of Tokyo, Kashiwa, Chiba 277-8583, Japan

Kavli IPMU: Primordial black holes and the search for dark matter from the multiverse