The latest developmental drugs, particularly for the use in oncology, rely on the targeted degradation of harmful pathogenic proteins. In a recent study, researchers at CeMM, the Research Center for Molecular Medicine of the Austrian Academy of Sciences, and the University of Dundee (UK) identify potential resistance mechanisms and provide insights on how to overcome them. 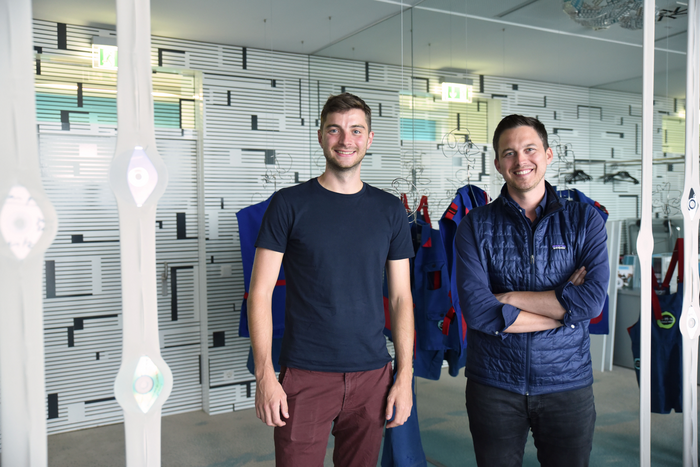 The latest developmental drugs, particularly for the use in oncology, rely on the targeted degradation of harmful pathogenic proteins. In a recent study, researchers at CeMM, the Research Center for Molecular Medicine of the Austrian Academy of Sciences, and the University of Dundee (UK) identify potential resistance mechanisms and provide insights on how to overcome them.

Traditional targeted cancer therapies mainly rely on drugs that bind pathogenic proteins and inhibit their function. The latest development of drugs has brought forward chemical molecules known as degraders, which force the targeted degradation of disease relevant proteins. This method of targeted protein degradation is not only more efficient, but also better at overcoming potential drug resistance. For many years, CeMM Principal Investigator Georg Winter and his research group have been working on further developing this paradigm. Small-molecule degraders work like a glue by recruiting the defective, disease-causing protein to effectors of the cellular waste disposal systems, which are known as E3 ubiquitin ligases. This binding in turn kick-starts the degradation process of the defective protein. Alexander Hanzl, first author and PhD student in the Winter Lab at CeMM, conducted a study to investigate which resistances can arise during the degradation process. He explains, One challenge with degraders is that they have to bind two sites at once – both the defective protein and a protein of our cell’s own degradation system, the E3 ligase. It is therefore all the more important to understand the process of binding and ubiquitination in functional detail. Only then can future degraders be modeled in the best possible way.

In their study, the authors identified a variety of mutations on E3 ligases which mediate resistances in cell cultures. These include mutations already identified in patients whose therapy with degraders was unsuccessful. Georg Winter, who supervised the study, explains: We tested a large number of different proteins and degraders. On one hand, we see that some mutations in E3 ligases prevent defective proteins from being recruited. At the same time, however, we see that some of these mutations exhibit high sensitivity to chemically modified degraders. Therefore, mutations can still be targeted by changing the chemical structure of the degrader. In other words, resistances can be overcome. This demonstrates that the results of this study can have clinical relevance as well.

Increasing the reach of degraders

A number of degrader drugs are currently being tested in clinical trials, and some are already available to patients, especially for various types of blood cancers. The increased understanding of resistance mechanisms enables further improvement of these types of drugs. “Traditional therapeutics that take the approach of blocking an isolated function of a protein only reach about 20% of our proteins. For the other 80% there are no suitable binding sites and as a result, they cannot be targeted. We see great potential in this new generation of drugs using targeted protein degradation to significantly increase the space of targetable proteins and potentially reach the remaining 80% of proteins”, Winter says. The study results make an important contribution to the improved design of degraders. Cancer patients in particular could benefit from a clinical application of the findings in the future.

Alessio Ciulli, professor at the University of Dundee, adds, For the first time we have been able to examine at the molecular level how drug resistance emerges by virtue of these E3 ligase mutations. This is extremely important because these findings highlight the mechanism that can anticipate how a patient might respond to these drugs.

Georg Winter obtained his PhD from the Medical University of Vienna, working on elucidating the mechanism of action of anti-neoplastic drugs under the supervision of Prof. Giulio Superti-Furga at CeMM. He specialized in proteomics as well as chemical-genetic approaches to identifying drug resistance mechanisms and on mechanistically elucidating synergistic drug combinations. After his PhD, he continued his training in chemical biology and worked as a postdoctoral fellow with James Bradner at the Dana Farber Cancer Institute of Harvard Medical School. There, he developed a pharmacological solution for target protein degradation and applied this strategy to the study of leukemic gene regulation. Since 2016, Georg Winter has been a Principal Investigator at CeMM. His lab develops methods and applies them to target protein degradation to understand and block oncogenic transcriptional circuits. To this end, the Winter lab combines phenotypic drug screens, chemical genetics, and drug target identification approaches with holistic measurements of global gene activity and genome structure. The goal of Georg Winter’s research is to combine basic research on gene regulation and the ubiquitin-proteasome system with functional genomics and chemical compound development to develop novel and personalized therapeutic paradigms.

The CeMM Research Center for Molecular Medicine of the Austrian Academy of Sciences is an international, independent, and interdisciplinary research institution for molecular medicine under the scientific direction of Giulio Superti-Furga. CeMM is oriented towards medical needs and integrates basic research and clinical expertise to develop innovative diagnostic and therapeutic approaches for precision medicine. Research focuses on cancer, inflammation, metabolic and immune disorders, and rare diseases. The Institute’s research building is located on the campus of the Medical University and the Vienna General Hospital. cemm.at