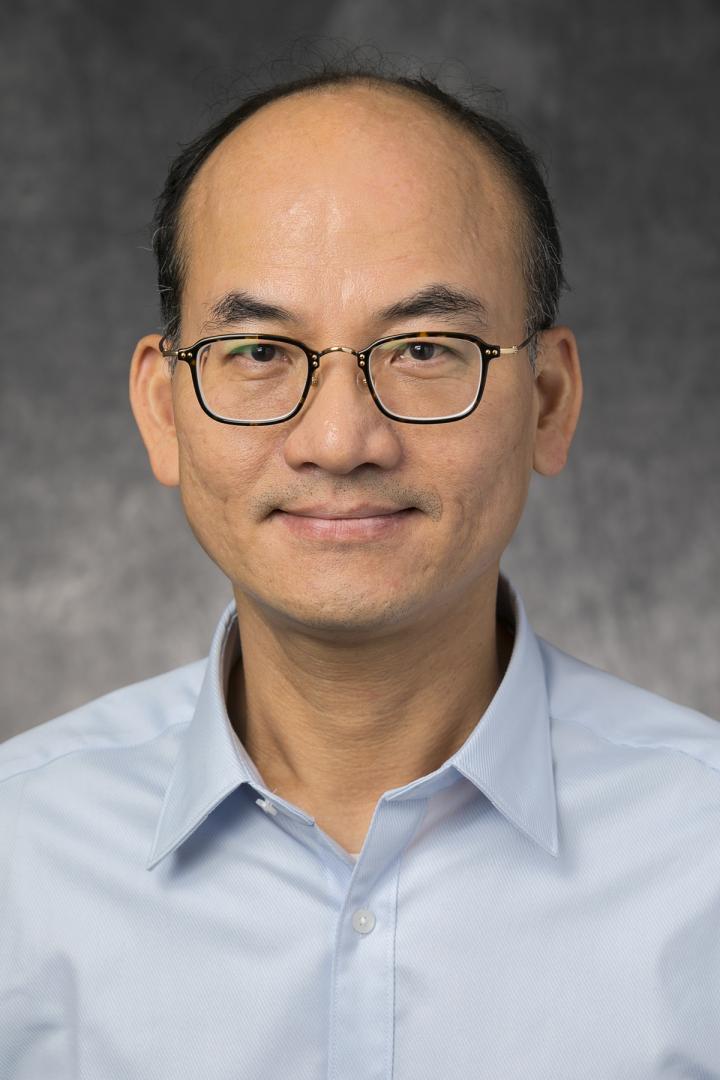 B. multivorans is a notorious pathogen that can cause infections such as pneumonia in immune-compromised individuals with underlying lung diseases, including cystic fibrosis. This pathogen can also cause rapid clinical deterioration in patients, including blood stream infections, which can lead to death. What makes B. multivorans especially dangerous is that it is intrinsically resistant to a broad range of antibiotics, creating a major challenge to treatment.

Now, with a $3.34M grant from the National Institute of Allergy and Infectious Diseases of the National Institutes of Health, Edward W. Yu, PhD, professor of pharmacology at Case Western Reserve University School of Medicine, is conducting research that could help physicians better understand how bacteria such as B. multivorans resist antibiotics, potentially leading to improved treatments.

Yu and his colleagues, including Robert A. Bonomo, MD, professor of medicine, pharmacology, molecular biology and microbiology at CWRU, and chief of the medical service at Louis Stokes Cleveland VA Medical Center, will focus on describing the structure and function of cell-wall strengthening (“remodeling”) machinery in B. multivorans and identifying peptide-based inhibitors to block this process, thus reducing the potential life-threatening activity of the bacteria.

Previously, Yu found that B. multivorans uses reinforced cell walls to thwart antibiotics. It does this by transporting lipid compounds – called hopanoids – from its inner cell membrane to its outer cell membrane, making the latter stronger and stiffer. This prevents antibiotics from doing their job by rendering the bacteria impregnable. “My goal is to disable the wall structures, allowing antibiotics to penetrate the bacteria and render it ineffective,” he said.

Under the new grant, Yu will target two proteins called HpnN and HpnM. Based on preliminary data, his hypothesis is that HpnN shuttles hopanoids from the inner cell membrane to the outer membrane, strengthening the cell wall, a process that may also require the participation of HpnM. Yu and colleagues will examine both proteins to determine their precise role in strengthening the outer membrane and thus prohibiting antibiotics from entering and doing their job. They will use a variety of tools to carry out their work.

For example, they will work to identify novel peptides that block HpnN and HpnM from transporting hopanoids to the outer cell membrane, thus rendering B. multivorans susceptible to antibiotics in principle. They will then use various bacteria strains and mouse models of infection to test the effectiveness of these inhibitors – which can serve as the basis for identifying existing antibiotics to tackle the now-enfeebled B. multivorans. “These peptides also represent a novel approach to the treatment of drug-resistant infections that may potentially enhance the immune response,” said Bonomo. “Peptide antibiotics could also act synergistically with our existing antibiotics to render bacteria even more susceptible and enhance treatment. If successful, our strategy could be transferred to other bacterial pathogens such as E. coli, Neisseria, Pseudomonas and Acinetobacter infections, which would provide a way to treat these infections with existing antibiotics.”

Cystic fibrosis is a serious, progressive, genetic disease that causes persistent lung infections and limits the ability to breathe over time. It affects at least 30,000 people in the United States; between 900 and 1,000 new cases are diagnosed every year.

“Our goal is to surmount the B. multivorans wall and enable antibiotics currently ineffective against the pathogen to be re-introduced into use in patients with serious infections,” said Yu.

Getting an ‘eel’ for the water: The physics of undulatory human…

Scienmag Oct 3, 2019
Researchers led by the University of Tsukuba produce the most detailed motion capture of undulatory swimming and…

Researcher discovers how mosquitoes integrate vision and smell to…