No major downside to the additional procedures 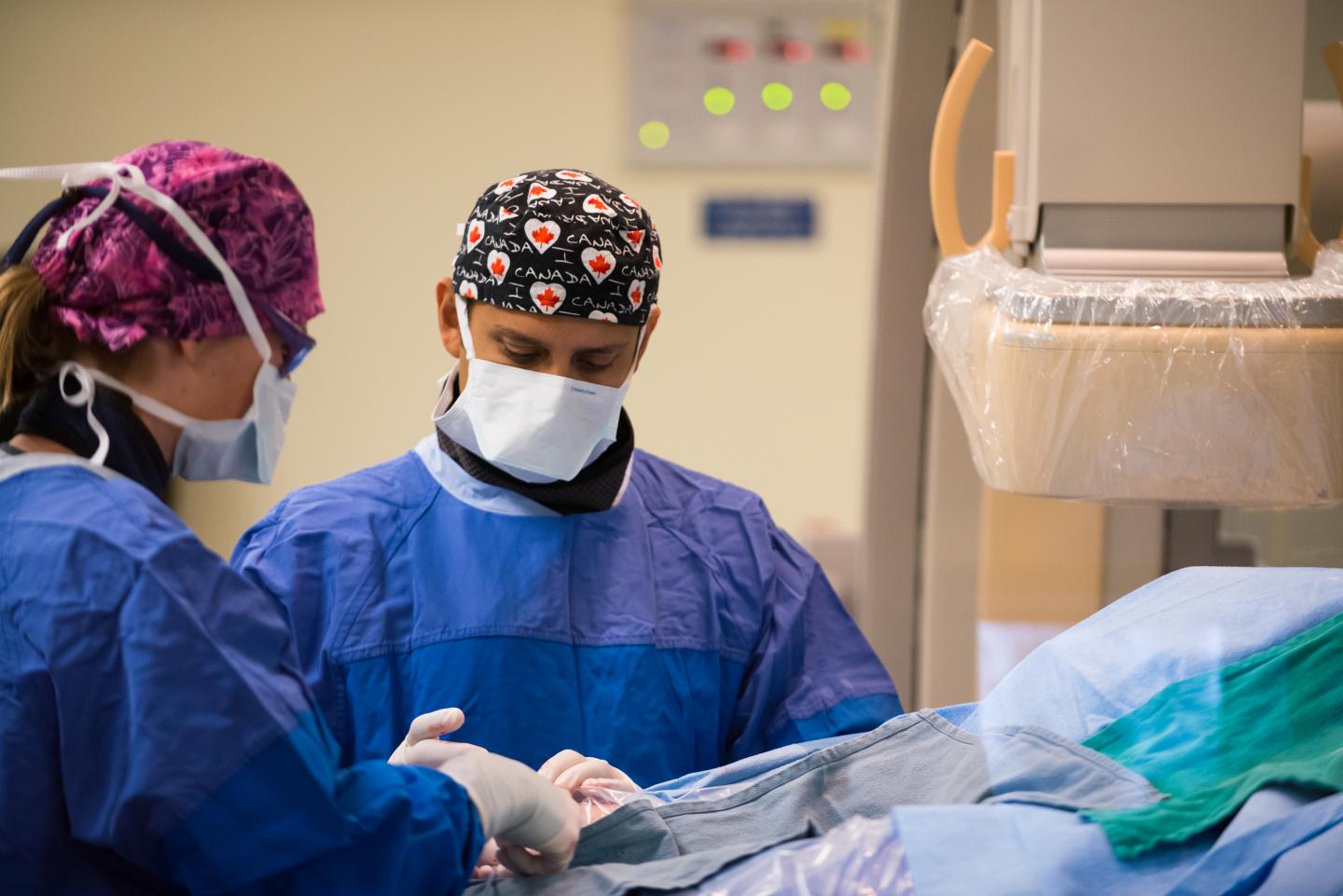 HAMILTON, ON (Sept. 1, 2019) – A major international study has shown that opening all clogged arteries with stents after a serious heart attack is much better than opening only the single clogged artery that caused the heart attack.

About half of all heart attack victims are found to have additional clogged arteries in addition to the one that caused their heart attack. Previously, doctors focused on opening the one artery responsible for the heart attack, leaving the other blockages for treatment with medication alone. The new study, a collaboration of 130 hospitals in 31 countries, has shown that opening all the blockages is better than treating only the one blockage causing the heart attack. This led to a 26 per cent reduction in the patient’s risk of dying or having a recurrent heart attack.

The study, known as the COMPLETE trial, was published today in the New England Journal of Medicine and presented as a late-breaking clinical science session at the European Society of Cardiology Congress together with the World Congress of Cardiology in Paris, France.

“Given its large size, international scope and focus on patient-centered outcomes, the COMPLETE trial will change how doctors treat this condition and prevent many thousands of recurrent heart attacks globally every year,” said study leader Dr. Shamir R. Mehta of the Population Health Research Institute (PHRI) of McMaster University and Hamilton Health Sciences.

He said that although it had been known that opening of the single blocked artery that caused the heart attack with stents was beneficial, it was unclear whether additional stents to clear the other clogged arteries further prevented death or heart attack. In most cases, doctors would just treat the additional blockages with medication alone.

“This study clearly showed that there is long term benefit in preventing serious heart-related events by clearing all of the arteries. There was also no major downside to the additional procedures,” said Mehta.

The COMPLETE study, led by the PHRI and funded by the Canadian Institutes of Health Research, involved 4,041 patients and is the first large, randomized, international trial to show a reduction in major outcomes with this approach.

“The benefits emerged over the long term and were similar when the additional stent procedures were done anytime in the first 45 days after the heart attack,” said Mehta who is also a PHRI senior scientist, a professor of medicine at McMaster University and an interventional cardiologist of Hamilton Health Sciences.

Over the median of three years, a second heart attack or cardiovascular death dropped to 7.8 per cent of the patients who had the complete revascularization compared to 10.5 per cent of those who had a stent only for the artery that caused the first heart attack, a highly significant difference, said Mehta. The benefit was even more sizable when factoring in other untoward events such as severe chest pain necessitating a repeat stenting procedure.

There was no difference between the groups on whether they experienced side effects, including stroke and major bleeding.

For more information or to arrange an interview, please contact:

Celiac disease might be cured by restoring immune tolerance to gliadin